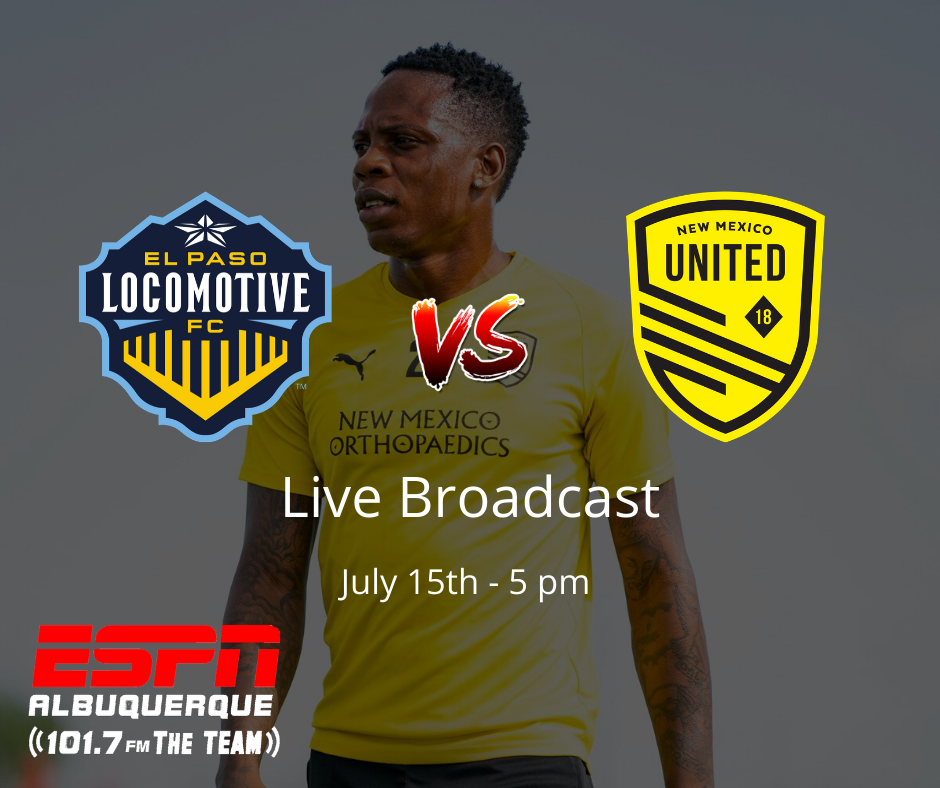 With the reworked 2020 Usl schedule, there aren’t many opportunities for clubs to have more than a few days off at any given time. Fortunately, New Mexico United (1-1-0) is no stranger to quick turnarounds. Several times last year, United was faced with this exact situation. While the result didn’t always go in their favor, they should be prepared for it.

In their first match, United came out of Colorado Springs with a tough 2-1 victory over an improved Switchbacks FC club. Despite the win, it’s hard to think that either of the clubs walked away happy with the play on the pitch. After the long break though, it would be hard to say that there was an expectation of greatness.

With the compressed schedule, United has a chance to build some momentum with two straight matches against El Paso Locomotive FC (1-0-1). The history between the two clubs has been nothing short of tense. Over the course of the meetings in 2019, there were eight yellow cards and two red cards awarded during the course of play. Granted, with the roster turnover there may not be the same level on intensity as before.

In their last match, El Paso dominated possession en route to a 1-0 win over Rio Grande Valley.  In the two matches they’ve played so far, Locomotive has seemed to pick up where last season ended. After finishing 6th in the Western Conference they also have high hopes for the 2020 season. Leading scorer Jerome Kiesewetter is gone, but there are plenty of returning players for Head Coach Mark Lowry to pull from to create his matchday roster.

Sam Hamilton – A multi-talented player who featured for United in their inaugural season both in the midfield and defensive third, Sam played well against Colorado Springs and could play a prominent role going forward. Sam’s ability to track the ball and make the correct reads will be crucial against an El Paso team that is very good in the final third.

Aaron Gomez – El Paso re-acquired Gomez on loan from FC Juarez ahead of the 2020 season. Gomez tallied 6 goals in 17 appearances for Locomotive during the 2019 season and has one already this season. A proven scorer, he will need to be marked and not allowed space.

Wednesday’s match is set for a 7 pm (Mountain) kickoff from Southwest University Park in El Paso. The match will be broadcast live on ESPN+ and can be heard locally on ESPN Radio 101.7 The TEAM as well as via The TEAM app.