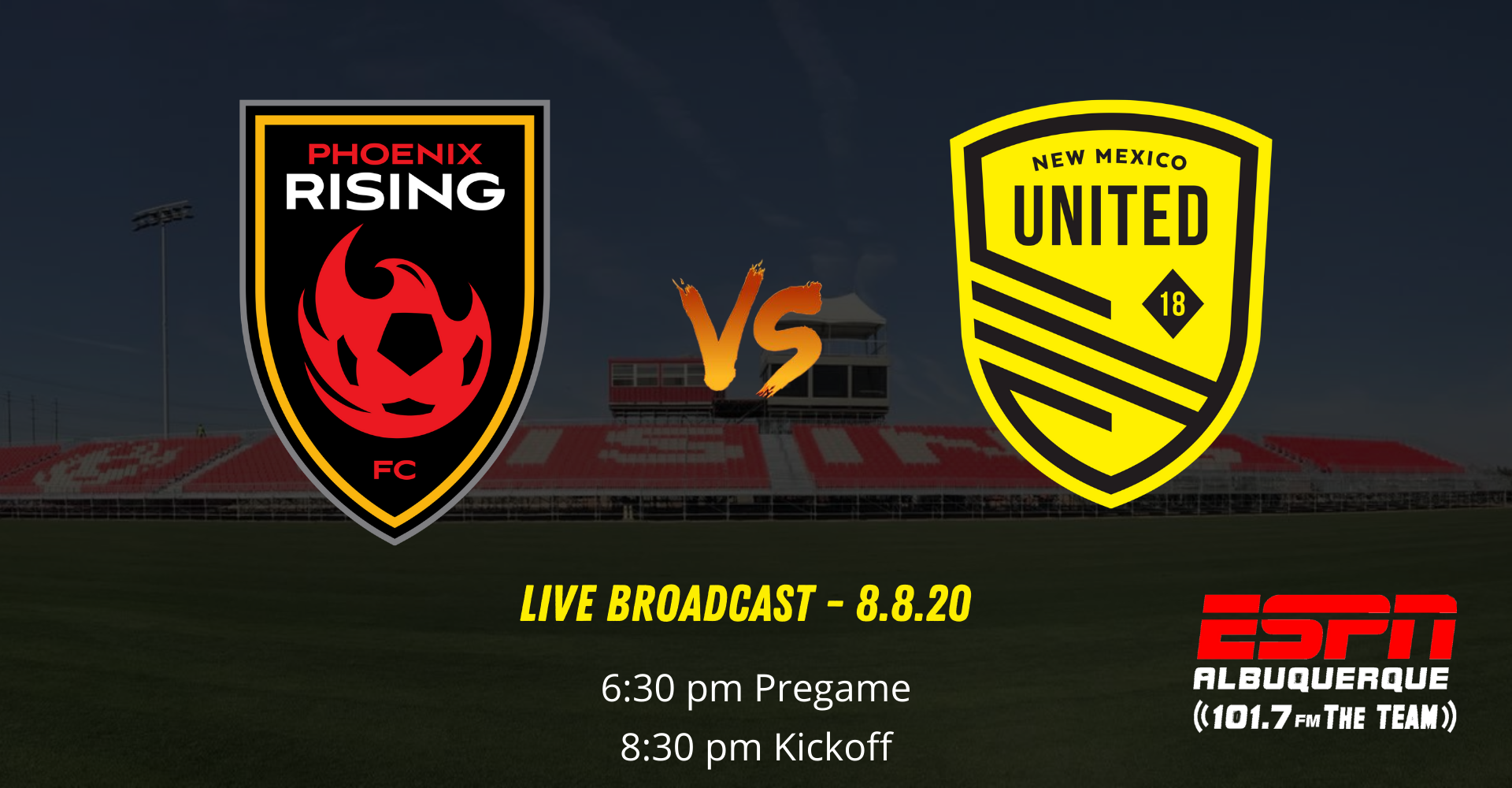 New Mexico United (3-1-1) and Phoenix Rising FC (3-1-1) both have an opportunity to make a statement on Saturday night. Both clubs are currently sitting on 10 points in their respective groups, and a win would put either in a much stronger position.

Rising FC was one of the top clubs last season and spent their off-season maintaining one of the most prolific squads in USL history. Even with their record-setting year, they could not manage to get a win against the expansion United club. The two clubs managed to combine for 14 goals and 18 yellow cards between the three meetings.

Yet, it’s not a rivalry, according to some folks.

In the off-season, Rising FC sought to improve upon their high powered offense. In their attempt to do so, they brought in now-former United midfielder Santi Moar. They also brought in Rufat Dadshov from the German fourth tier. In the short time that the league has been back in action, Dadashov has more than proved his value to the club. With four goals already, Dadashov has equaled the total of both Junior Flemmings and Solomon Asante.

Moar, on the other hand, has barely featured for a Rising squad that is loaded with talent. After missing time with an early-season injury and a red card suspension, the Spaniard has only seen the pitch for a total of 93 minutes. With this weekend’s there’s a reasonable level of expectation that he will see significant playing time against United. The question surrounding his appearance is whether or not he will have an impact on the outcome of the match. In his limited playing time so far, he’s managed four shots with only one of those being on target.

Corey Whelan – One of the returning defensive players from a unit that was dominating in 2019, Whelan has taken on a more significant role since the departures of James Musa and Amadou Dia. After only a handful of appearances last season, Whelan hasn’t missed a minute so far in 2020. With ten clearances, six blocks, and seven interceptions, he’s become integral to the success of Rising FC.

When it comes to being away from home, United has more than proven themselves capable of taking care of business. The longer the season continues, the less likely it is that United will step foot inside The Lab this year. With the way that United is playing currently, they may not want to return.

Still undefeated since the restart, United is playing full of momentum and find themselves looking down from the top of Group C. After the win last week over OKC Energy FC, United sit five points clear of second place in a group that was expected to be the most unpredictable. Despite all the injuries that the club has suffered, Troy Lesesne keeps putting out team sheets that put together the best possible outcomes. The versatility of the players on this roster has shone through every week.

Over the past few weeks, Daniel Bruce has played right back, Josh Suggs has played at left-wing, and Saalih Muhammad has moved to play center-back. Every single move that Lesesne has made has worked.

United’s resiliency has been one of the defining characteristics of this club since it’s inception. With only 11 matches left, United has everything to play for and could find themselves well ahead of the rest of the group with a win on Saturday. In order for them to do that though, they will have to find a way to slow down the attack of Phoenix. For United that starts in the midfield. Juan Pablo Guzman and whoever is paired with him in the center of the pitch with have the unenviable task of trying to slow down Flemmings and Asante.

The first task is to slow them down and preventing some of their runs. The rest falls to whoever mans the backline. Depending on the injury situation, United is likely to play four at the back again with Josh Suggs, Kalen Ryden, Muhammad, and Austin Yearwood. The key for them will be to maintain their shape and not give Rising FC clear chances inside the box. Rising can be relentless in their attempts and will try to come from different angles to try and disrupt United’s defense.

Kalen Ryden – Ryden’s signing has proven fruitful for United so far in the shortened season. In the first five matches, Ryden has delivered 23 clearances, five blocks, and 14 interceptions. As a whole, the entire defense has played better and allowed opponents far fewer chances leading to more opportunities for United to get the ball forward.

Saturday night’s match is scheduled for an 8:30 p.m.(mountain) kickoff from Casino Arizona Field in Tempe, Arizona. The match will be broadcast live on-air on ESPN Radio 101.7 The TEAM, online at 10107theteam.com, and on the TEAM App. You can also stream the match on ESPN+.