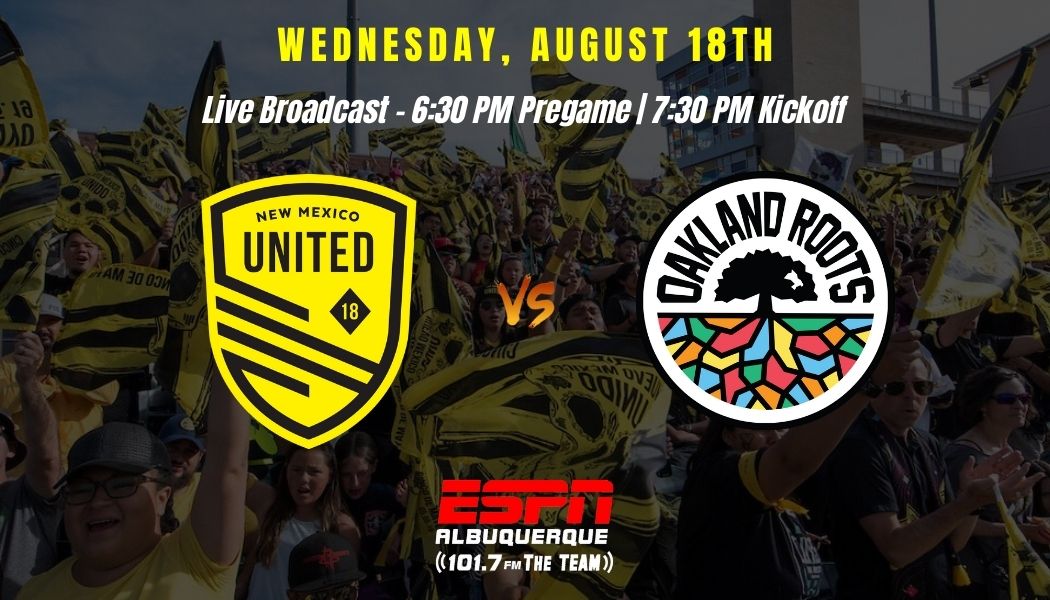 After dropping two more points to the Mountain Division leaders, New Mexico United has to quickly rebound when they face Oakland Roots on Wednesday night. Given United’s current form, a visit from Oakland could be beneficial for United.

While United supporters were spoiled during the club’s first season, Roots supporters haven’t been so lucky. A tumultuous pre-season saw their manager leave, and the issues continued into the season with postponed matches and facility issues. Those issues and the play on the pitch have contributed to a record of 2-8-4 on the season so far. The Roots’ vision to Albuquerque could feature the return of a former United player, Saalih Muhammad.

Oakland is a club that hasn’t figured out an identity yet. They don’t have a true scoring threat, and they aren’t solid in the defensive third. Through 14 matches played, they have scored 10 goals while conceding 23. Their scoring woes have resulted in them being held goalless nine times, and they sit at the bottom of the entire league in scoring. Neither of those stats bode well for the Roots on Wednesday against a United side that already has five clean sheets to their credit.

Jesus Enriquez – Despite only appearing in 11 matches so far this season, Enriquez has been showing his worth to the Roots organization. He currently leads the club in chances created, ranks second in shots taken and goals scored, and is tied for the club lead in assists. The 24-year-old forward still has a lot of development ahead of him, but he’s shown flashes of what he can do.

New Mexico United is still looking to snap their winless streak after the stunning result against El Paso over the weekend. In a match that United seemed to have figured some of their issues out, their inability to close out the match against the 10-man Locomotive cost them two important points. With any luck, their newest signing will be able to help break out of the slump they are in.

On Tuesday, New Mexico United announced that they had acquired Chris Wehan from Orange County SC for an undisclosed fee. Reports from Orange County indicated that the fee was a record for an intra-USL transfer. Wehan returns to United after leaving before the 2021 season to play for his hometown club. The re-introduction of Wehan will provide United with a proven goal-scoring threat and creativity in the final third.

Even with their offensive issues, the club has continued to play well defensively. There were some struggles maintaining possession against El Paso, but the matchup against Oakland should go in United’s favor.

Chris Wehan – If Wehan is available to play on Wednesday, he will be the player to keep an eye on. Wehan should be able to slide right into the team sheet and make an immediate impact. He is familiar with the system that Troy Lesesne likes to use, and his presence on the pitch can create openings going forward.

Wednesday night’s match is scheduled to kickoff at 7:30 p.m. (MST) from The Lab. The match will be streamed live on ESPN+. Fans not in attendance can listen to the game live on ESPN Radio 101.7 The TEAM, via The TEAM app, and The TEAM website.