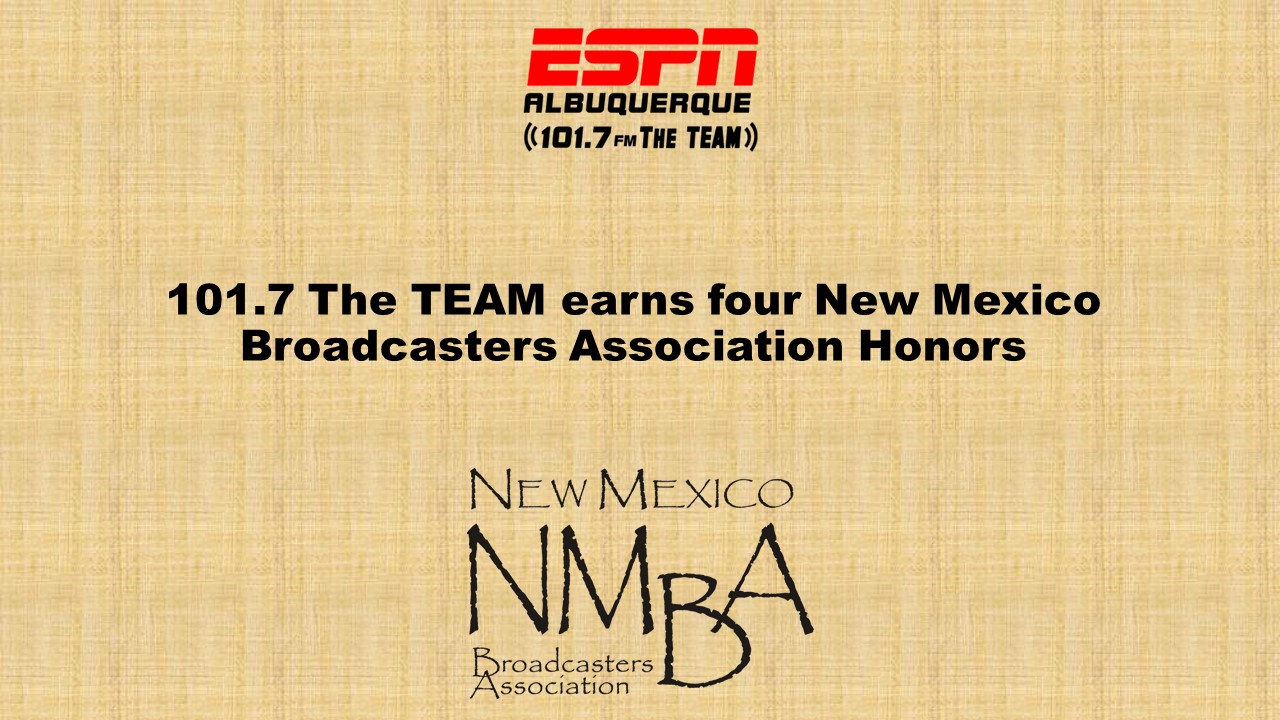 ESPN Radio 101.7 The TEAM is proud to have been recognized by the New Mexico Broadcasters Association with four awards.