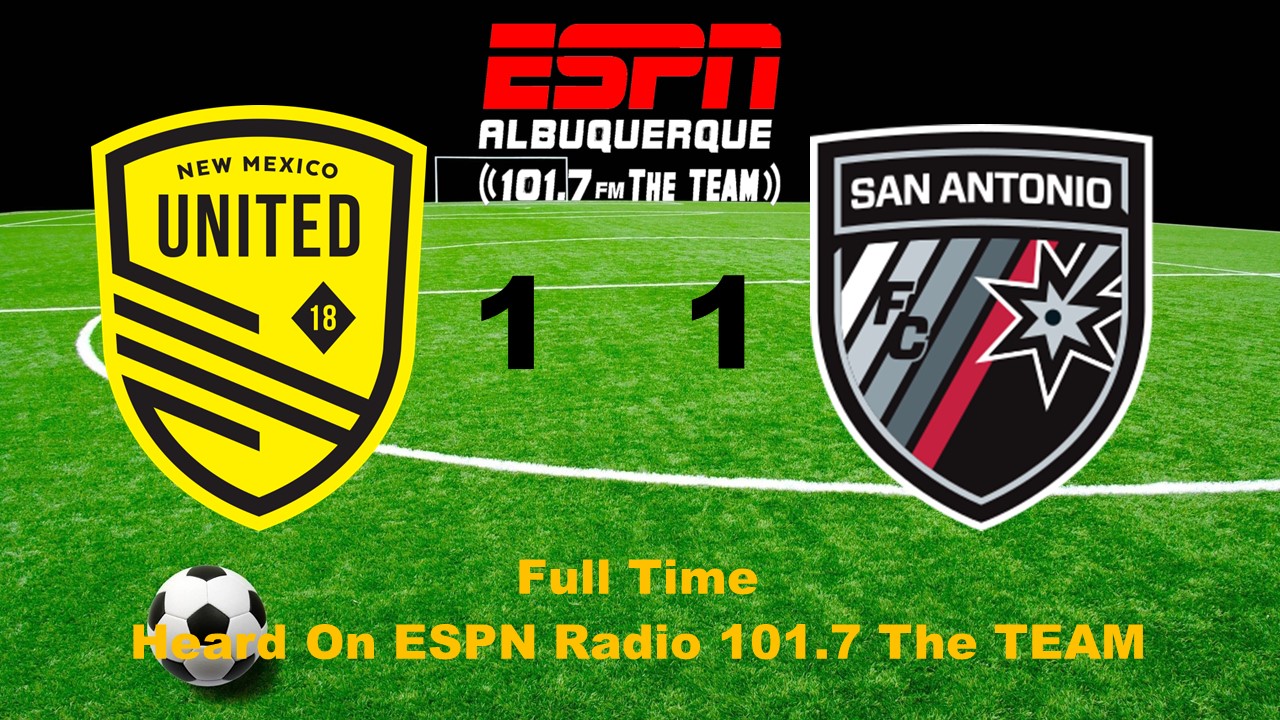 Chris Wehan once again drove the dagger through the hearts of the San Antonio FC faithful. His second-half equalizer allowed New Mexico United to snap a three-match losing streak and pick up a 1-1 draw against the league leaders.

There wasn’t a lot of faith in Zach Prince’s club as the Black & Yellow headed to San Antonio to face the league leaders. After three straight losses and some less than stellar play, picking up even a single point would be a tall task. Prince took what many had seen in recent weeks and implored his side to slow down the pace of the match.

The strategy worked for United. Throughout the first half the slower pace allowed the visitors to maintain their defensive shape and severely limit the chances for San Antonio. Despite being held in check, the hosts had the better of the chances, but Alex Tambakis was more than equal to the attack.

Heading into the second half, the match began to open up and Ignacio Bailone was able to sneak through the defense of United. Cristian Parano played him through, and despite being in an offside position the assistant referee’s flag did not go up. The forward took advantage of the opportunity in front of him and slotted home the match opener.

Austin Yearwood finally made his return to the team sheet after missing significant time due to an injury. His performance was outstanding at both ends and he had an impact in the outcome of the night. Back at his natural position on the left, Yearwood commanded the area and found himself in plenty of space. SAFC failed to close down and Yearwood sliced a precision cross into the area where Wehan flicked it on with his right foot and past the keeper for the equalizer.

With renewed vigor, United continued to press for a second goal and nearly found one in the 86th. Sergio Rivas took possession of a loose ball inside the area and quickly fired on goal. If not for the quick reaction of Shannon Gomez, Rivas looked likely to hit the net. However, the attempt was deflected and SAFC was able to hold onto the draw.

Alex Tambakis – The Grecian Wall came up big for United once again, adding three more saves to his season tally. His quick reactions and ability to read what the hosts were trying to do helped to keep the defense on point and clean up a number of issues that had been seen in recent matches.

United returns to the pitch on Friday, September 30 when they travel to Las Vegas. There they will face the playoff-hopeful Las Vegas Lights FC. That match is scheduled to kickoff at 8:00 p.m. (MST).