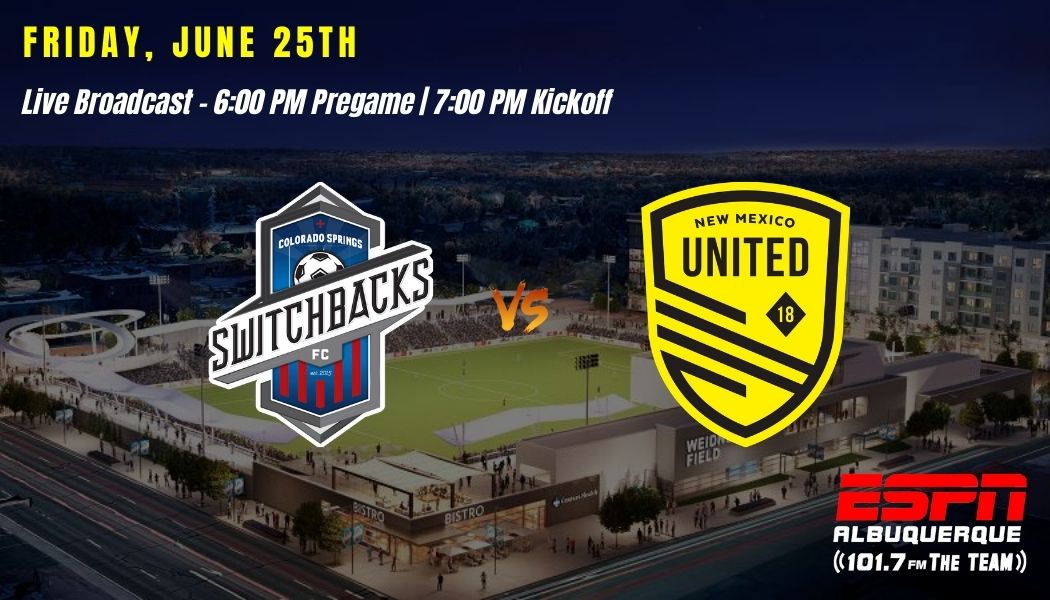 For the majority of the USL Championship clubs, they’ve now completed a quarter of their season. To this point in the season, there have been some standout performances and some highlight moments. New Mexico United and Colorado Springs Switchbacks had two such moments during their first meeting on May 21.

That match was bookended with two stellar goals. The first was from Switchbacks forward Hadji Barry, who found the back of the net just 63 seconds into the match. The latter came by way of Daniel Bruce, who put his laces through the ball when he put it into the top right corner to seal the win.

Despite the result that night, the Switchbacks showed that they are not the club of years past. They finally have a scoring threat and the talent to support him. Barry currently sits on top of the league with 8 goals to his name. His ability to get in behind defenders has been instrumental in many of his goal-scoring opportunities. Behind him, Michee Ngalina has also had a standout season so far. The two have developed a partnership that is paying off every time they head onto the pitch.

Colorado Springs’ issues lie in the defensive third. Through seven matches, they have allowed 12 goals and multiple goals in three of them. They are allowing their opponents too many opportunities to get clean looks at the goal, and that has prevented them from potentially sitting higher in the Mountain Division than they do currently.

Hadji Barry – Barry impressed in his appearances against United in the preseason and the first regular-season meeting. He pushed the pace of United’s defenders and was able to get the better of them in each match.

United come into the match on an unbeaten streak of their own. With two wins and a draw in their last three matches, United has momentum on their side after recovering from the shocking loss to Loudoun United. Now, they head into a venue, and a state, where they’ve had plenty of success in the past. The history between the two clubs swings heavily in favor of United and could easily continue Friday night.

For that to happen, United has to continue their dominance in the defensive third. After three consecutive clean sheets, the defense appears to be exactly where Troy Lesesne wants them to be. They’re making smart decisions, they aren’t allowing opponents clear opportunities, and the man between the sticks is playing out of his mind. The key to what they need to do on Friday night is to keep track of Barry. He was given too many chances in the first meeting to use his pace and get in behind the back three.

Andrew Tinari – Tiniar was sent off during the first match this season and didn’t get to show what he could really do. With him on the pitch, United has better control of the midfield, and if the match against San Antonio is an indication of what he can do going forward, United has another chance creator.

Friday night’s match is scheduled to kickoff at 7:00 p.m.(MDT) from Weidner Field. The match will be streamed live on ESPN+ domestically and on YouTube for international viewers. Locally, the match can be heard live on ESPN Radio 101.7 The TEAM via The TEAM app and website.