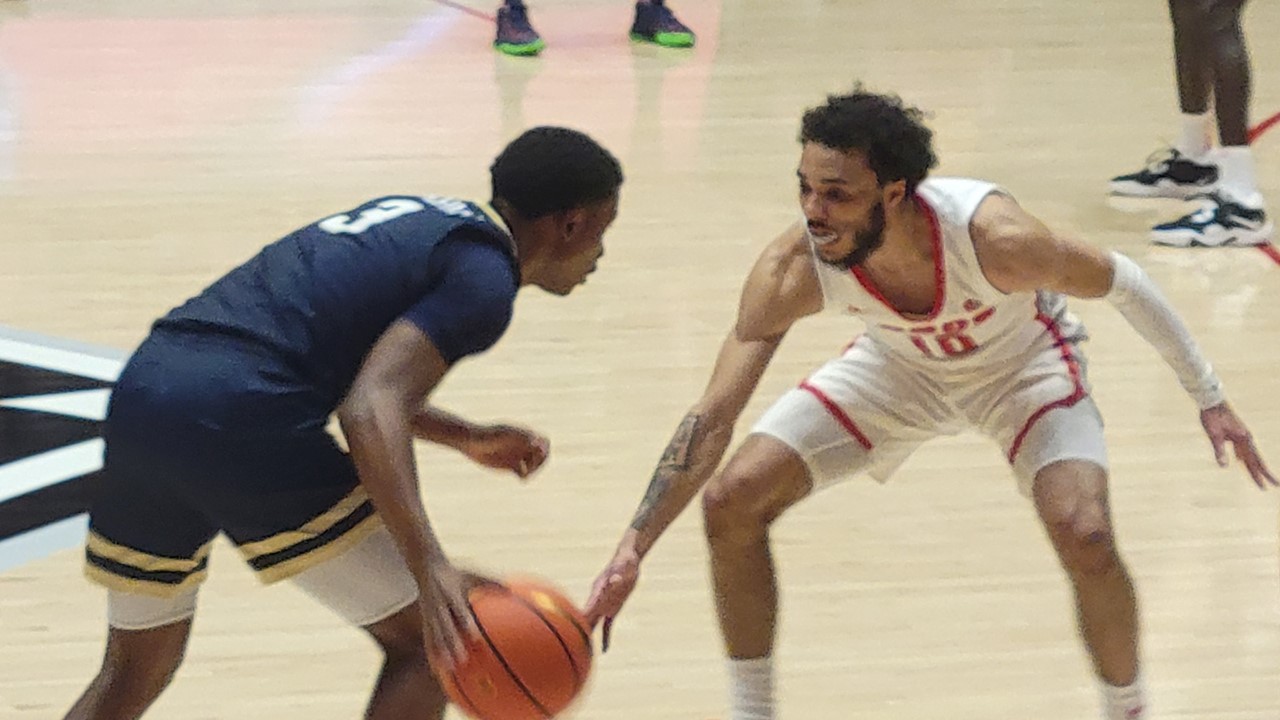 But as they say, “all good things must come to an end.”

Unfortunately, this end comes with a little adversity.

The UNM Lobo men’s basketball team experienced a rough patch with back-to-back losses to Fresno State (71-67) on January 3 in Fresno, California, and a 84-77 setback to UNLV in front of a sold-out Pit on January 7.

The Lobos, who saw a No. 21 ranking fade away entered this week with just a few votes.

No ranking, no problem.

UNM went back to the hardwood grindstone, creating open looks and some easy inside baskets en-route to an 82-75 victory over Oral Roberts Monday, January 9at the Pit.

In other words, the Lobos went back to focusing on what got them to 14-0 against a team that had won 10 straight games but suffered defeats to No. 1 Houston, St. Mary’s, and Utah State.

When the Lobos needed it, Jamal Mashburn, Jr. pulled out the big shot with a mid-range jumper or two en-route to a team-leading 24 points.

Jaelen House contributed 15 points, although he was 1-of-6 on 3-balls.

The duo of Josiah Allick and Morris Udeze pulled UNM past the finish line.

Allick scored 15 points on 7-of-10 shooting, added 13 rebounds, five assists, a steal and a block, while Udeze had 12 points, 10 boards, three assists, one steal and one block.

Against a team on a 10-game winning streak, the Lobo defense was relentless, collecting seven steals and forcing 13 turnovers.

Across the board, it was a feel-good win after two regrettable losses, sending the Lobos to an undefeated non-conference mark at 13-0. This momentum paves the way to Saturday’s matchup against AP No. 23 San Diego State at Viejas Arena in San Diego, California.

Lobos head coach Richard Pitino said his team needed to have a “mature bounce-back from the UNLV game.”

The question now is will the Lobos show maturity in a game against the Aztecs and their home fan base, “the Show.”