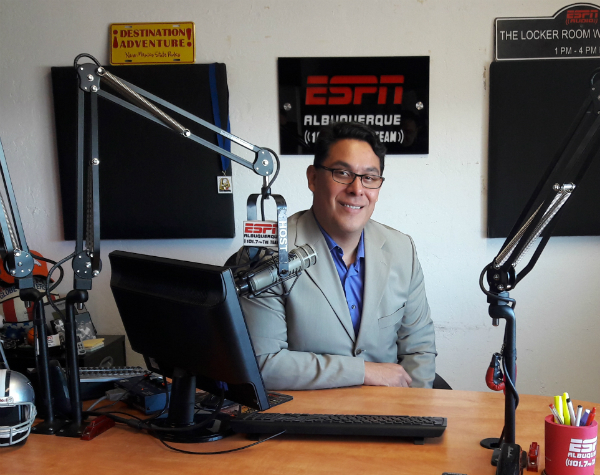 David Dominguez is the Vice President and General Manager for ESPN Radio 101.7 The TEAM. He is also the host of On Point with David Dominguez on Saturday mornings. David began his career in broadcast in 1996 at KDAZ-AM and KCHF-TV, where he served as the Operations Manager.

In 1998, David was integral in building KYNM-TV from filing for the FCC license to launching the first fully produced program. In 2005 Radio Disney hired David as the General Manager to oversee and build the business along with new studios for the station.  Then In 2008 David left Radio Disney to pursue his dream of co-owning a radio station along with Joe O’Neill.  David partnered with Joe to launch KQTM-FM, 101.7 The TEAM. “I am truly blessed to work along-side the BEST TEAM anyone could ever hope for”