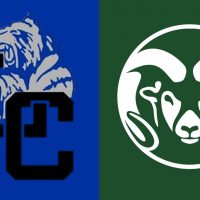 101.7 The TEAM is back in action with high school football this Friday with two top-talent teams in the state of New Mexico squaring off. For that game, we take you out to the city of Rio Rancho as the La Cueva Bears face the Rio Rancho Rams.

The Bears are riding an impressive 4-0 record so far this season, with their recent win coming against Cibola on homecoming night by a score of 43-14. “Being 4-0 is a blessing, and it takes a lot of work to get to that point, and we’ve beat some very good teams to get to this point,” head coach Brandon Back said. “We’ve been proud of the boys and the effort they’ve been able to put in.” Along the way, the Bears have also defeated Volcano Vista, 38-26, Valley, 45-0, and Las Cruces, 45-3.

La Cueva’s offense, once again being led by quarterback Dylan Summer, made a spectacular return from injury in the last game against Cibola, going 16-24 for 239 yards and three touchdowns. Aiding Summer in catching those passes is Prince “Nas” Robertson, who led the team in receptions last game with 154 yards and a touchdown. “I just feel like I prepare myself better than most,” Robertson said. “I gotta do what I gotta do to make the team follow me.” D’Andre Williams holds down the running game for La Cueva, carrying 27 times for 198 yards and three touchdowns last game.

Getting prepared for Rio Rancho, the Bears said they have to treat them as another tough team looking to take that zero off their record. “We try to spend a lot of time not worrying about who beat who, and whose record says what, we try to focus on what we gotta get done this week,” Back said. “It’s gonna be another war, and we’re hoping that our guys can execute like they’ve done the past four weeks, play four quarters of football because 5-0 sounds a lot better than 4-1.”

As for the Rams, they have struggled to find their groove so far, compiling a record of 1-3 to start their season. They have faced strong teams along the road, with their losses being against Centennial, 29-14, Pine Creek (Colorado), 45-23, and Las Cruces, 44-33. Their win was a close one against Clovis by a score of 20-13.

Isaiah Chavez leads the offense for Rio Rancho at quarterback. In their last game with Las Cruces, Chavez went 18-26 for 284 yards and five touchdowns. “(We have to) prepare like we do every week and take care of business and look sharp and clean as a team,” Chavez said. “The thing I do to keep building my talent is to watch the great quarterbacks and break down the habits and study the techniques and prepare myself physically and mentally for this battle.” On the ground, Demetrius Rhoten takes charge, as he has 36 carries for 141 yards and a touchdown throughout the entire season. Catching the passes for the Rams will be Jeremy Rotert, Elijah Alvarado, and Zach Vigil. The three receivers combined for 620 yards and six touchdowns on the season so far.

Preparing for La Cueva, the Rams also know just like the Bears that they are ready for a battle. “The Bears are a tough egg to crack when you have that many athletes all over the place,” Rams head coach David Howes said. “We gotta figure out a way to slow them down on offense, they’ve been putting up big numbers, and defensively, they’re very aggressive and strong. They tend to bring their A-game every week so far this year, so hopefully we’ll bring our A-game and play at our very best to be able to compete with these guys.”

Scott Galetti and Coach David Williams have your call on Friday night, starting at 6:30 pm with the pregame show.