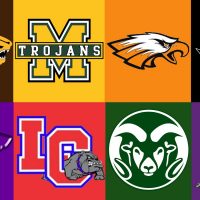 The stage is set for the first round of the NMAA Class 6A playoffs after the release of the bracket on Saturday night. To get you ready for each game, here is a brief preview of each game and what to expect from each.

After sneaking into the field of 12 because of their strength of schedule, the 12th-seeded Cibola Cougars now look to prove they are ready to compete when they face off with the fifth-seeded Mayfield Trojans at the Field of Dreams Friday.

Despite dropping their final regular season game to cross-town rival Las Cruces, the Trojans went 2-2 to close out their season, making a case for themselves as contenders in Class 6A. Competing in a tough district like District 3/6A didn’t help matters for the Trojans, who still finished second in the district despite the loss to Las Cruces thanks to point spread differential.

Jacob Moreno leads the offense for the Trojans, but in their previous game with Las Cruces, Zach Ingram took most of the snaps at the QB position. Aaron Thompson and Matthew Riley anchor the running game for Mayfield, while AJ Parra, Brandon Mahoney, and Matthew Herrera take control of the receiving core.

The Cougars may have lost their final game of the regular season against Volcano Vista, but they still won two out of their last three games and had one of the toughest schedules in Class 6A this season. Because of that, the Cougars snuck into the playoffs, and get a second chance at making a run for the championship.

Cibola’s catalyst all-year long has been quarterback Marcus Steele, who threw an impressive 41-54, 354 yard, and two touchdown game against Volcano Vista. Because of Steele’s capabilities, the Cougars have gone to the air attack all year long, with minimal rushing statistics. When there is rushing statistics, Marcus Martinez leads the way with 344 yards and three touchdowns. Backing up Steele on the receiving core is Nathaniel Manzanares, who currently has 608 yards and 12 touchdowns on the season.

The battle of the “Eagles” will take place on Friday night when 11th-seeded Eldorado makes the trip down to face off with sixth-seeded Hobbs for a chance at the undefeated Centennial in the next round.

Hobbs capped off a tough district schedule last Friday when they defeated Carlsbad, 37-35, a game they were trailing at multiple points in time. That win for Hobbs can be considered as the one that knocked Carlsbad out of the state tournament. Nonetheless, that win snapped a two-game losing streak that they were on, giving them momentum heading into the playoffs.

The return of quarterback Gabe Smith is still unknown at this point in time, but should Smith not return this week, Nick Petty will fill the role for Eldorado at quarterback. Before their game with Sandia, Petty had thrown for 689 yards and nine touchdowns on the season. Ben West locks down the running game for Eldorado, rushing for 396 yards and 10 touchdowns prior to the Sandia game. Trey Duran, Zach Hofman, and Sean Fischer anchor the receiving core for Eldorado.

It’s a battle of south vs. east when the seventh-seeded Las Cruces Bulldawgs host the 10th-seeded Clovis Wildcats on Saturday at the Field of Dreams.

The Bulldawgs finished their season strong, winning their final three games of the regular season against Onate, Carlsbad, and Mayfield. The wins were somewhat of a refresher for Mark Lopez and the crew, as they didn’t start on the right foot at the beginning of the season.

The offense is led by Marcos Lopez at quarterback, with the dynamic duo of Ivan Molina and Chase Chaloupek at running back. Kennedy Aleman leads the receiving core for Las Cruces.

Clovis, on the other hand, dropped their final game of the regular season to La Cueva that gave the Bears the District 2/6A championship. The Wildcats are looking to bounce back with a win, especially in the playoffs, as they have gone 1-2 in their last three games.

In the only game in the metro area, the eighth-seeded Manzano Monarchs will host the ninth-seeded Rio Rancho Rams for a chance to take on the undefeated, number-one seed, Cleveland Storm in the quarterfinals.

Even though they had a rough start to their 2018 campaign, the Monarchs finished with a 3-1 record in District 2/6A play, and capped off their regular season with a four-game winning streak, bringing in great momentum to this game.

Dakota Powell will take the reigns of the offense at quarterback for the Monarchs. So far this season, Powell has thrown for 1,531 yards and 15 touchdowns this season. Xavier Ivey-Saud takes care of the running game, currently holding onto 1,350 yards and 12 touchdowns on the season. Jack Blankenship and Austin Erickson anchor the receiving core for Manzano, combining for 1,308 yards and 14 touchdowns.

On the other side of the field, Rio Rancho dropped their final two contests of the regular season to Volcano Vista in a nail-biter, and to Cleveland in their rivalry matchup. The Rams could’ve come in contention for the district title with a win over Cleveland, but that didn’t end up being the case.

101.7 The TEAM will have an in-depth preview of the game our station will be broadcasting on Friday night, which will be Manzano vs. Rio Rancho from Wilson Stadium.