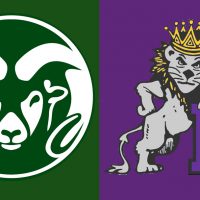 It’s playoff time in the state of New Mexico, and 101.7 The TEAM will bring you first-round action in the Class 6A playoffs, when the ninth-seeded Rio Rancho Rams make the trip down to Albuquerque to face off against the eighth-seeded Manzano Monarchs at Wilson Stadium.

Despite dropping their final two contests of the season in District 1/6A play, Rio Rancho sneaks into the nine seed spot looking to make a run in the playoffs. “Other than last Friday, we have improved each week…,” Rams head coach David Howes said. “

The offense for Rio Rancho is led by Isaiah Chavez, the 6’0” junior. “We have to treat them like any other team. They’re a pretty good team for what their seeding is, probably better than what their seeding is,” Chavez said about the upcoming game. “We’re just gonna prepare for it like another game and another team.” The air attack has been what Rio Rancho has leaned on all season, as Chavez has thrown for 1,970 yards and 22 touchdowns, averaging 12.4 yards per throw.

Coach Howes acknowledges how the Rams have been able to establish the air attack. “We have passed the ball well all season as well as established a solid run attack,” Howes said. “We need to increase yards after contact and continue to focus on doing the small things right…”

But those yards haven’t been possible without the help of his receivers. Senior Jeremy Rotert leads the way with 712 yards and 11 touchdowns, with Elijah Alvarado right behind him with 542 yards and one touchdown. This makes for a combined 1,254 yards and 12 touchdowns.

Dmetrius Rhoten takes care of the running game for the Rams, carrying for 540 yards and four touchdowns on the season so far. Jaylen Morgan is right behind him with 276 yards and three touchdowns.

Chavez said that home-field advantage for Manzano wouldn’t make a difference for the Rams in this game, and reasonably so, as Rio Rancho is 3-2 on the road, better than their 1-4 record at home. “We feel like we have to go to others people house(s) and make it our own house,” he said. Coach Howes partially agrees. “This season, that may be true, but historically, we play great at home,” he added, but he’s focused on what this Manzano team can offer, saying, “(Manzano) has improved greatly all season and I give credit to Coach (Phillip) Martinez, (his) staff and his players.”

The Monarchs, on the other hand, gained heavy momentum heading into the state playoffs, currently riding a four-game winning streak. Even though they may not have won District 2/6A, they finished with an impressive 3-1 record in district play. Despite the rough beginnings, Manzano head coach Phillip Martinez is optimistic this team has a chance.

“We’re very happy with a home game, our kids have been working so hard,” Martinez said. “It’s good for our fans and student body to be able to stay home and cheer us on, so we’re very excited about that.”

The 6’2” senior quarterback, Dakota Powell, leads the offense for the Monarchs. So far on the season, Powell has thrown for 1,531 yards and 15 touchdowns. “Rio Rancho’s a very good team, so for us to overlook them would be a huge mistake,” Powell said. He also added that Coach Martinez came in telling the team that they were going to “…crash land,” somewhere in the bracket and it was, as Powell said, “…our job to find our way out of it.”

Taking the reigns of the running game is Xavier Ivey-Saud, who has rushed for 1,350 yards and 12 touchdowns. “We’re just gonna play our game. Our crowd is gonna bring a great vibe with them,” said Ivey-Saud. The Monarchs run a combination of air and ground attack, as told by the statistics, and will look to utilize every facet of the game.

Coach Martinez is excited for the challenge of Rio Rancho, knowing that they are good on the road. “Rio Rancho’s a great team, they’re well tested, they’ve had a really tough schedule going into the playoffs, so they are going to be experienced and ready to play,” he said. “For us, it’s focusing on the little things. We just gotta focus on doing our job, doing it right, and doing it all the time.”

Scott Galetti and Coach David Williams have your call starting with the pregame show at 6:30 pm at the conclusion of the Jim Villanucci Show.