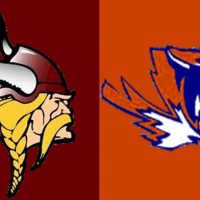 After an exciting Metro Tournament this past weekend, 101.7 The Team returns to high school basketball action this Thursday night. This week, we bring you out to Los Lunas High School, when the Tigers host the Valley Vikings in a Class 4A non-district showdown.

The Vikings enter this contest after a 1-3 campaign in the Metro Tournament, securing a win over Del Norte and losing against Hope Christian, Albuquerque High, and Highland. Valley also enters this contest coming off of a one-point loss against Atrisco Heritage, a game they competed well in. This game against Los Lunas will be one of the final games that Valley will play before they enter into their district play for the first time against their new district-mates, which are Academy, Bernalillo, Del Norte, Highland, and Hope Christian.

In Valley’s starting lineup are two guards that can make high-percentage shots from the perimeter, those two guards being Derick Chavez and AJ Giron. Gio Casaus, Garret Mosley, and Caleb Barret are also the main rotations in the lineup for the Vikings. Valley is able to mix it up when it comes to where they want to place their shots and can rely on their guards to shoot outside, while getting their bigger guys in the paint, posting up.

On the other side of the court, Los Lunas will look to continue their four-game winning streak, which included two away games against Gadsden and Silver within this week. It’s safe to say that the Tigers are good at defending their home court, as they will enter this game with a 6-1 record at home, the only loss suffered against Santa Fe.

The pregame show for this game will begin at 6:45 pm after the conclusion of the Jim Villanucci Show.