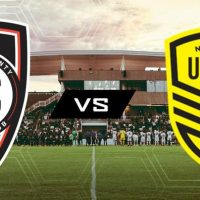 New Mexico United (1-0-2) look to continue the undefeated start to their inaugural season on the road against Orange County SC on Saturday, March 23 at 8:00 PM MT.

United have no small task ahead of them facing off against the defending Western Conference regular season champions. Orange County (0-1-1) posted a home record of 10-3-4 in 2018, making their pitch one of the most challenging places for opponents to play. New Mexico has already shown that they can score on the road, slotting in three goals against Phoenix Risingon March 16. Forwards Santi Moar and Devon Sandoval lead the attack for United, having scored five of the clubs’ goals this season.

Orange County comes into the weekend having lost their previous match at home to the Tulsa Roughnecks by a score of 5-3. OC’s current record matches where they were at during the same time last year, but the club is performing below expectations. OC may find themselves with an advantage in fitness as United comes in with this being their 3rd match in seven days.

The match will be streamed live on ESPN+ beginning at 8 p.m. (Mountain). ESPN+ is viewable online, the ESPN app or across a variety of mobile and connected living room devices, including Amazon’s Fire TV, Apple TV, Chromecast, Roku and more. International viewers will be able to watch the game live on YouTube.