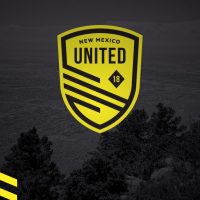 New Mexico United (2-0-4) have returned to the friendly confines of Isotopes Park after a three-week road trip. In their return, they play host to Real Monarchs SLC (2-1-2) on Saturday, April 13.

Only two points separate the clubs, as United look to extend their already record-setting start to the season. United have a lot to build off of as they take on a tough Real side. After weathering a second-half barrage from Rio Grande Valley and putting together the first clean sheet of the season United are showing how resilient they can be.

United was unable to find the back of the net last week and look to turn that around. Defensively, United will need to maintain their shape and not allow Real to find any sort of rhythm.

The Monarchs are coming into the match on the heels of their second win of the season. The club has won two of their last three matches and is putting together some momentum. They are looking to overcome poor road form stretching back to last year when they lost ten matches on the road and are 0-1-1 so far this campaign.

Real have no shortage of goalscorers, six different players have found home so far this season and could present a real problem for the United defense. Real like to play quick and have a very capable counter attack.

This will be a real test for United early in the season and could provide a real spark going forward.

The match will be streamed live on ESPN+ beginning at 7:30 p.m. (Mountain). International viewers will be able to watch the match live on YouTube. ESPN+ is viewable online via the ESPN app or across a variety of mobile and connected living room devices, including Amazon’s Fire TV, Apple TV, Chromecast, Roku and more.