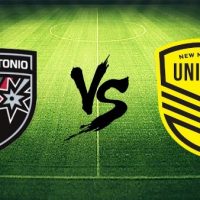 New Mexico United (3-1-5)will close out their first real home stand of the season against San Antonio FC (3-4-1) on Sunday night at Isotopes Park. Undefeated in their first four matches at home, The Lab is quickly becoming a fortress for United. The results at home reflect a United club that undeniably performs their best.

Sunday will no doubt be an emotional match day for United. Coming into the weekend off a last-minute draw against Portland, the opportunity to host on Cinco de Mayo, and playing in honor of the Schmidt family will no doubt have the club amped up. United will need to find a way to focus that energy and not let it have a negative impact on them. Last week, it was Kevaughn Frater’s turn to play the hero. New Mexico went from being up 2-0 to being behind 2-3during an eleven-minute sequence that saw Portland above their way back into the match. Frater sealed the draw, and his first hat trick with a 93rd minute shot off a volley.

Despite their offensive prowess at home, 11 of 19 goals, the defensive form still needs improvement. The clubs defensive form, particularly in the second half of matches, has been suspect at times. Of all the goals scored against United, 10 have come after the break. This is something that could be much improved upon this week against a San Antonio club that has struggled on the road.

United will have a chance to move into first place in the standings with a win on Sunday.

Kenny Akamatsu – Two appearances in, Kenny had his first career start and showed flashes of why he can be very good in Troy Lesesne’s system. Playing opposite Santi Moar, Kenny has the freedom to flow down the right-hand side and create opportunities. He had his first few shots of the season last week, only one of which was on target, but his ability on the ball was on display. We could potentially see his first goal for United this week.

Manny Padilla – Featuring in eight matches this year, Manny has been extremely impressive in his appearances. One of Manny’s greatest strengths is his ability to adapt to the game flow, whether he’s streaming forward or dropping back in defense. On the year, Manny has yet to lose an aerial duel, has 20 clearances and nine interceptions. Manny’s ability to move the ball forward (47.9% of his passes) helps open up lanes for others, such as Kenny Akamatsu. The more time these two get together, the better the right side of the United will balance out the left and ultimately be very dangerous.

San Antonio FC comes into the week 3-2-0 in their last five matches. Each of their losses in that span were on the road. Their difference in form between home and away matches could be compared to the weather differences between King’s Landing and the area beyond The Wall in Westeros. They’ve been hot at home, but on the road, they’ve only managed two goals all season.  With a road record of 0-3-0, San Antonio has some things to figure out, and they come into Albuquerque facing one of the best home teams in the league at a time when emotions are running high.

In their most recent match, San Antonio defeated a struggling Tacoma club 3-0. Midfielder Jack Barmby recorded a brace and keeper Matthew Cardone was able to notch his second clean sheet of the season. Even with the recent upswing in form, the opponents have to be taken into account. Two of the wins were against two clubs in the bottom three of the conference.

Players to Watch:
Jack Barmby – With a brace against Tacoma, Barmby moved into a tie for the club lead in goals and now leads San Antonio in shots and chances created. Barmby has shown an ability to shoot from distance, and it will be important for United to disrupt his vision and prevent those shots.

Kai Greene – One of the defensive leaders of the San Antonio squad, Greene has been a force in the back line. With 27 clearances, 15 interceptions, and 74 duels won on the season, he will be someone to watch.

San Antonio will be without the services of defender Pascal Eboussi after being sent off against Tacoma. Eboussi received a straight red in the 60th minute for a dangerous foul.

New Mexico forward Kevaughn Frater picked up his fourth yellow of the season against Portland last week. If Kevaughn picks up another, he will face a one-match suspension for yellow card accumulation.

In what will be United’s first opportunity to celebrate the holiday with their supporters, the club announced a full day of festivities, culminating with a 5:36 p.m. kickoff time. Among the festivities, fans will be treated to local musical acts, and a fan festival before the match and the National Anthem will be performed by the winner of The Voice Season 15, and Farmington, New Mexico native, Chevel Shepherd.

Isotopes Park is no stranger to having large crowds on Cinco de Mayo. In previous years the stadium’s primary tenant, the Albuquerque Isotopes renamed to Mariachis de Neuvo México, set single-game records in 2018 and 2014 with 16,975 fans. The club is encouraging anyone coming out for the match to show up early as gates will open at 3:30 p.m.

The match will be streamed live on ESPN+ beginning at 5:30 p.m. (Mountain) on Sunday, May 5. International viewers will be able to watch the match live on YouTube. ESPN+ is viewable online via the ESPN app or across a variety of mobile and connected living room devices, including Amazon’s Fire TV, Apple TV, Chromecast, Roku and more.