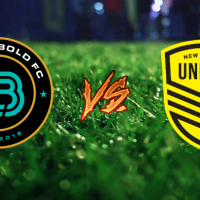 New Mexico United (5-1-6) are winding down their second road trip of the season. This weekend sees United taking on Austin Bold FC (4-4-3) on Saturday night.

After a stretch that featured three matches in eight days, United had a full week to prepare for Bold FC. To help the players recuperate, the club traveled back immediately after the match against Colorado. This decision allowed United two days of rest before resuming training. The second of three long away trips have not slowed United, who have remained undefeated during this run of matches.

A stellar performance from Kevaughn Frater propelled United to a 3-1 victory over Colorado Springs last weekend. Frater’s second hat trick of the campaign was more than enough to put away the struggling side. Unfortunately for a Frater he also picked up his fifth yellow card, meaning he will miss the Austin match. United will look to build upon the momentum they’ve gained and put together their first winning streak of the season. The return of Santi Moar gives that possibility even better odds. After serving a one-match suspension, Moar is sure to be rested and ready to play.

With the absence of Moar and Manny Padilla in Colorado, other players have earned more chances to prove themselves. None more so than Ethen Sampson. Two outstanding efforts in as many matches will make it hard for Head Coach Troy Lesesne to take him out of the starting eleven. This trip has also opened up opportunities for both Kenny Akamatsu and Daniel Bruce. Both have impressed with the ball skills, though Bruce, more so than Akamatsu, has had more of an impact on the defensive side of things. Bruce appears poised for a breakout match.

With the addition of Sampson, the back four of United has steadily improved. In what is an improving trend, United is only allowing 1.9 goals per match on the road. The effort that was shown in Colorado will need to carry over to the match against Austin. Although Austin has not converted as many chances as they would like, they are more than capable of pulling out a victory at home.

In order for United to come away with another three points, they need to continue what has been successful for them this year. The biggest key to unlocking the offensive potential for United is twofold. First, United has to be able to move the ball. The club had looked especially dangerous with Moar in space on the left. The success seen can also be duplicated on the right with Padilla and Bruce in time. The second key for United will be to put pressure on the Bold centerbacks. Devon Sandoval will be the focal point for United as they work in that area.

Daniel Bruce – Bruce has been showing well in his appearances so far, and now he’s ready to open his account. With Frater out and the status of Padilla unknown, this could be Daniel’s time to shine.

Justin Schmidt – Justin hasn’t missed a beat since returning to the lineup. Anchoring the back line alongside Josh Suggs, this defensive core could have their best performance on the year.

Much like El Paso, Bold has had drastically different results at home compared to on the road. Bold comes into the match sporting an impressive 4-0-1 record on their home pitch. Their success has been primarily due to their defensive form.

Austin keeper Diego Restrepo ranks near the top of the league in clean sheets with four and the defense in front of him has been impressive. Even though they’ve played one fewer match than United, they’ve allowed 17 fewer shots on target. Austin’s strength lies in their ability to maintain their shape and prevent their opponents from getting good looks in the final third.

With all the similarities to El Paso, there is one glaring difference. Bold does not press as much. In previous matches, United has been able to take advantage of this and have significantly better movement.

At times Austin has shown that they have a distinct ability to finish. With talented players like André Lima and Kleber, there is at least the potential for Bold to find the net multiple times. The duo has a lot of experience between them, and they could be disruptive to the younger defense of United.

André Lima – Tied for the club lead in goals scored, Lima is dangerous when he gets service. The amount of experience he has is vastly more than that of Tetteh and Schmit combined. That experience could see Lima getting himself into dangerous areas and making it a long day for the United defense.

Jermaine Taylor – One of the most experienced players on the Bold roster, Taylor has over 140 MLS appearances. Statistically, he’s one of the best defenders in the league, having made 57 clearances to this point. His leadership and knowledge of the game make him extremely difficult to deal with.

The match will be streamed live on ESPN+ beginning at 6:30 p.m. (Mountain) on Saturday, May 25. International viewers will be able to watch the match live on YouTube. ESPN+ is viewable online via the ESPN app or across a variety of mobile and connected living room devices, including Amazon’s Fire TV, Apple TV, Chromecast, Roku and more.