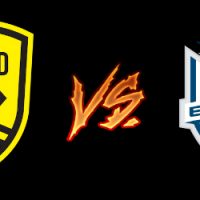 After a very successful road trip, New Mexico United (6-1-6) is finally back at the lab. With the club’s success in the Open Cup, what started as a three-match trip turned into five. Now that the month of May is behind them, United find themselves at the top of the table and looking forward to an appearance in the fourth round of the Open Cup.

United kicked off the May with a Cinco de Mayo party and haven’t looked back since. The club is now sporting an unbeaten streak that matches the one they opened the season with. The difference between the two is that United has started to turn draws into wins. Sitting atop the table and riding a three-match winning streak across all competitions (technically it’s four, but officially the Phoenix match went down as a draw), United look nearly unstoppable heading into Wednesday’s match against Oklahoma City Energy FC (5-4-4).

As the match draws closer, and the number of tickets available dwindles, it’s easy to say that the fans are ready for the club to be back. The club is also hosting a special event upon their return, Pride Night. United has taken this event to heart and have been sending out messages throughout the month to show how important it is. Since its inception, the club has put inclusion and unity on the forefront while trying to build a community.

United as a club has come together as the season has progressed. Starting from just an idea, the club, and the community surrounding it, has grown into an example of what inclusion and being united can be. Their successful start to the season has the club brimming with confidence, and they hope to continue that trend. The resilience of the club shone through in a 2-1 victory over Switchbacks FC in their last match.

After coming from behind, United was able to progress to the fourth round of the Open Cup. Multiple times this season, United has shown a level of determination that can only come from a complete squad effort. This is going to be absolutely necessary for the coming weeks, Wednesday night especially.

Despite their road form, Energy FC are capable of pulling out a win on any given night. United will have both Kevaughn Frater and Santi Moar available for the match. United need to find a way to get them involved early and often. Josh Suggs will be a significant factor in how successful United’s attack will be. With his long runs, Suggs often pulls the attention of opposing defenders, which opens up space for Moar to work.

United’s defense has continued to improve every week. In the previous match, United only allowed two shots on target. Throughout the match, Switchbacks couldn’t find the right placement on their crosses, largely due to the positioning of the United back line. Justin Schmidt and Rashid Tetteh will be integral to preventing the Energy forwards from getting clean looks.

Juan Guzman – Since a brief absence a few weeks ago, his presence in the midfield has helped stabilize the form of United. Guzman has the ability to take control of the pitch, and his link-up play can create some chances for United.

Santi Moar – After a brace in the last league match, Santi is focusing in again. If United can feed Santi in and around the box, it’s only a matter of time until he puts another in the net.

While United have a positive road record, the same can’t be said for Oklahoma City. Despite averaging 1.6 goals per match on the road, they only have a record of 1-3-2. That could spell trouble for Energy FC since the match against United kicks off a three-match road trip for them.

Energy FC are coming into the match riding favorable results in their last two matches. With a win over the undefeated Rowdies in the Open Cup and a draw with LA Galaxy 2, things are looking up for them. For Energy FC to continue carrying this momentum they’ve found, Alex Bosetti and Omar Gordon will have to be at their best. The duo has been among the greatest threats for Energy so far this year, and the midfield play from United will need to focus on keeping the ball out of their control.

In the defensive third, Atiba Harris has been a stalwart for Oklahoma. By far their best defender, his stat line this season has been impressive. United will need to find a way to play around him in order to put pressure on goal. One thing is for sure, Energy will have their hands full with both Moar and Frater on the pitch.

Alexy Bosetti – Bosetti is probably the most dangerous player on the pitch for OKC. With 30 chances created already on the season, he’s bound to be a top priority in Lesesne’s game plan. His ability to get to ball up the pitch and into the goal area is going to cause issues for United if they don’t deal with him.

Atiba Harris – Harris is by far Energy’s best defender. With 60 clearances, 16 blocks, and 23 interceptions he’s crucial to the defensive form. He has the ability to make great reads on where play is heading and then follows it up with solid play.

The match will be streamed live on ESPNews and ESPN+ beginning at 7:00 p.m. (Mountain) on Wednesday, June 5. International viewers will be able to watch the match live on YouTube. ESPN+ is viewable online via the ESPN app or across a variety of mobile and connected living room devices, including Amazon’s Fire TV, Apple TV, Chromecast, Roku and more. The match will also be broadcast live on ESPN Radio 101.7 The Team and can be streamed on www.1017theteam.com.