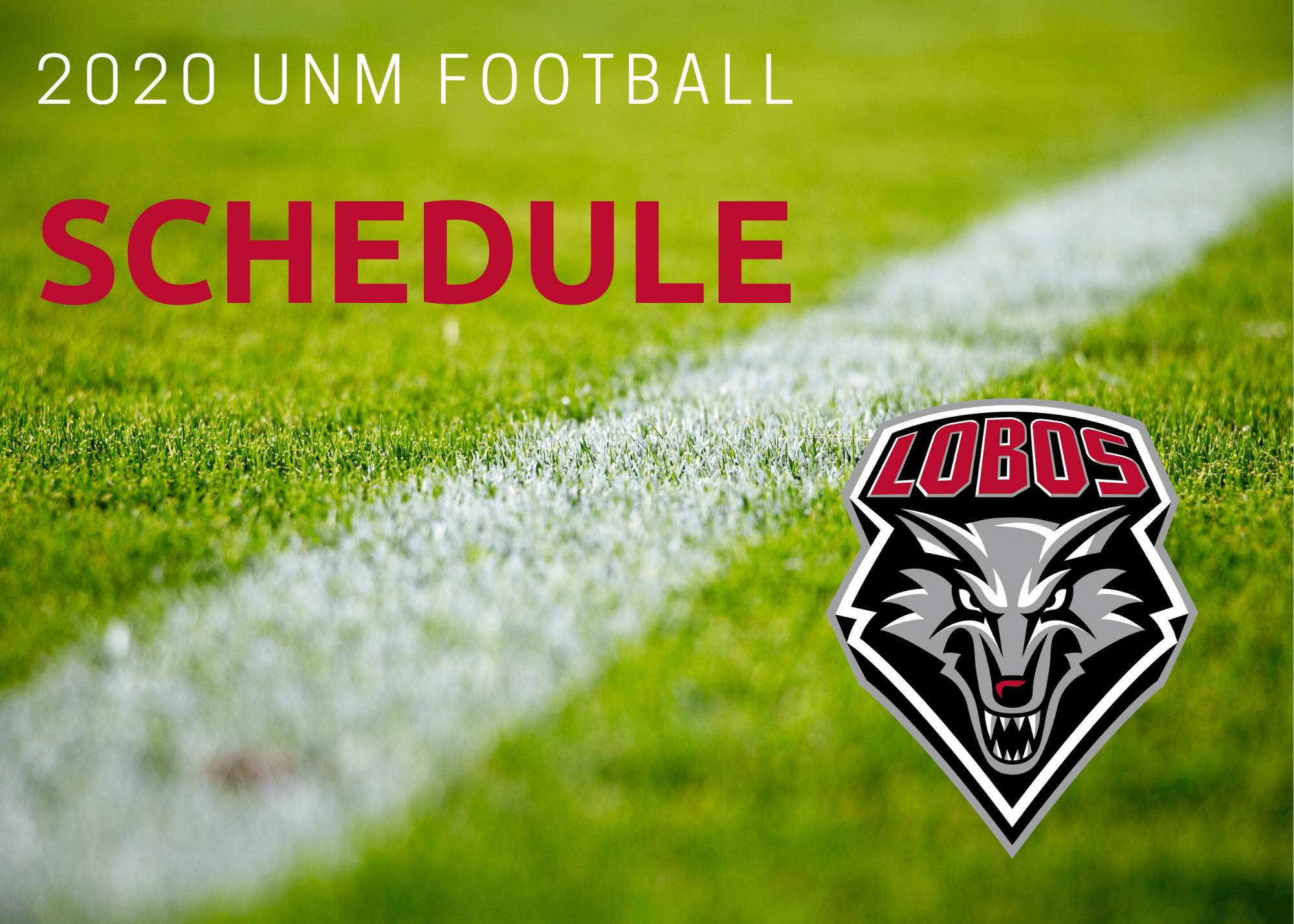 The 2020 schedule for the University of New Mexico football team was released today. The inaugural season of the Danny Gonzales era of Lobo football includes 13 games, with six home games beginning with the home opener on August 29th against Idaho State.

The away schedule includes a pair of challenging non-conference games against Mississippi State on September 5th at Davis Wade Stadium in Starkville, followed by a road game against USC at the Rose Bowl on September 12th.

The Lobos will likely be significant underdogs in both games, but they will be excellent opportunities for growth and development for the new coaching staff and players.

Another key game on the schedule is the rivalry game against New Mexico State on September 9th at DreamStyle Stadium. The Lobos will look to extend their winning streak in the Rio Grange Rivalry to three games.

Mountain West Conference play kicks off on October 17th with the Lobos hosting Nevada and wraps up on November 28th against Wyoming. 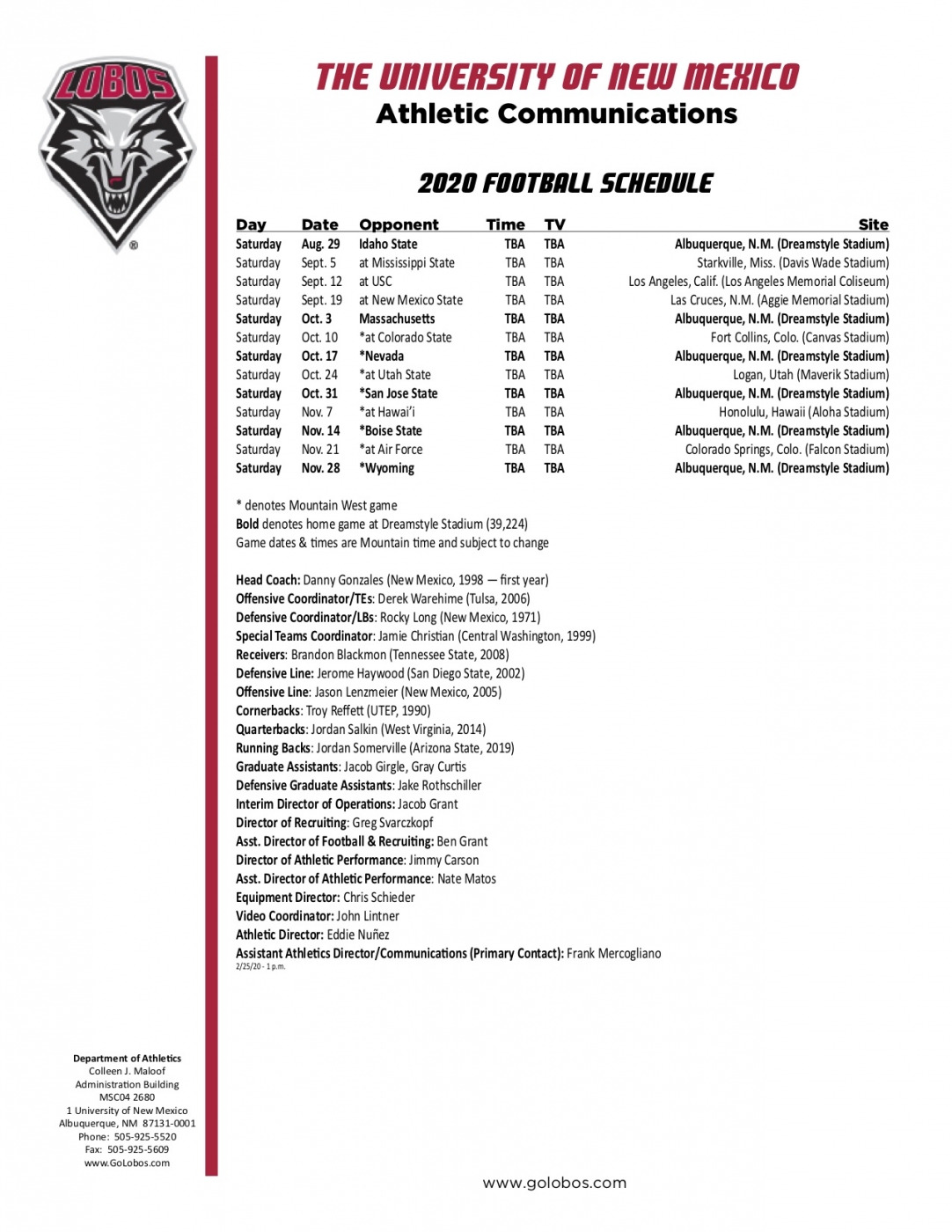