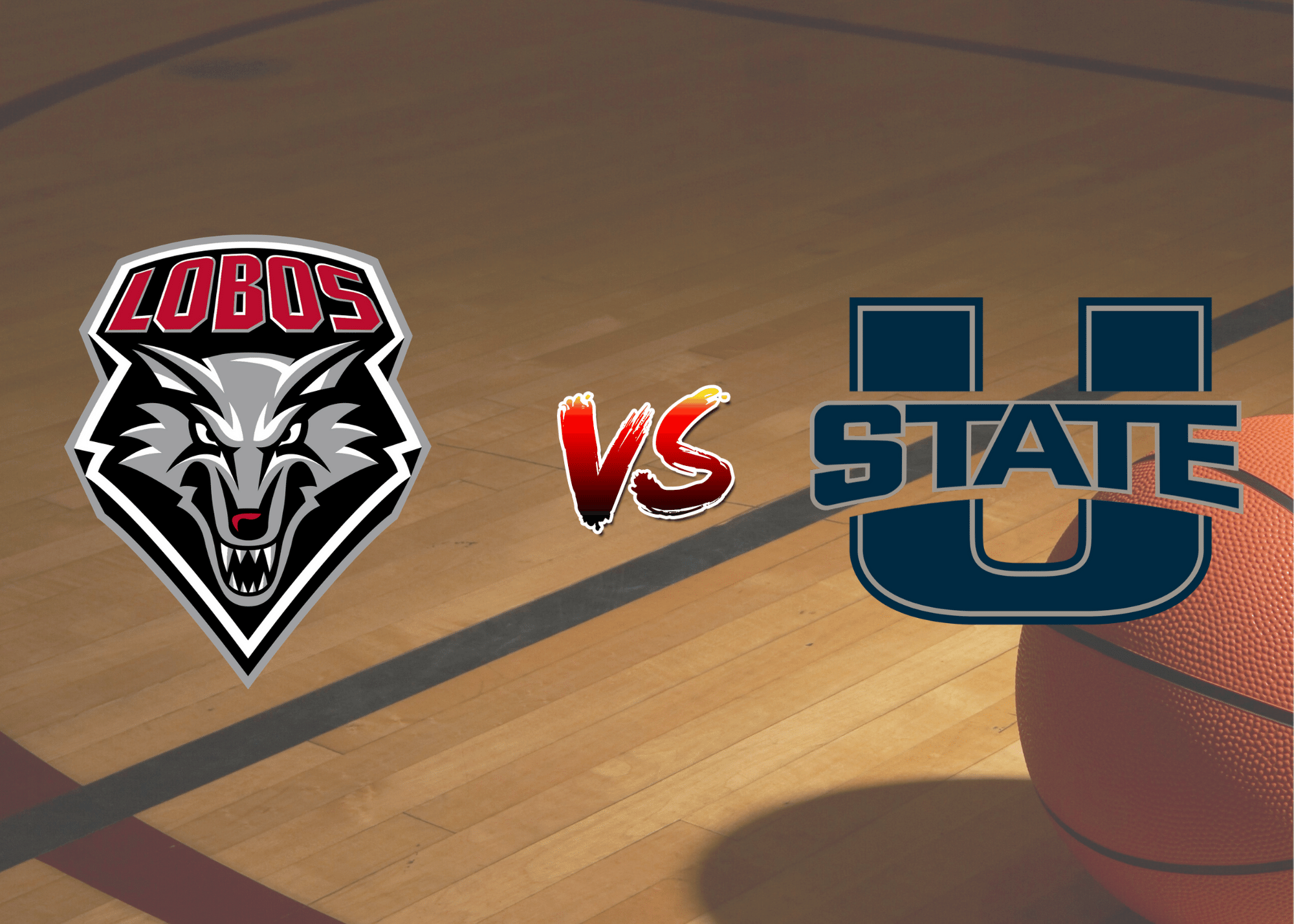 JaQuan Lyle and Corey Manigault, the only remaining seniors, have had respectable seasons, but it certainly hasn’t gone as expected. While they should be celebrated for the work they’ve put in, fans should have expected more from the team as a whole.

As it currently sits, the Mountain West is still wide open on the seeding for the conference tournament. For the Lobos, their best possible position would be 7th but could fall as low as 9th depending on outcomes around the league. Their opponent won’t make it easy.

Utah State (23-7, 12-5) and UNM are meeting for the first time this year, an oddity due to the nature of the 11 school conference. The Aggies have won 10 of their last 12, surging into second place. A win on Saturday night will likely lock them in as the 2nd seed for the conference tournament next week.

Guard Sam Merrill has been one of several standout players this year for the Aggies. Averaging 18.9 points per game, and shooting an incredible 41.3 percent from three-point range, Merrill is going to cause problems for the Lobos defensively. Paired with sophomore forward Justin Bean, 12.5 ppg and 10.4 rebounds, the Aggie offense has been nearly unstoppable.

The Lobos, on the other hand, are limping towards the end f the regular season.

What should have been a win against Air Force, slipped away late and left the Lobos craning their necks even further to see the top of the conference above them. The team’s performance in the second half of the regular season has called into question the commitment of the players and whether or not Paul Weir has control of the team.

With the injuries and suspensions sustained by the team this year, the individual numbers slipped from where they were earlier this year. Lyle has slid to a still respectable 15.3 points per game and is likely the team’s MVP this year.

It will take a near miracle for the Lobos to upset the Aggies, even with The Pit magic behind them. They will need to have a perfect game on defense and find a way to shut down Merrill to have a chance.

Saturday’s game is scheduled for an 8 p.m. tipoff from The Pit. Fans not in attendance can watch the game live on CBS Sports Network.