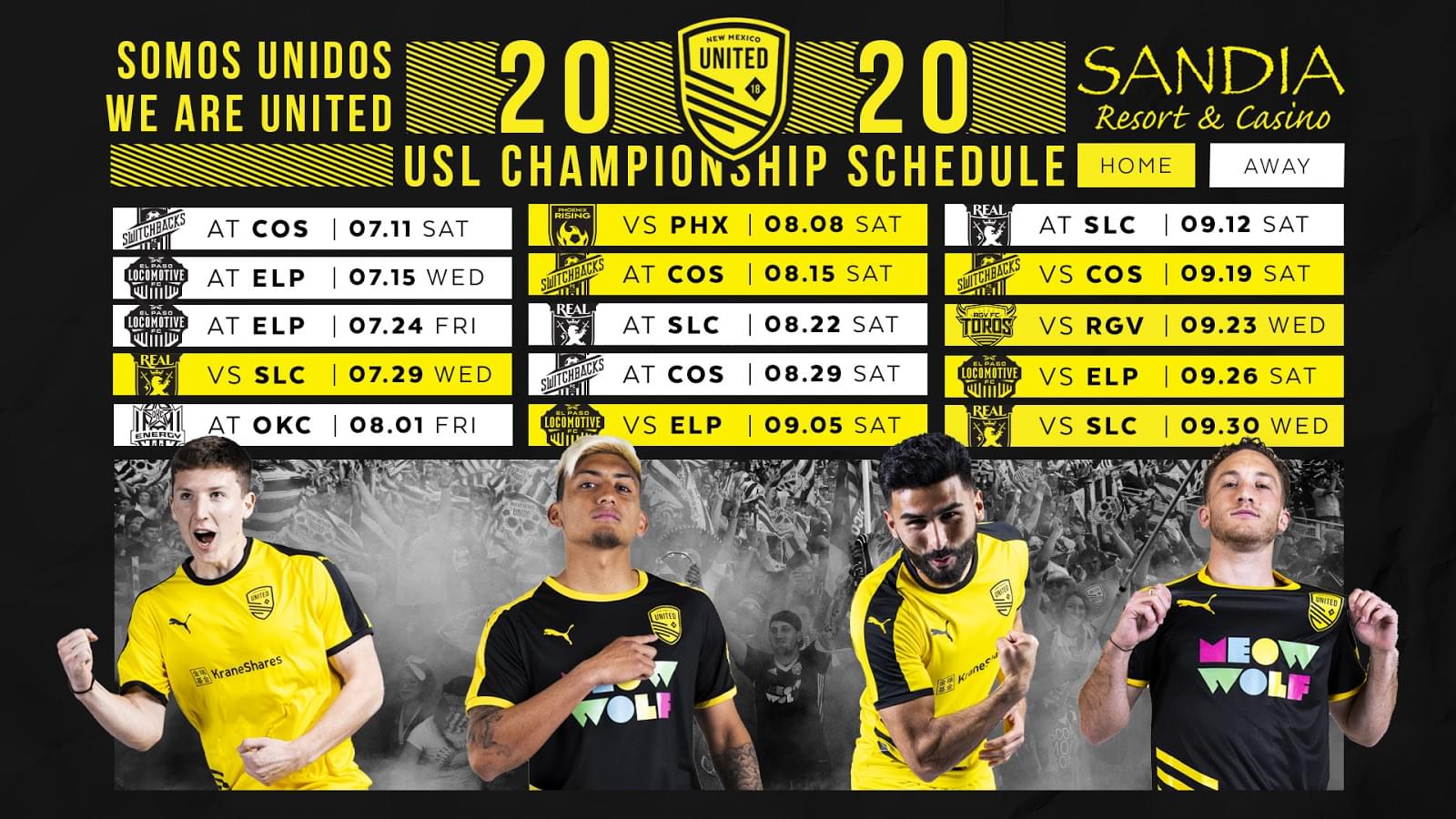 The USL released a revised schedule for the 2020 USL Championship season, with New Mexico United set to kick off play on July 11th on the road against the Colorado Springs Switchbacks.

United will play 15 games this season, including their first home game of the season against Real Monarchs on July 29th.

“We are excited to get back to what we do – playing soccer,” said Peter Trevisani, Owner and CEO of New Mexico United. “As a team, we are fired up to turn the narrative of 2020 around. We want New Mexicans to remember this as a year of Championship for our state.”

As part of the release, the team announced that home games this season will be played at the UNM Soccer Complex instead of Isotopes Park, as the Colorado Rockies will utilize the baseball stadium as part of their efforts to play the 2020 MLB season.

ESPN Radio 1010.7 The TEAM and New Mexico United will continue their broadcast partnership, with all games of the revised schedule broadcasted live on-air, online at www1017theteam.com, and on the TEAM App. 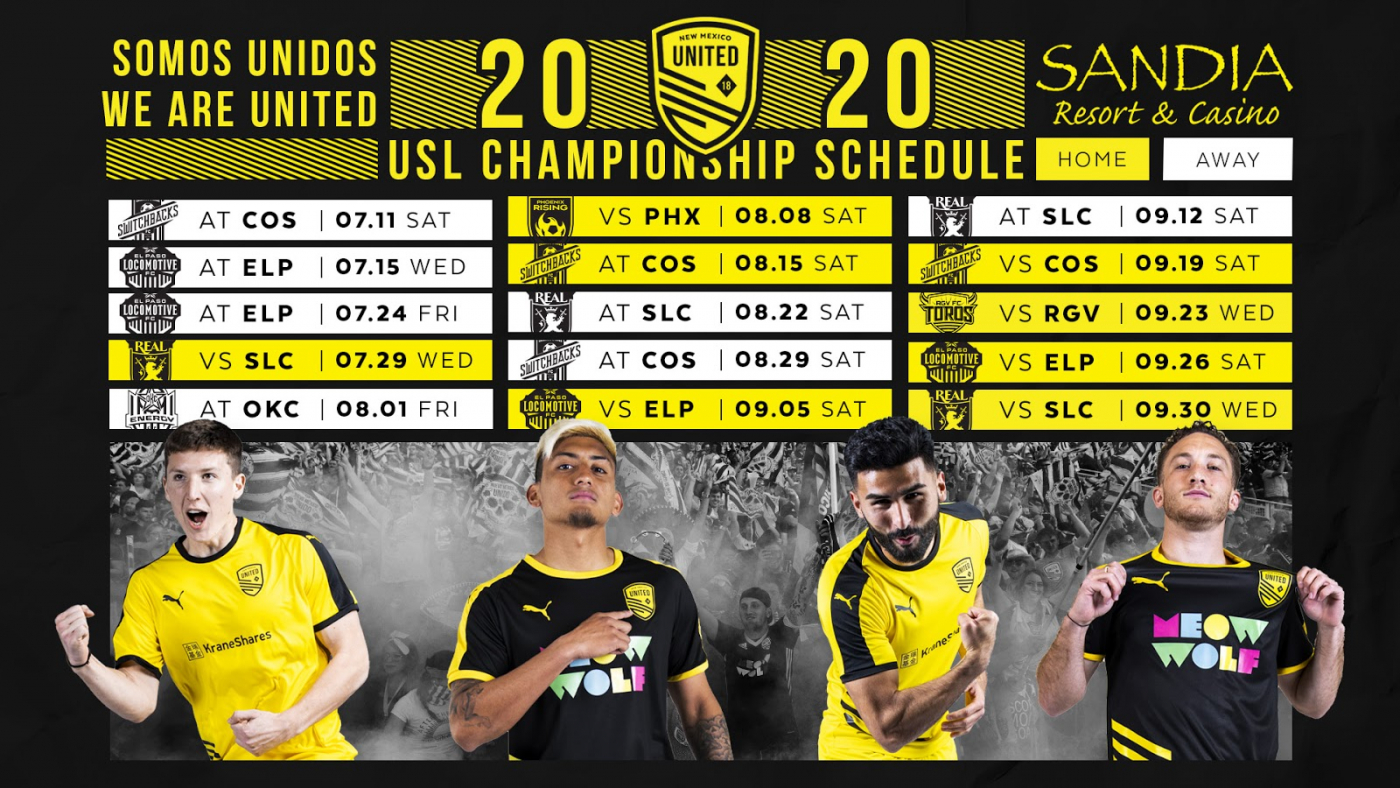