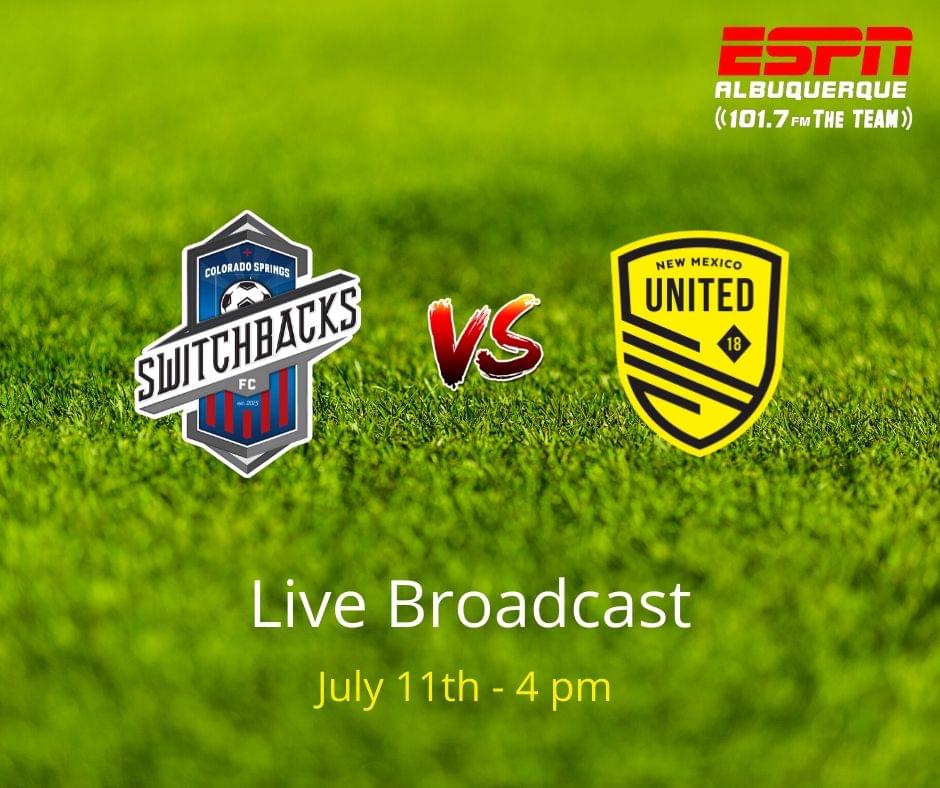 After a wait of 126 days, New Mexico United (0-1-0) finally returns to the pitch tonight as part of the USL’s 2020 restart. When the season was abruptly halted due to the emergence of COVID-19, no one was sure when, or if, the season would resume. Now though, the USL has undergone a temporary makeover in hopes of completing a season.

As part of the restart plan, the league divided the conferences into smaller groups, with the top two clubs from each group advancing at season’s end to a new-look playoff format. United’s group looks to be one of the more difficult ones, with three clubs that made last year’s playoffs. The only club of the four that didn’t have a showing in the postseason is Colorado Springs Switchbacks FC.

History is with United in the head to head matchup between the two sides. Last season they were able to win all three matches, two of which were in Colorado. During those three matches, United was able to notch eight goals. With an attack that is largely similar to last season, Unite will be looking to duplicate those results.

Colorado Springs, however, will be looking for payback. After a number of offseason changes, including the hiring of new manager Alan Koch last fall, the Switchbacks hope that they have turned a corner. In their season opener, they were able to earn themselves a 2-1 victory over Oklahoma City Energy FC.

Devon Sandoval – United’s second-highest scorer in 2019, Sandoval earned himself a hat trick against Colorado Springs last season. The departure of Kevaughn Frater opens up a lot of scoring opportunities for the rest of the United squad and Sandoval could directly benefit from them.

Kalen Ryden – One of the bigger signings in the offseason, Ryden brings leadership and experience to the United backline. A strong performance from a now healthy defensive unit could be just what United needs in order to get their first win of the season.

George Lebese – The South African international was a late-season signing for the Switchbacks last year and is a dangerous option for them on the wing. Lebese could be what they were missing last season.

Christian Volesky – The former Pittsburgh Riverhound made his debut in the season opener for the Switchbacks. One match in and he has already opened his account for his new club. The sixth-year player brings with him championship-quality experience and enhances the attack of Colorado Springs.

The match will take place on Saturday, July 11 at 6:00 pm from Weidner Field in Colorado Springs. The match will be aired on ESPN+ and can be heard locally on ESPN Radio 101.7 The TEAM and via The TEAM app.