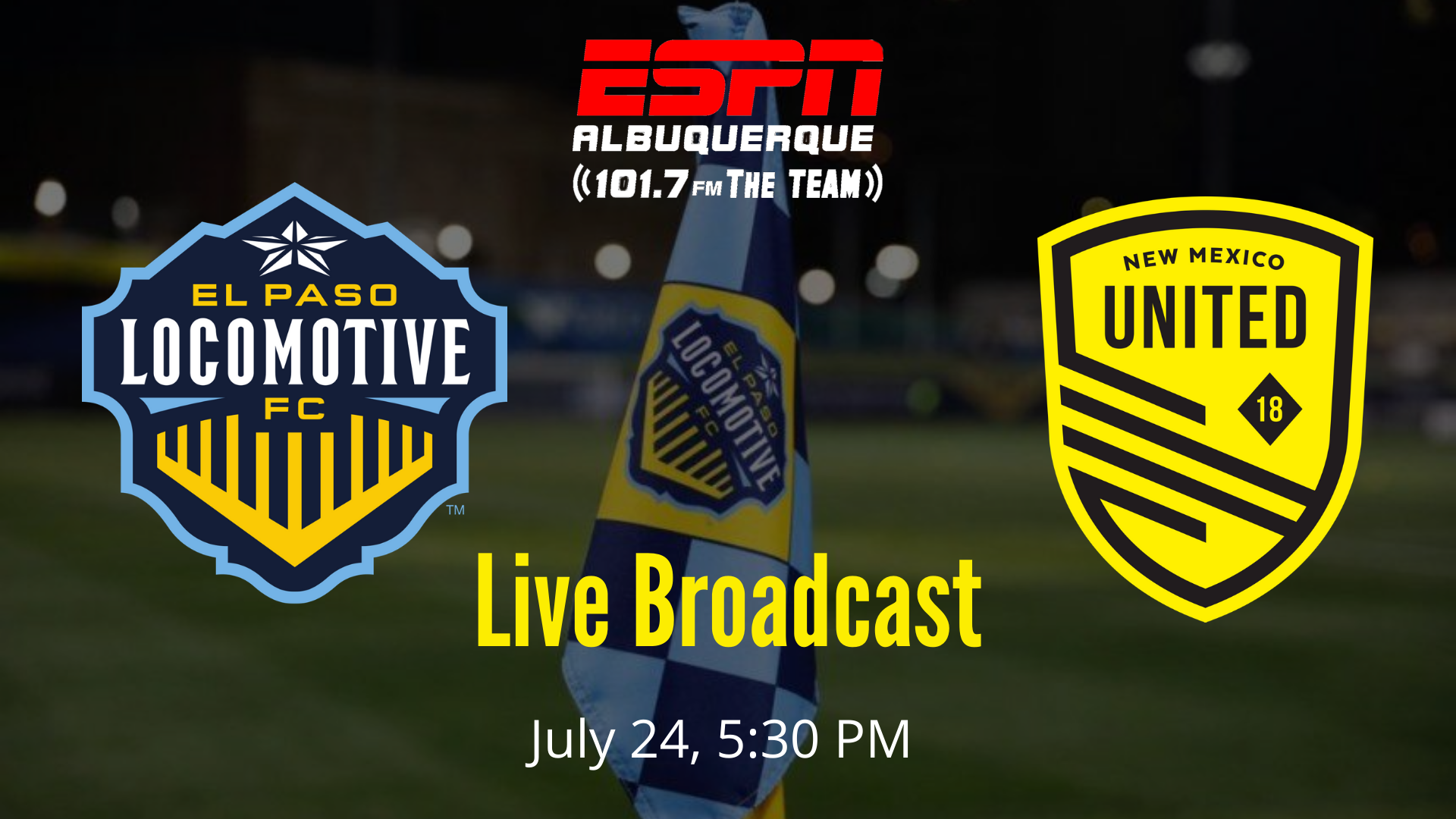 There’s a very real chance that New Mexico United (1-1-1) could be calling another city ‘home’ this season. One of the locations that have been mentioned is the home of this weeks’ opponents, El Paso Locomotive FC (1-0-2). If that’s the case, it’s a positive that United will have a place to play. The downside is that they weren’t very good away from The Lab last season.

United were 5-7-5 away from the Lab in 2019 and arguably, one of their best road matches came in El Paso during a 2-2 draw. Outside of the elevation difference, if the club was to play in El Paso it could be very similar to being in Albuquerque. Before any of that is decided though, the more pressing issue is Friday’s match against the Locomotive.

In the first of four matches that will take place between the two clubs this season, United and El Paso each walked away with a point last week after a 2-2 draw. United jumped out to a fast start using a very high press and was able to take advantage of a Locomotive mistake before surrendering two goals just before the half. Having to come from behind has not been something this club has been able to do often enough in the past but was able to do so last Wednesday. El Paso, on the other hand, showed that they were still very capable of scoring despite offseason roster moves that saw them lose their top scorer.

The two clubs will become very familiar with each other as the season continues, so United will need to find ways to keep El Paso guessing. After showing the press in the first match, it may be that Head Coach Troy Lesesne will that back in the second or deploy that tactic at a different time. The question then becomes, what else does United have? Last season they didn’t feature many different looks on the pitch and that will likely be the case this season as well. What supporters may see though, are different combinations of players due to their different strengths.

Omar Salgado and Andrew Fox gave the United backline fits on Wednesday night. Multiple times the Locomotive players found themselves in opportunistic areas and both took full advantage of them. One thing that could help United on Friday would be the returns of Josh Suggs, who didn’t travel with the team originally, or Rashid Tetteh. Two of 2019’s top defenders for the club, their absences have been felt.

On the other end of the pitch, United has Chris Wehan and Devon Sandoval leading the way. While they don’t have the pure speed that traditional strikers do, Sandoval is excellent at finishing and holding up the ball and allowing others to get involved. Wehan came alive last season and with two goals in three matches so far this year, he could be in for a career year.

Amando Moreno – One of the new faces to the club, Amando was thought to be another weapon in United’s arsenal. Though he hasn’t scored yet, he did create two chances in the last meeting and seems to have a good read on what Lesesne wants to do. Amando has pace and the ability to disrupt the El Paso defense, which could prove to be crucial this week.

Dylan Mares – The Locomotive midfielder was impressive in his first match against United. Time and again he found himself with the ball in a dangerous area, leading to five chances created, three crosses, and two shots on target. He’s a proven scorer, having posted double digits during stints with both Indy Eleven and Miami FC. Mares will be someone that needs to be kept in focus at all times.

Friday’s match is set for a 7:30 PM (Mountain) kickoff, once again from Southwest University Park. The match will be broadcast live on ESPN+ and can be heard locally on ESPN Radio 101.7 The TEAM and via The TEAM App or website.