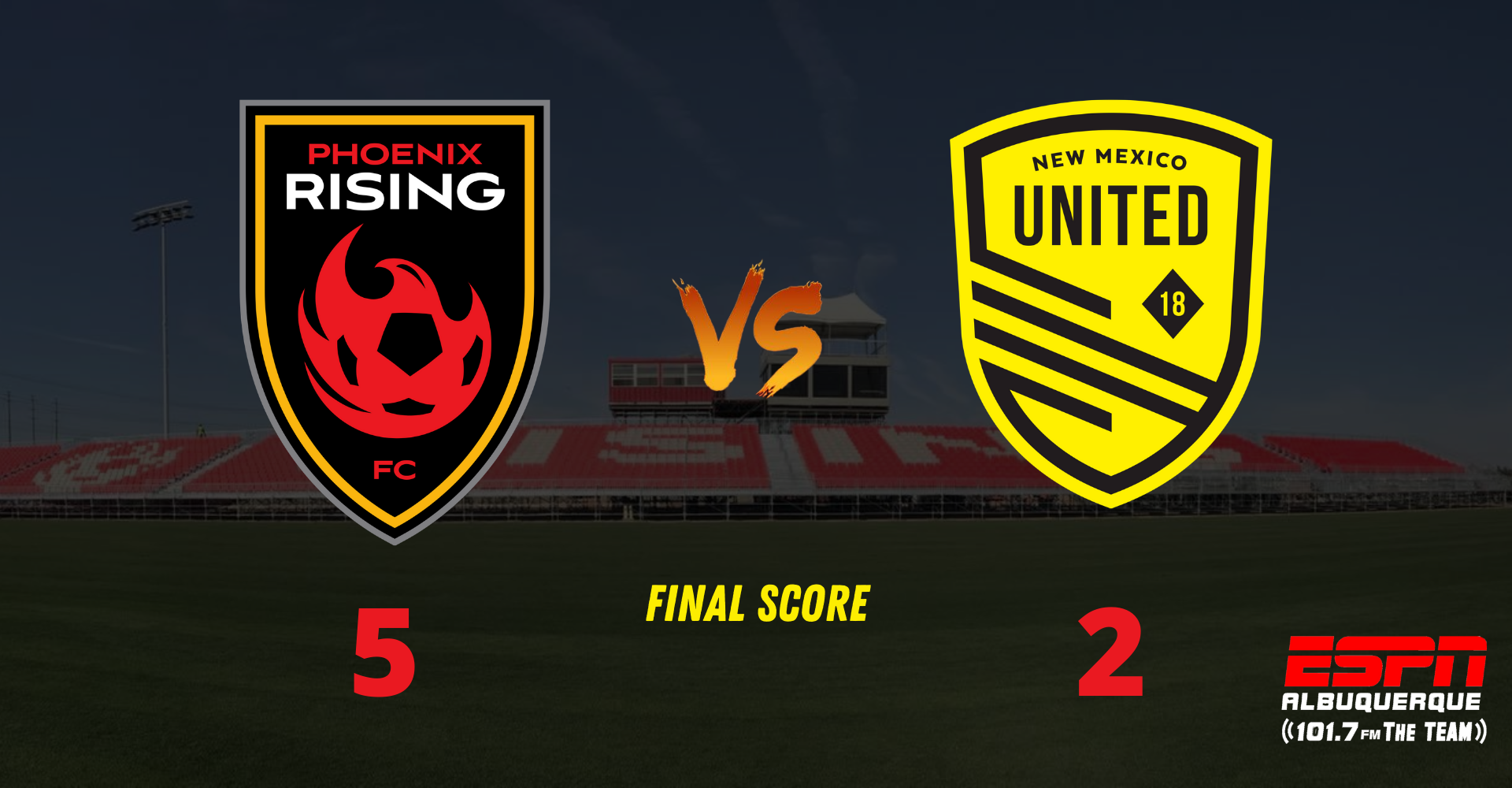 It didn’t take long for the Clash in the Desert to show its teeth. And for the third time in four matches between the two clubs, New Mexico United (3-2-1) took the opening goal.

After Phoenix Rising FC (4-1-1) displayed some first-minute pressure, United shocked the hosts moments later. Josh Suggs and Amando Moreno swapped sides of the pitch, leaving Moreno with room to run down the right wing. At the same time, Romeo Parkes was able to drop between Rising defenders A.J. Cochran and Coren Whelan opening himself to a cross. Moreno’s cross was perfectly placed, and from 20 yards out, Parkes’ header found the back of the net.

Dadashov added another goal only minutes later. With United unable to grab control of the ball within their defensive third, Solomon Asante would put in a cross from the right side of the box to Dadashov, who had wandered unmarked near the penalty spot. It was an easy finish for the Azerbaijani international, despite appearing offside again from the camera angles available on the broadcast.

Now trailing 2-1, it was United’s turn to try and answer. In the 35th, Moreno would get another chance to put a cross into the box, this time to Chris Wehan. The United midfielder was able to put toe to leather, but couldn’t find the target he was hoping for and pushed the ball wide of the goal.

As fast-paced the first thirty minutes of the half appeared, the final fifteen were as slow. Rising wanted to try and slow the pace and take United out of their comfort zone. United, too, tried to slow the pace at times well to try and regain control of the pace.

Neither side would find the net again before the half was over, and the 2-1 score would last until the 52nd minute. A Rising FC corner led to a header from Cochran finding the back of the net. The ball was played short to Asante, whose cross was whipped in and played by Cochran, uncontested.

United would pull one back in the 59th after a corner of their own. Delivered into the box by Josh Suggs, neither club would control the ball until Andrew Tinari was able to flick the ball into the bottom left corner by way of a back heel. The goal was Tinari’s first of his career.

With plenty of time remaining, there was hope that United could complete the comeback. But instead, Phoenix was able to keep their foot on the throttle and not let up.

Flemmings extended the lead back to two goals in the 73rd. Bakero once again was able to play the ball in for the assist, this time from the right wing to the center of the box. Somehow the ball was able to elude two United defenders and went straight to Flemmings, who was able to finish.

Phoenix would add one more in the 86th to give the match it’s final scoreline. Flemmings would finish off a hat-trick after he was left all alone on the right side of the box. Santi Moar would play the ball over to Flemmings, with no black jerseys anywhere close to being able to stop him. United had no answers for the Jamaican in the match tonight, and for the first time in the series, Rising FC was able to defeat United by a final of 5-2.

Andrew Tinari – Tinari opened his account with the club taking advantage of a loose ball inside the box and gave United a chance to pull back level late in the match. His decision making was solid throughout the match and showed why Lesesne wanted to sign him during the offseason.

With the loss and a win by El Paso, United’s lead in the Group C has slipped to only two points. Lesesne’s club will look to regroup and rebound from the loss when they head on the road once again. Their next opponent will be Colorado Springs Switchbacks FC, who are coming off of a loss as well. The last time the two sides met, United defeated Colorado Springs 2-1. That match is scheduled for a 3:00 p.m. (Mountain) kickoff from Weidner Field on Saturday, August 15.