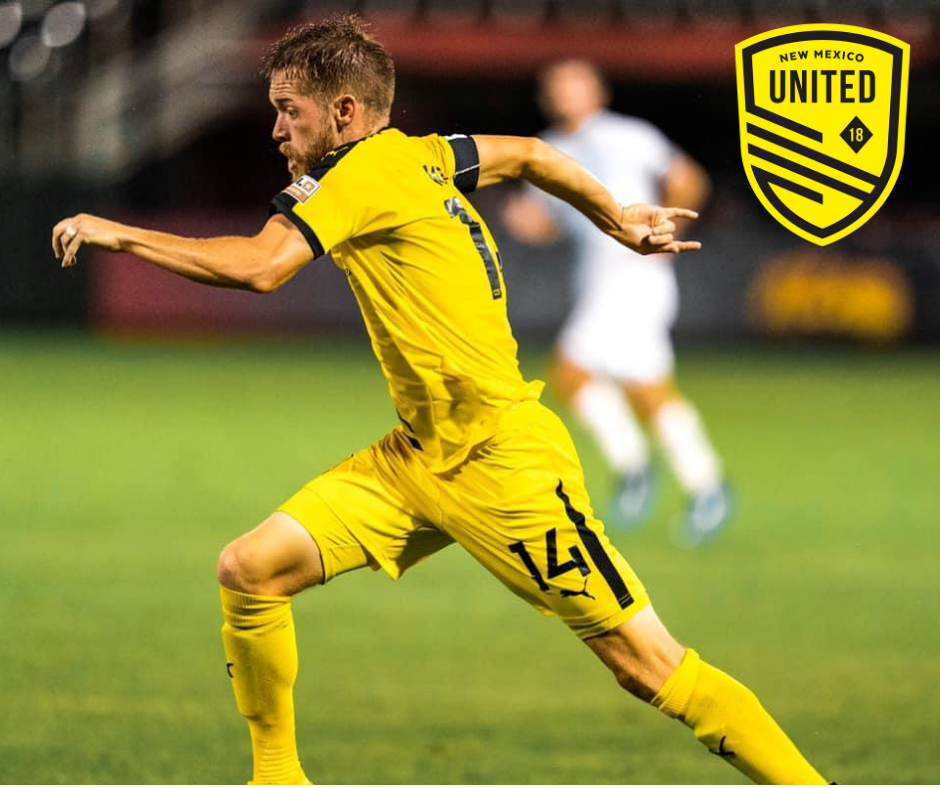 For the majority of the clubs within the USL, their season has hit the halfway point. After two matches last week, New Mexico United has surpassed that and is looking at a potential spot in the 2020 playoffs. According to FiveThirtyEight, United are heavy favorites to make it to the playoffs. Even with a quick glance at the standings, the lead the club has built feels insurmountable.

Of the seven matches that United has left on the schedule, all but one will be against the other members of Group C. In each of the upcoming matches, United should be favored. No one should be overlooked, though. To this point, though, the group hasn’t quite been the group of death that many expected.

One of the surprises of the season has been the much-improved play of Colorado Springs Switchbacks FC. In one of the more shocking results this season, the Switchbacks were able to recover from a 4-0 deficit to Austin Bold FC and earn a draw last weekend. George Lebese and Christian Volesky finally seemed to find a rhythm in the second half and showed what they are capable of.

History isn’t on their side heading into the weekend, though. Five times the Switchbacks have met with United on the pitch, and five times they’ve lost. They haven’t been without their moments this season, and with Volesky and Lebese playing well, it could be an opportunity for the hosts to steal a point. In order to do that, though, they have to figure out how to deal with both United’s press and a defense that has allowed one goal in the past three matches. Much like before, the Switchbacks will try to build out of the back and break down United through the middle of the box.

George Lebese – One of the newest members of the Switchbacks, Lebese, may have finally found some chemistry with the players around him. Through eight appearances, Lebese has two goals and is becoming a larger part of the game plan in the final third.

For United, as good as the last week has been, the club got some more bad news this week. Once again, the first home match of the season has been relocated. As disappointing as that news was, United just keeps on rolling. If the constant travel bothers them, they aren’t showing any signs of cracking.

If anything, they’ve only looked better with each passing week.

They’re outperforming expectations and have put the Western Conference on notice. There’s no longer any worry about where goals are going to come from. There are no longer concerns about defensive performance. Head Coach Troy Lesesne has made just about every move that he’s made work for him. Even with the loss of Manny Padilla mid-season, the depth of United and Troy’s decision making has proved to be the difference.

Now, the club has a full week of rest between matches again, and that should worry Colorado Springs. A fully rested United means the club will be able to press more and should be sharp in their defensive reads. That’s been the biggest area of improvement for the club from 2019 to 2020. Bringing in Kalen Ryden has helped the defense grow by leaps and bounds. It’s also been a huge benefit to the club that the roster is full of guys who can play in multiple roles.

In order for United to come out of Weidner Field with three more points, they’ll need to control the midfield. That objective starts with Juan Pablo Guzman and Andrew Tinari. The duo has been very good at disrupting their opponents so far this season and giving United possession in dangerous areas. Their goal will be to prevent the Switchbacks from playing the ball forward to Volesky or Lebese. If they are able to do that, then the club’s chances for a win go way up on Saturday evening.

Saalih Muhammad – Saalih has been very strong for United so far this season and has shown great versatility on the pitch. Typically a midfielder, he has shown an ability to slide back and play in the centreback role alongside Ryden and has become one of the stronger defenders on the United roster.

Saturday night’s match is scheduled for a 6 p.m. (mountain) kick from Weidner Field in Colorado Springs. The match will be broadcast domestically on ESPN+ and internationally on YouTube. Locally the broadcast can be heard on ESPN Radio 101.7 The TEAM, via The TEAM app and on The TEAM website. Spanish language commentary will also be available on La Zeta 106.3 FM.