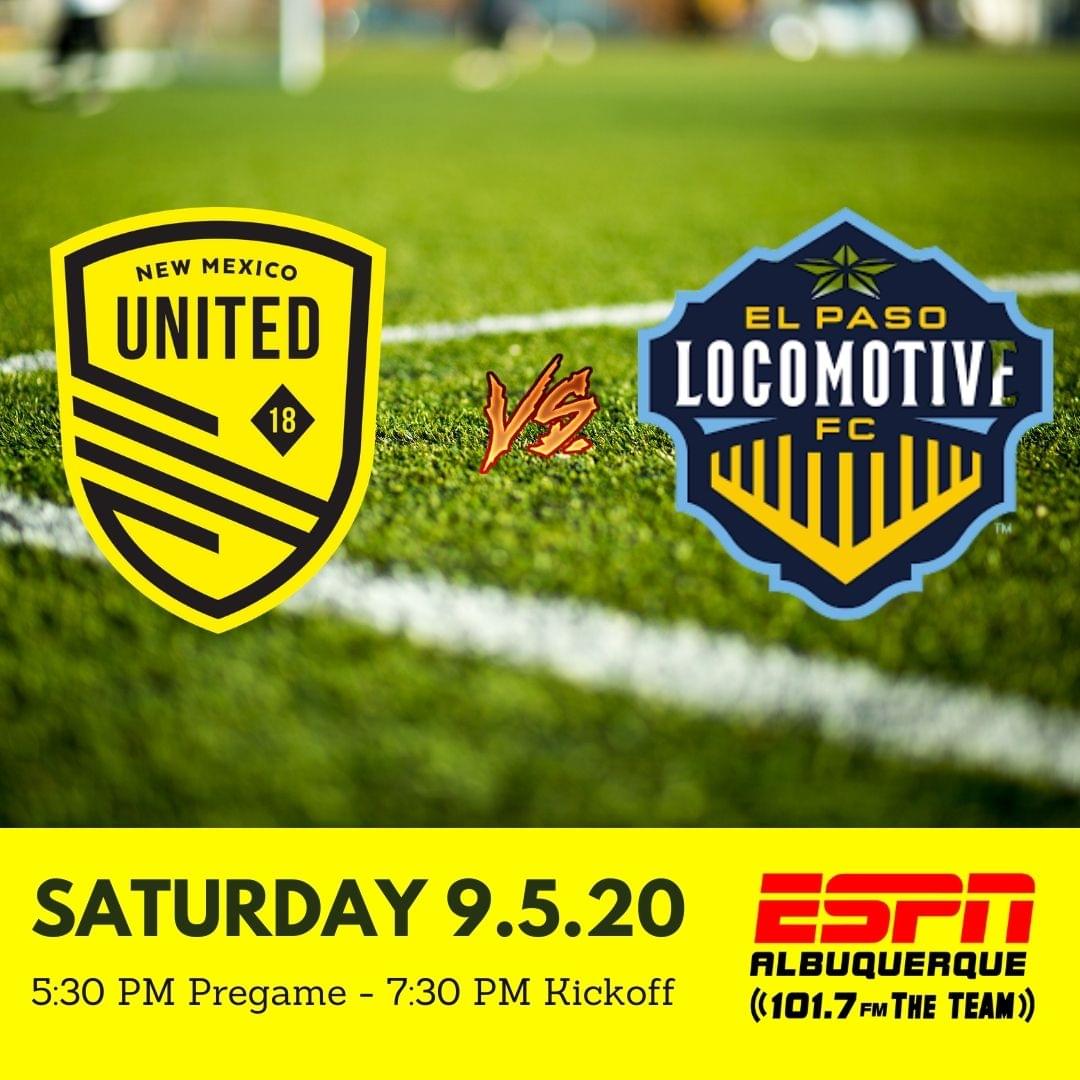 After a season and a half, New Mexico United are still undefeated against two other members of Group C. Since the start of the 2019 season, United is a combined 7-0-3 against Colorado Springs Switchbacks FC and this weekend’s opponent, El Paso Locomotive FC. Even with that history behind them, the analysts at FiveThirtyEight still have the Locomotive as a slight favorite.

Part of that could be due to their recent run of form. Since losing to Phoenix Rising on the first of August, El Paso has put together a four-match unbeaten run. During that run, they’ve played their best football this year. Admittedly, those results have come against the bottom two clubs within the group. Playing against United is a different type of matchup, though.

The two sides have already met twice this year, and neither time was the Locomotive able to figure out the United defense. Since then, United has posted three clean sheets, and their defensive play has improved. For a Locomotive club that, despite their improved form, is still struggling to find goals, it will be a challenging task. Their leading scorer, Aaron Gomez, hasn’t found the net in a month. Their next two highest goalscorers have been off-target for just as long. Against a club like United, if the Locomotive can’t find a way to get their forwards involved, they will have a hard time earning points, even at home.

Richie Ryan – In the first two matches this year, Ryan was a constant threat in the midfield. A distributor and solid defender, Ryan’s name was called several times for his efforts. He has the ability to disrupt what United wants to do in the middle of the park.

While the term must-win is often associated with clubs facing playoff elimination or relegation, for United this match could almost be described as such. Currently, with a five-point lead, a win on Saturday night would put United squarely in the driver’s seat for the top spot in Group C. Any other result, and it gives El Paso a chance to pull level, or even ahead in the standings.

For the men in yellow, it’s coming increasingly difficult to play every match on the road. By this point, they’re used to it, but that doesn’t mean they’re comfortable doing it or even want to. What they’ve done this season so far, no other club in the entire USL has had to do. Ten matches played, and every single one has been away from home. At this point, it will be at least two more matches before the club could return to Albuquerque and play.

They haven’t let that stop them, though. Chris Wehan has stepped up and is fourth in the league in scoring. Amando Moreno is up for the August Player of the Month award. United completely flipped the script from the month of August in 2019. This is a club that has come together and is showing just what sort of character they have.

Aside from Ryan Williams, who is serving a red card suspension, and Justin Schmidt, United is expected to be at full strength on Saturday. The only other concern is a possible injury to Devon Sandoval. Just like they have done all year though, the job of filling those shoes will fall to whoever the next man up is. If Sandoval does miss the match on Saturday, expect to see Romeo Parkes get another start up top as the lone striker. In his last appearance, Parkes played significantly better than in prior weeks. With some confidence, Parkes could be in for a big night.

In the defensive third, United has two keys to the match. The first key is to limit the chances for Aaron Gome and Omar Salgado. Both forwards are capable of scoring from multiple angles and know how to work the spaces in the final third. The second key is to disrupt the El Paso build up. There are two ways that United can accomplish that. The first is by using the high press. The other is to control the midfield. Juan Pablo Guzman and Andrew Tinari have been putting together very good performances of late and have limited the number of looks that the opposing clubs get.

Juan Pablo Guzman – One of United’s most reliable midfielders, his ability on the pitch is unrivaled. Not only is his distribution very good, but he’s also capable of taking over the middle of the park defensively. While not directly involved with the high press, he creates a second line that many opponents have struggled to get past at times.

Saturday night’s match is scheduled for a 7:30 p.m. (MT) kickoff from Southwest University Park in El Paso. The match can be viewed domestically on ESPN+ and internationally on YouTube. Locally, supporters have multiple ways to catch the match live. The match will be broadcast on ESPN Radio 101.7 The TEAM, via The TEAM app, and the TEAM website. The match will also be broadcast locally on Estrella TV. Spanish language commentary will also be available on La Zeta 106.3 FM.