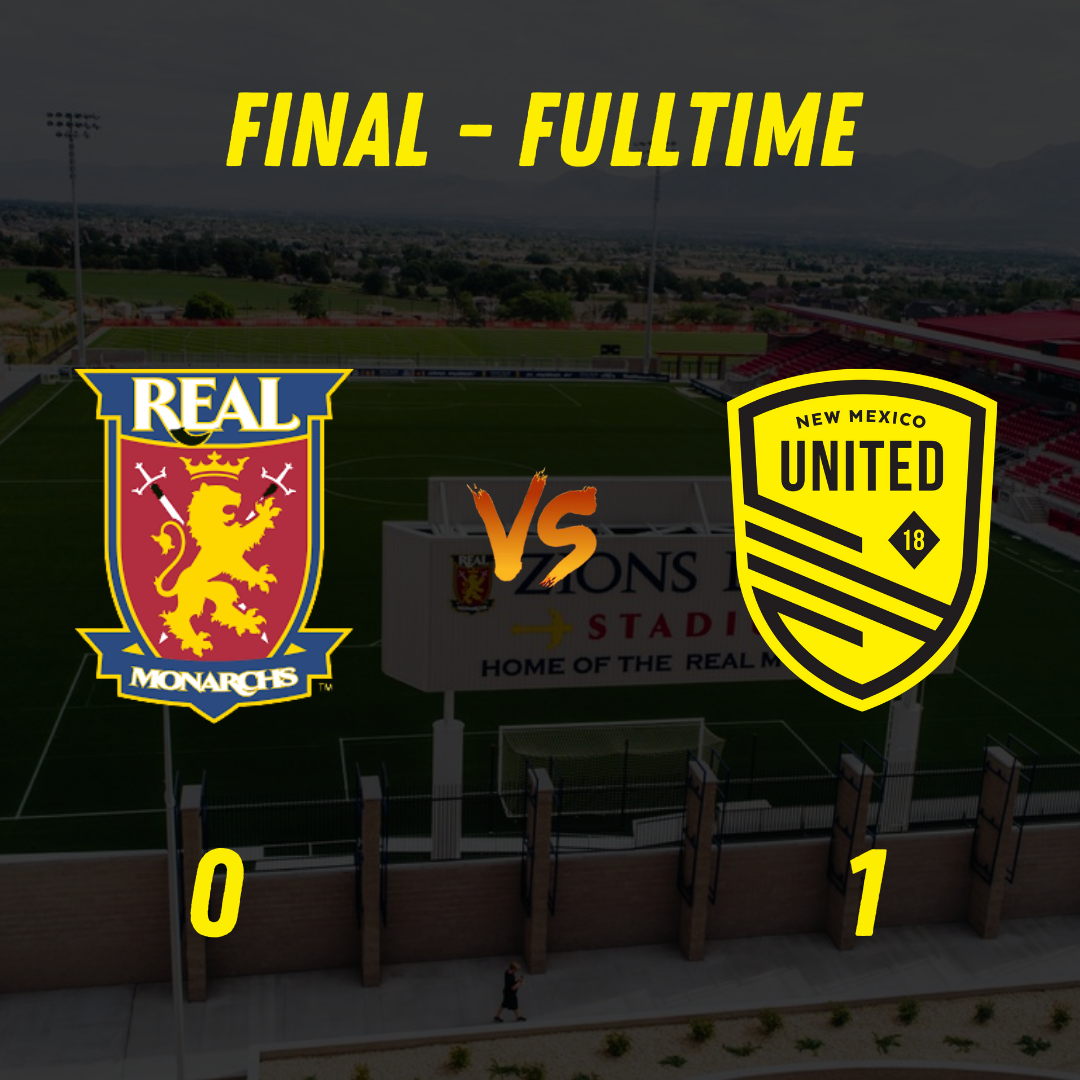 New Mexico United’s 2020 regular season came to an end Wednesday night in the same way that it started, on the road. In 81 days, United played 14 times and traveled from Salt Lake to Tulsa and back again. During that time, they posted six clean sheets, eight wins, and did so while enduring excessive amounts of time spent away from home and their families. All told, it was a very successful regular season.

For the fourth time this season, United made the trip to Utah and once again came away with three points. Without Head Coach Troy Lesesne on the touch line, management of the match fell to Zach Prince. The team sheet looked quite different from the previous match. With six changes, it was clear that the objective was to try and rest some of the team in preparation for the first round of the playoffs.

The lineup that was on display tonight put together a solid performance. From the opening whistle, United dominated possession and allowed the Monarch only nine shots the entire night. Of those nine shots, only one was on target and was easily saved by Cody Mizell.

Even with their possession edging near 70%, United themselves only had 10 shots, 3 of which were on target. After coming close in the first half, they were finally able to break through in the 58th. Kalen Ryden initiated the attack by sending a long ball deep down the middle of the park. The ball would go over the heads of the Monarchs defenders and was caught up to by Josh Suggs. Suggs barely beat James Slayton to the ball and was able to play it towards Joris Ahlinvi. Ahlinvi was able to put a head on the ball and had just enough pace on it to put it over the line.

Amando Moreno would come close to doubling the lead twice in the closing minutes of the match, but neither attempt was able to find the net. With neither side able to slot home another goal, the lead for United would stand giving themselves a 1-0 win.

Saalih Muhammad – Muhammad had one of his best matches of the season at Zion’s Bank Stadium. He completed just under 90% of his passes, created three chances, and was responsible for a dozen recoveries.

For United, the regular season appears to be over. A Tweet from the club earlier today stated that this was the final regular-season match, but no official announcement has been made regarding the RGV match being rescheduled. If that match does not get rescheduled, then United play next in the first round of the playoffs.

Depending on the outcome of El Paso’s match on Saturday, United could possibly find themselves back in first place. That, of course, would be easier if United still had the match with RGV on the schedule. Between now and next week, United will be preparing whoever their opponent may be. Once the final matches are played, United will know who their opponent will be.