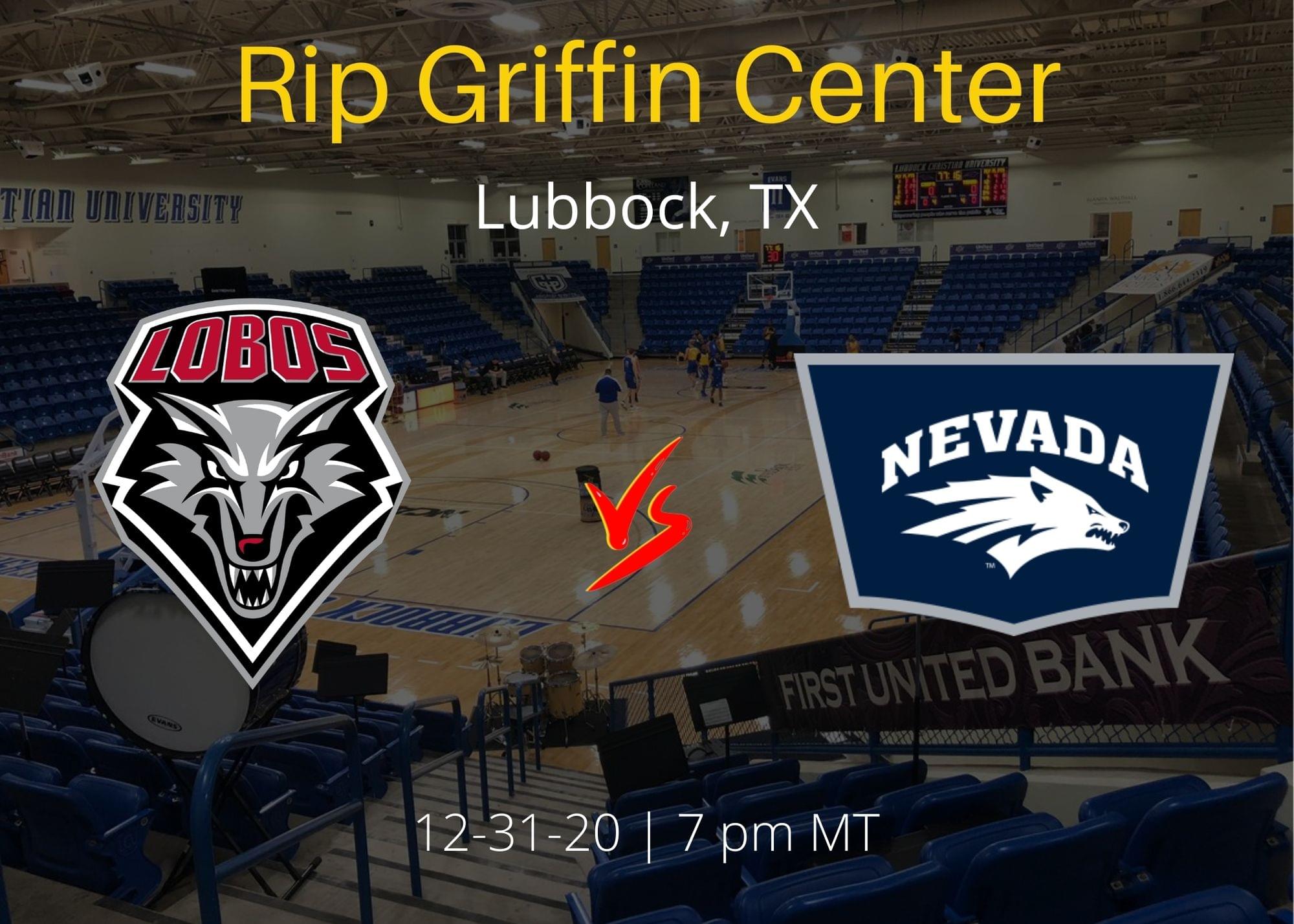 The University of New Mexico men’s basketball team (3-0) will kick off Mountain West Conference play this evening against the Boise State Broncos at ExtraMile Arena in Boise.

As the team gets ready to take on a talented Broncos team that is 4-1 on the season, they announced today that their first two home series’ will be played not at the Pit but at Rip Griffin Center on the campus of Lubbock Christian University.

Local COVID-19 health restrictions have forced the Lobos to play and practice outside of their home state, similar to what the football team had to endure while practicing and playing in Las Vegas, Nevada, this fall.

The two “home” series against Nevada and Utah State will take place starting on December 31st and January 2nd against the Wolf Pack, followed by a pair of games against the Utah State Aggies on January 6th and 8th.

“We are grateful for the opportunity Lubbock Christian University is providing us with the permission to host these home contests on their campus,” UNM head coach Paul Weir said in a release from the school.

“The generosity to open up their doors and provide our student-athletes this experience is a great lesson to us all. Lobo Basketball will forever remember their grace in helping us at a time of such great need.”

The 3-0 Lobos enter play tonight with victories over Rice, Our Lady of the Lake, and Le Tourneau. The Broncos boast wins over Sam Houston State, BYU, Webber State, and the College of Idaho. Tipoff is set for 7:30 MT on FS1.