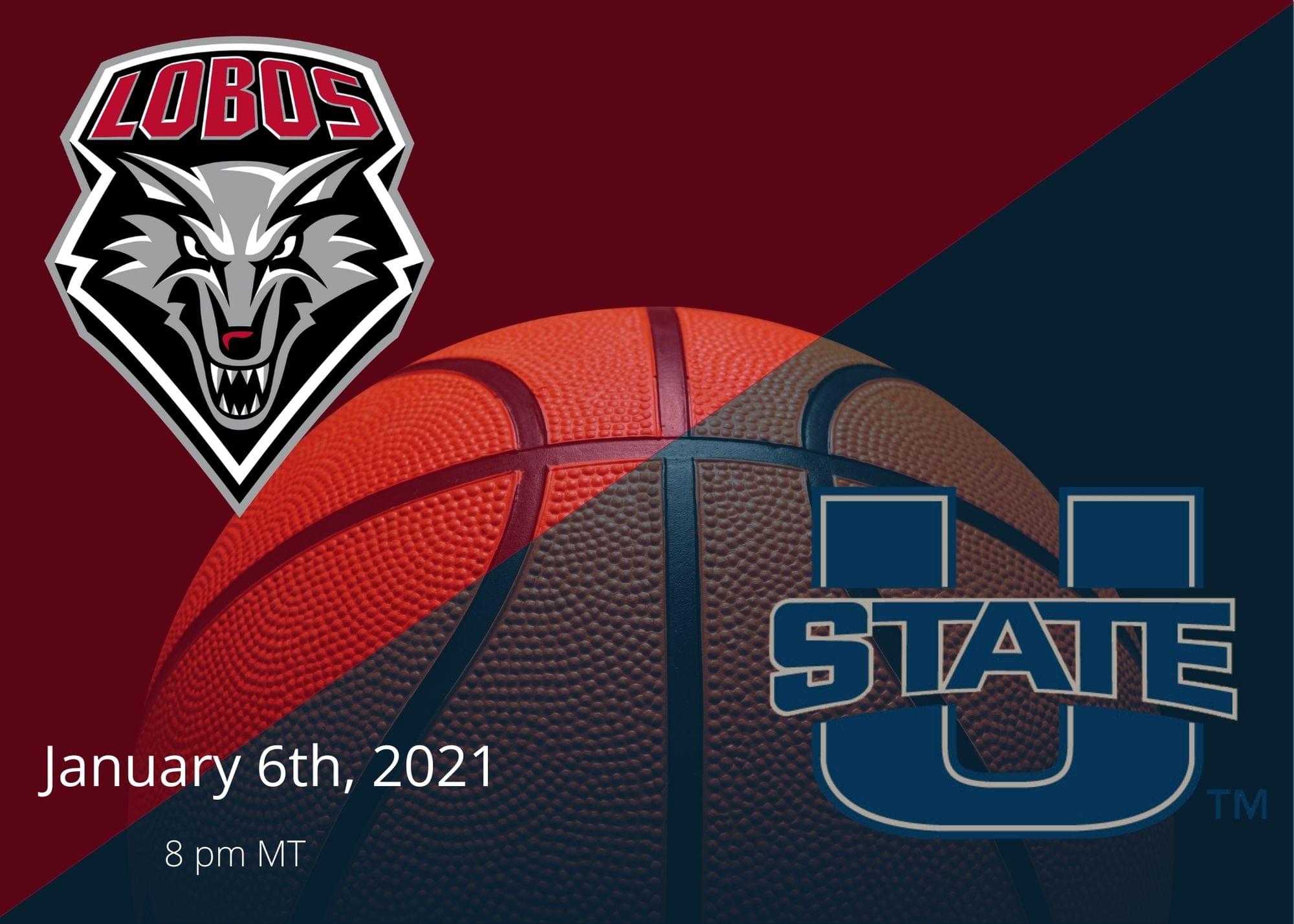 The University of New Mexico men’s basketball team is still searching for their first conference win of the season as they host Utah State tonight in Lubbock, Texas.

The 3-4 Lobos played much better in their second game against Nevada last week but were unable to beat the Wolf Pack to secure their first Mountain West Conference win of 2020-21.

Beating a red-hot Aggies team tonight may be too tall of a task for Paul Weir’s squad. The Aggies are 7-3 on the season and a perfect 4-0 in conference play.

At 77.4 points per game, the Aggies are tied with Oregon for 94th in points scored per game in the nation, compared to the Lobos, who rank 206th at just over 71 points per game. Neither team is particularly good at shooting from long distance, with both squads ranked outside the top 150 in the country.

The most glaring difference between the two teams is how balanced the Aggies are on offense and how much better they are than UNM at free-throw shooting.

As a team, Utah State averages just over 70% from the free-throw line, while the Lobos sit at 58% on the season. To put it in perspective, only five teams in the country are worse as a unit than the Lobos at the charity stripe.

A matchup to watch in this game will be UNM forwards Bayron Matos and Valdir Manuel going against seven-foot center Neemias Queta. Queta is the team’s leading rebounder at just under nine boards per game, and he averages nearly three blocks per contest. The Lobos lack a true center inside, and the tandem of Matos and Manuel will be tested in this game.

The Aggies lead the all-time series over the Lobos 27-12 and have beaten UNM in four of the last five matchups.