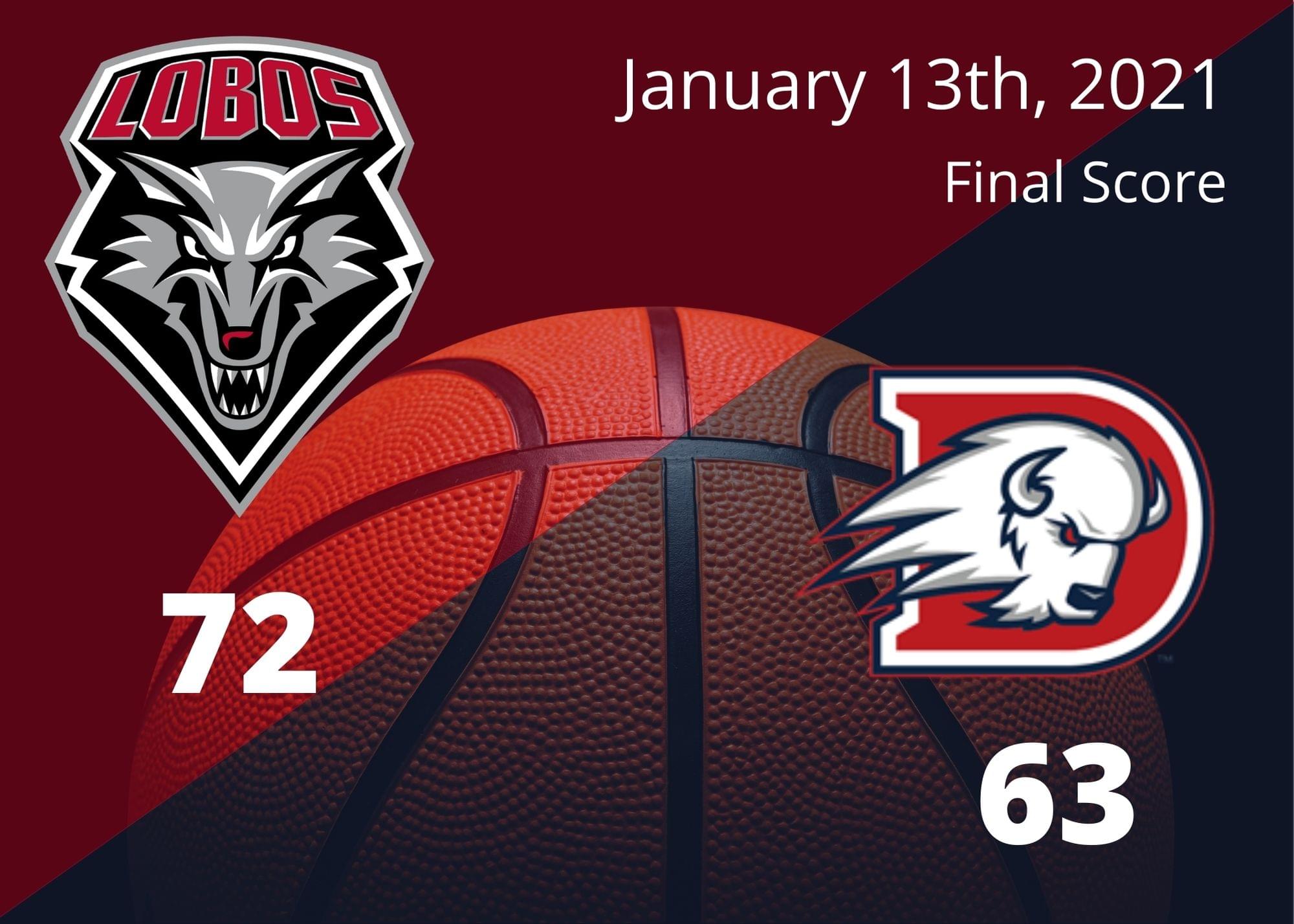 The University of New Mexico Lobos took on the Dixie State Trailblazers down a man with the announcement on Wednesday afternoon that senior guard Keith McGee has opted out of the remainder of the 2020-21 season.

McGee announced his intentions on his personal Twitter account, stating that COIVD-19 related travel issues have “had a major impact on my mental and physical well being. My health and safety is more important than the game I love right now.”

The Lobos entered tonight’s contest in the midst of a six-game losing streak in MWC conference play, including a lopsided 82-46 loss against Utah State. UNM is just 3-6 on the season and tied for dead last in MW conference play with San José State.

The Trailblazers entered play with a 4-2 record, but they have yet to play a WAC conference game due to COVID-19 related cancellations. Their highest-profile game on the season was a 112-67 loss to No.1 Gonzaga on December 29th.

Slow starts and poor shooting from the field and the free-throw line have plagued UNM this season. Those woes continued in tonight’s game, with UNM shooting just 36% from the floor in the first half and 1-4 from the charity stripe. The Lobos failed to make a three-point basket in the first half, although they did enjoy a massive rebound (27-19) advantage and dominated in points in the paint.

Dixie State jumped out to a 24-16 lead with 6:03 left in the half on a three-point basket by Jacob Nicolds. The Lobos would respond with an 8-0 run and would head to the break with a 27-26 advantage.

In addition to poor shooting, defense has been an issue for the Lobos, especially giving up too many easy baskets in transition. The Lobos did an excellent job in the second half defensively, limiting the Trailblazers to just 14% shooting over the first ten minutes of the second period.

UNM dominated play early in the second half, jumping out to a 16-point advantage with just under 10 minutes to play. Dixie State would cut the lead to nine with just under a minute to play, but Maluach, Jeremiah Frances, and Saquan Singleton made six clutch free throws in the closing minute to secure the win 72-63 win.

Saquan Singleton led three UNM players in double figures with 17 points on 5-8 shooting. Frank Staine led the Trailblazers with 13 points, despite shooting just 1 of 7 from behind the arc.

UNM posted an impressive 11 blocks on the night, just one short of tying the program record of 12.

The Lobos continue MWC play against UNLV in Las Vegas on Saturday afternoon. UNLV is 2-6 on the season, and like UNM, has yet to log a conference win.