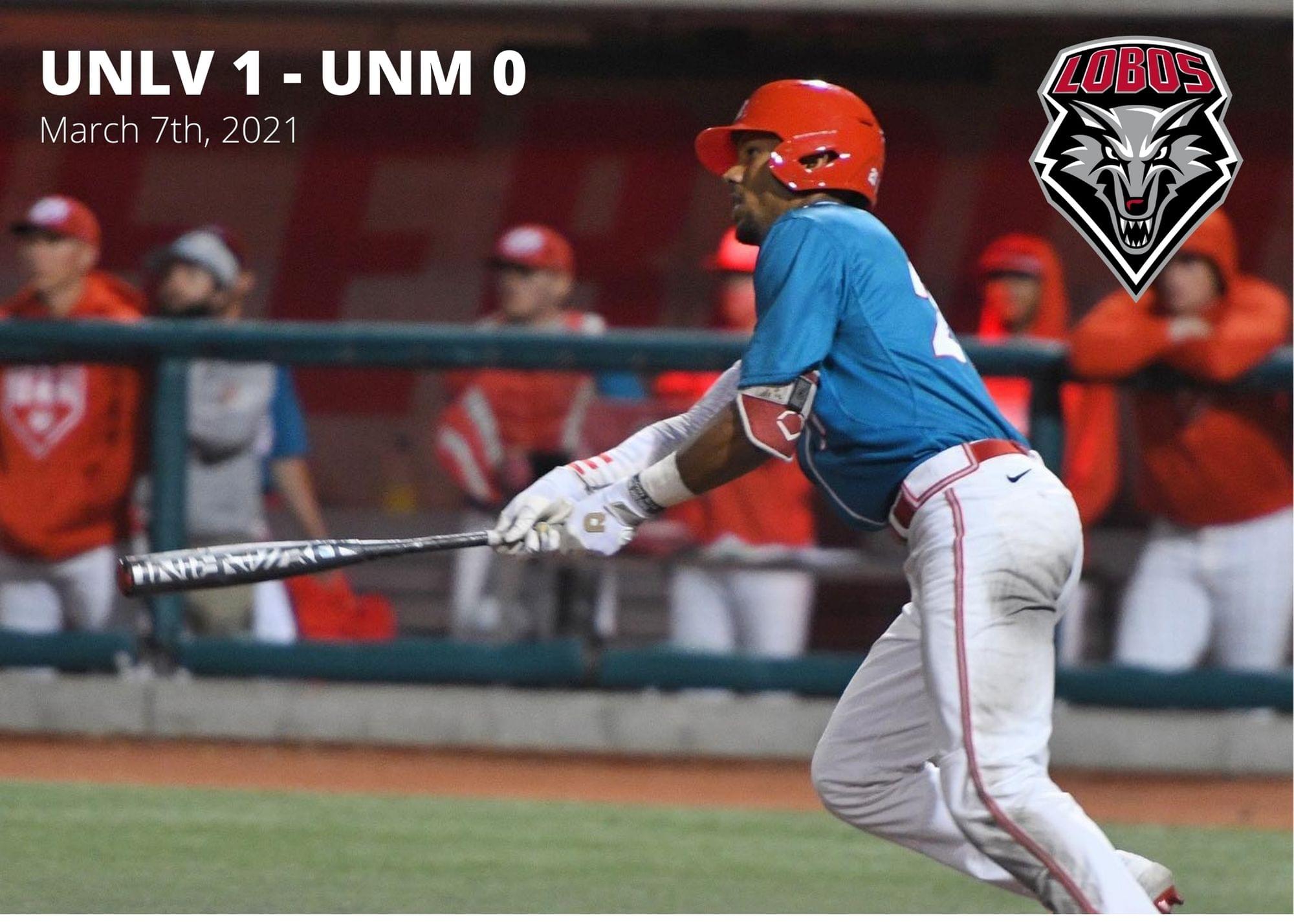 Tristin Lively struck out 11 batters and gave up just four hits over eight innings of shutout baseball Sunday afternoon against UNLV, only to earn a no-decision in UNM’s 1-0 loss in extra innings.

UNM dropped all three games against the Rebels over the weekend, including Sunday’s heartbreaking extra-inning loss in what turned out to be a pitching duel between Lively and UNLV starter Josh Sharman.

The Lobos and Rebels combined to post 12 hits on the day, but the only one that netted a run was the game-winning double by designated hitter Jack-Thomas Wold off of Terrell Hudson in the bottom of the 11th that plated pinch-runner Rosenberg, who was placed on second to start the inning in accordance with extra-inning rules.

Head coach Ray Birmingham intentionally walked third baseman Diego Alarcon to set up a possible double play. Instead of hitting into a force play, Wold belted a double to center field, sealing the sweep for UNLV.

Centerfielder Cole Posey and second baseman Mack Chambers each posted two hits to lead the Lobos. Wold was the clear-cut offensive star for UNLV, logging three of UNLV’s six hits, including the game-winner.

The Lobos (4-6) will look to get back in the win column with a quick two-game series on the road against Fresno State on March 13th & 14th. UNM will then play a three-game series against Kansas State in Manhattan, KS, on March 20 & 21 before returning home to take on Nevada at Santa Ana Star Field on March 27th.