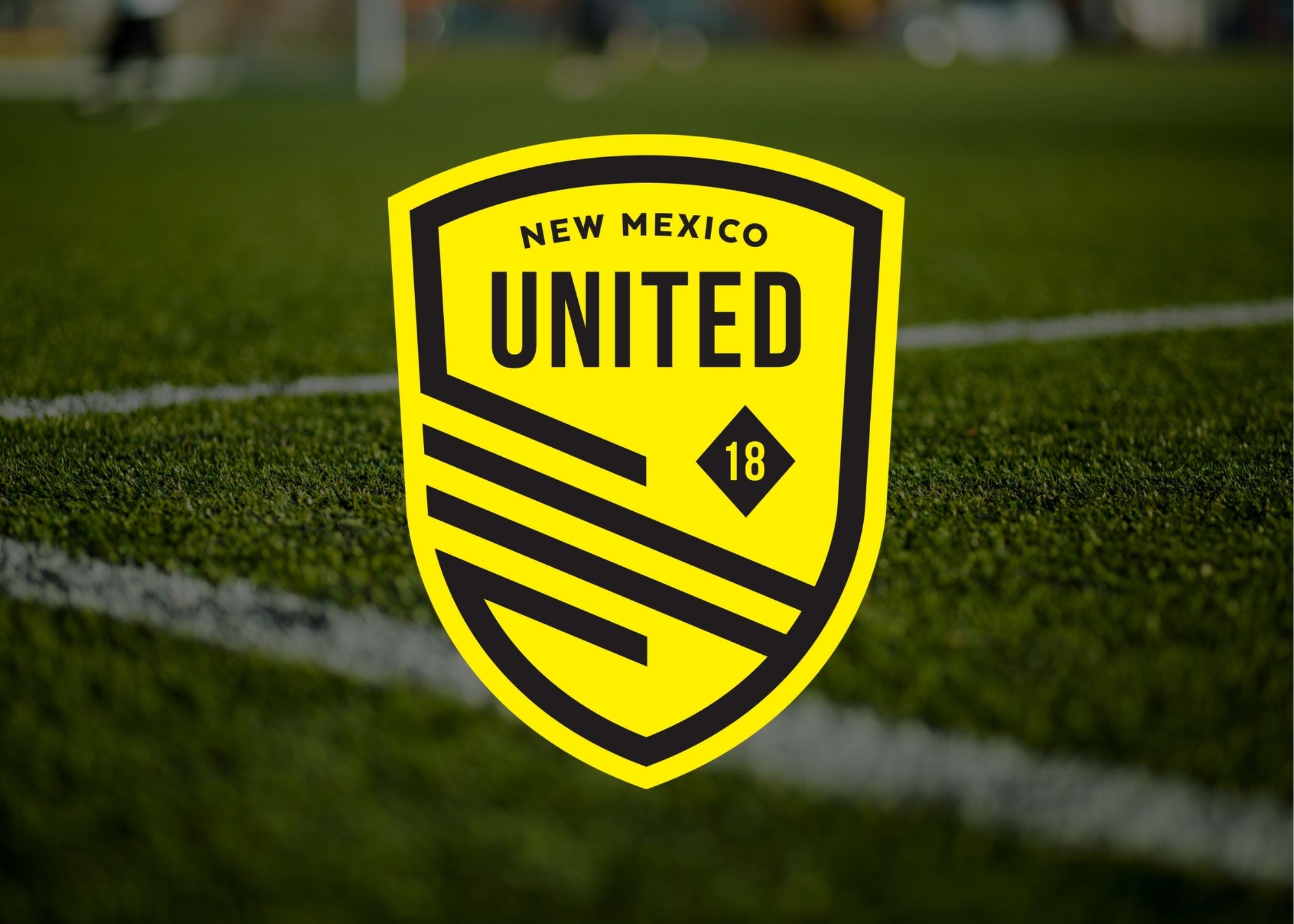 It’s been a long time coming, and although this was New Mexico United’s fourth match of the pre-season, it was only their second in the state. Due to ongoing COVID-19 restrictions, a limited number of supporters and media have been allowed at each match, with this one being broadcast on multiple social media outlets.

From the opening whistle, United appeared to dominate the play on the pitch. Much of the action in the first half took place at the north end of the Mesa del Sol facility, with the men in yellow testing the Switchbacks defenders, trying to find a way through. Despite the action from the home side, it was the visitors who managed to get onto the score sheet first. After Andrew Tinari was taken down in the defensive third, the Switchbacks were able to get the ball into the box and past newcomer Alex Tambakis.

Less than five minutes later, United would pull level. Harry Swartz stood on the sideline deep in the Switchbacks’ defensive third and threw the ball into Tinari. Some fancy footwork allowed him the opportunity to get the ball back to Swartz, who was racing to the byline. Before the ball could leave the field, Swartz delivered a cross into the boss where Isidro ‘Chelo’ Martinez went airborne and deftly delivered a strike into the right netting.

Just before the half was up, Amando Moreno found the back of the net again for the hosts. Josh Suggs put in a shot from the left side of the box that was saved by the Switchbacks keeper. Unable to secure the ball though, it fell to Moreno for the easy tap-in and the lead.

The one-goal lead lasted less than ten minutes. On a counter with time winding down, Swartz once again played a role in the scoring, this time notching himself a goal. In what was essentially a 2 vs. 1 situation, Swartz took the ball on his right foot and delivered a strike from around eight yards out. The ball would find its way around the Switchbacks keeper once again and into the left side netting, giving United a 3 – 1 lead at halftime.

In the past, United has struggled at times to keep the energy level up coming out of halftime. Today was no different. Once again, appearing sluggish and not responding quickly enough, a through ball played to the Switchbacks forward split the gap between Justin Schmidt and Sam Hamilton, resulting in the visitors narrowing the gap to 3 – 2.

After United woke up, a header from Devon Sandoval nearly extended the lead once again, but it didn’t have enough dip on it as it hit off the crossbar and was cleared by Colorado. With under ten minutes to play in the match, Chelo would put the final nail in the coffin for the day. Brian Brown played the ball over to Chelo, who was left of the top of the box and with his right, was able to send a world-beater into the top right corner of the net, well out of reach of the visiting keeper.

Now, with two wins in a row in the pre-season, United will look to maintain that momentum next weekend against FC Tucson of USL League One. That match will once again take place at Mesa del Sol in Albuquerque, with kickoff scheduled for 11 a.m. (Mountain).