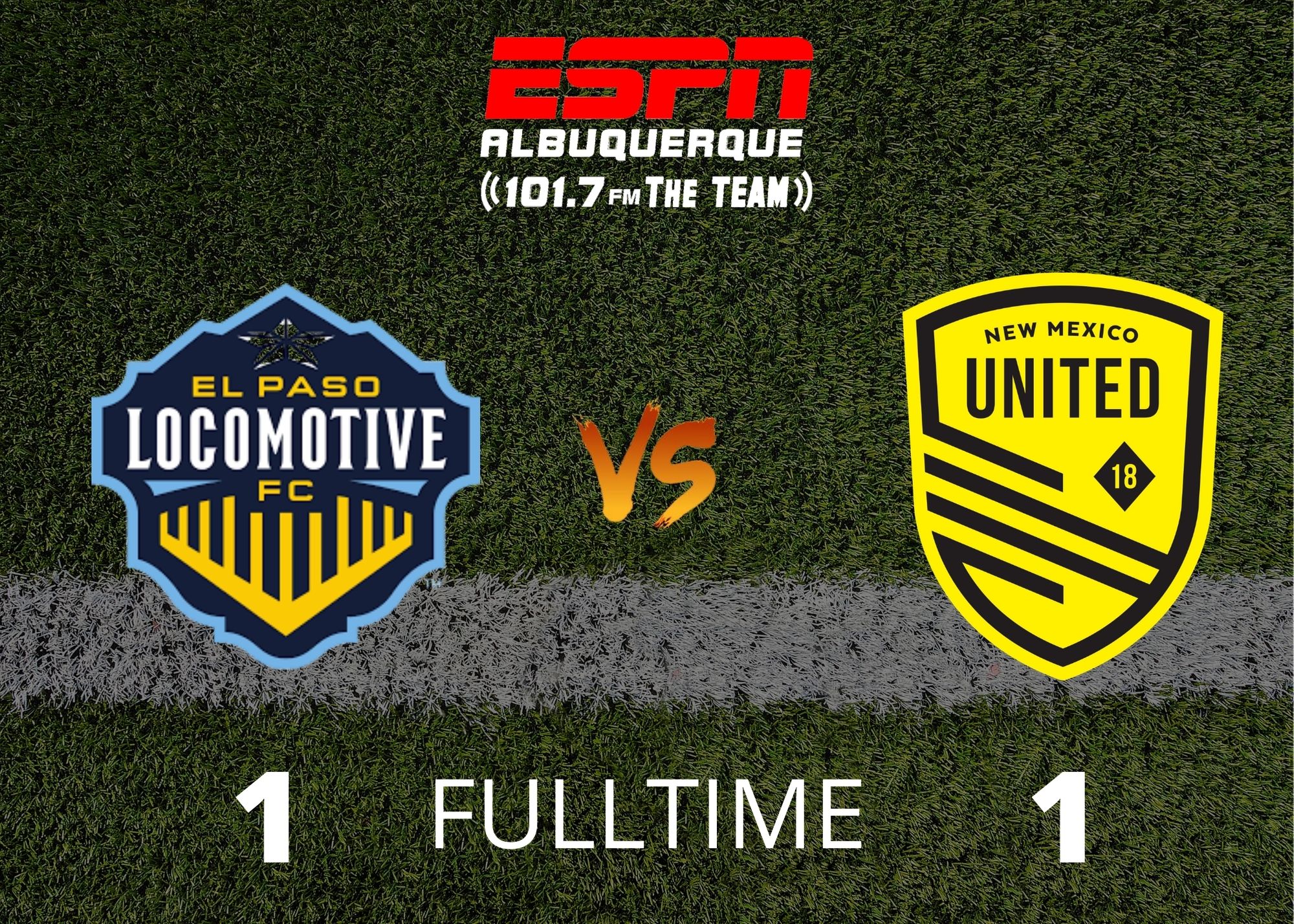 Down in El Paso, New Mexico United looked like a completely different club from the opening whistle. Their play on the pitch felt like it was a vast improvement over the season opener against RGV.

Having controlled much of the early possession, United won themselves a free-kick from a dangerous spot inside of the eighth minute. The ball was delivered into the box where Kalen Ryden was able to put a head to it. Ryden’s header had plenty of pace on it, but it went across the face of the goal and wide right of the goal.

As is customary in this rivalry, there was no shortage of physical play from either side. Compared to the prior match, the number of whistles heard was significantly less and the two sides were allowed to play. That allowed both clubs to try and establish a relatively quick pace of play. When the whistle was sounded, United did a much better job of managing the stoppages.

With time passing, play opened up for both sides as they went end to end looking for a way to break the deadlock. It wasn’t until the 40th minute that play began to slow down after El Paso had consecutive set-piece opportunities. Both were dealt with handily by United, preventing the hosts from finding the net.

Coming out of the half, the level of intensity never wavered. Moments into the half, Harry Swartz was taken down outside the box giving the visitors a set-piece around twenty-one yards out from goal. Isidro Martinez would deliver a powerful shot on the restart, which took down Bryam Rebellon for a few minutes.

As the match continued, one trend became clear; United was going to continue trying to play the ball long into the forwards. That tactic finally paid off in the 57th. Ryden played the ball over the top and it fell to Swartz making a run down the left-wing. Swartz’s speed allowed him to get in behind the back line of El Paso, causing Logan Ketterer to come off his line. With Ketterer abandoning the goal, Swartz laid the ball off to Devon Sandoval who easily put it into the back of the net for the 1 – 0 lead.

In the 80th, the Locomotive had a chance to level the score when Diego Luna was played into the box. His left-footed shot had plenty of pace on it, but the shot was saved by Alex Tambakis. The rebound nearly fell to another Locomotive player, but Ryden once again stepped up and put his body on the line to clear the danger.

With regular time winding down, it was announced that there would be six minutes of stoppage time. The longer the clock ran, the more intense the play on the pitch became. A scuffle at the center circle somehow resulted in no discipline for either side. Just when it looked like United was going to walk away with three points, El Paso was able to steal a point.

In the sixth and final minute of stoppage time, Josue Gomez chipped a ball into the box that managed to fall for Leandro Carrijo. Carrijo put his right foot on the ball and past Tambakis to level the score.

Austin Yearwood – With his second strong appearance in a row, Austin did everything asked of him and more. 4 duels won, 2 aerial duels won, 5 clearances and all around great play gave United every chance to win

Next up for United is their home opener on Saturday, May 15th against Austin Bold FC. The match marks the first time since October 19, 2019, that United will have played at The Lab, 575 days prior. The match on Saturday night is scheduled for a 7:30 pm (MDT) kickoff.