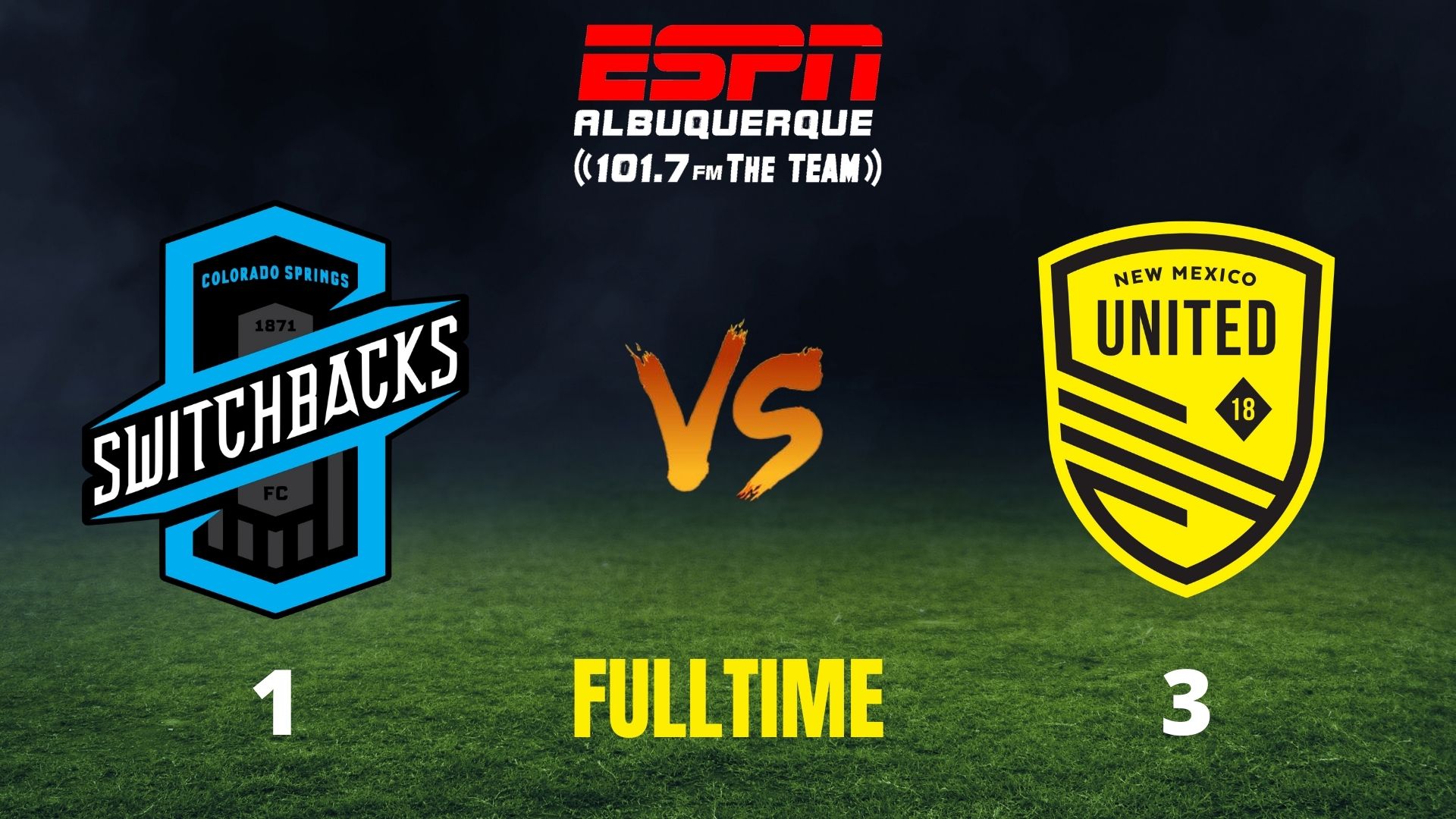 New Mexico United (2-1-1) hoped that they would get off to a fast start went out the window in a hurry. A frenetic start from both clubs allowed Colorado Springs Switchbacks FC to take an early lead.

Switchbacks striker Hadji Barry was played in behind the United defenders down the left side by Austin Dewing as the game clock passed the one-minute mark. Barry’s pace was no match for Sam Hamilton, and from just outside the six-yard box, his right-footed shot found its way into the bottom right corner of the goal.

Trailing less than ninety seconds into the match, United had ground to make up. With the frenetic pace continuing, Sergio Rivas found his moment in the eighth minute. A Harry Swartz cross looked dangerous as it flew into the box but was headed down by a Switchbacks defender. Instead of clearing it, the ball fell to Rivas, who put a curling, right-footed shot past the keeper to pull level.

Play continued end to end for the remainder of the half, with neither side able to find another goal.

As fast as the Switchbacks started in the first half, United returned the favor in the second. In the 49th Brian Brown and Amando Moreno linked up deep inside the area. Taking the ball nearly to the left byline, Brown was able to make a turn and play a low cross to Moreno. Moreno was left inside the six-yard box with a tap-in to give United their first lead of the night, 1-2.

The excitement from taking the lead wouldn’t last long.

In the 54th, Andrew Tinari was given his second yellow of the night for a hard foul on Torres. Tinari was sent off with the second yellow, forcing United to play with 10 men for the rest of the match.

Now playing down a man, United played with everyone behind the ball for most of the second half. Time after time, Colorado Springs came at them but they couldn’t find another goal. United, though, did manage to add a third.

In the final minute of stoppage time, the Switchbacks were caught out of position, allowing Daniel Bruce to break behind the defensive line. With no one between him and the goal, Bruce sprinted to the box and sent a rocket into the upper ninety, putting the match out of reach.

Alex Tambakis – After the early concession, Tambakis turned things around and made several great saves to ensure the win for United. Once the club went down to 10-men his job got even harder. Alex’s command at the back and field awareness for major factors in the outcome of the match.

New Mexico United will return home to prepare for their next match against Loudoun United FC. That match is scheduled to kickoff at 7:30 pm (MDT) on Saturday, May 29.