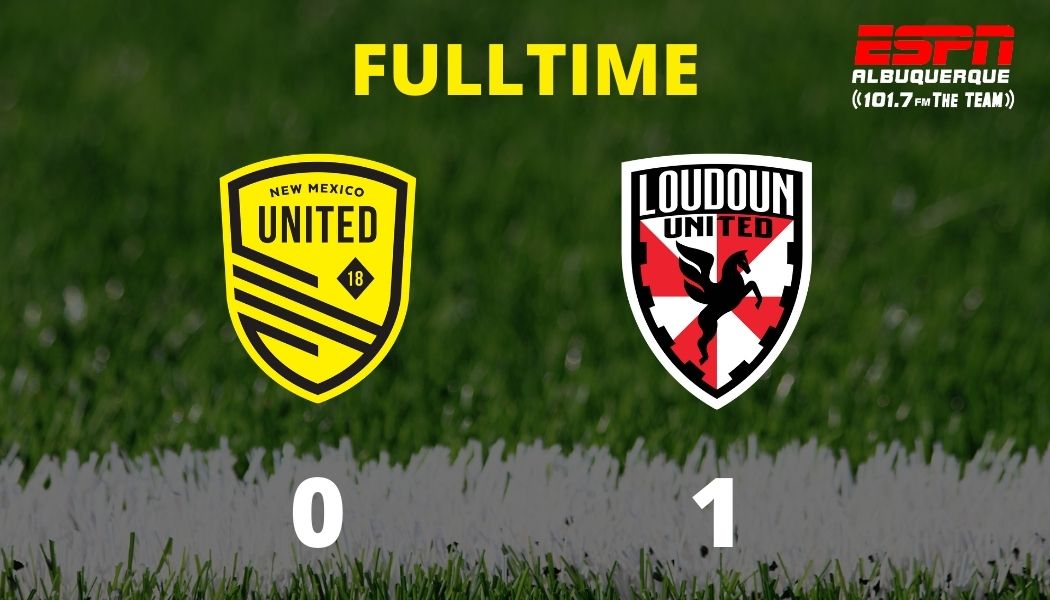 After winning two matches on the bounce, New Mexico United came into the match tonight with every intention of making it three in a row. Standing in their way was the club’s first Eastern Conference foe, Loudoun United FC, and former United player Sammy Sergi.

The fast start that has become synonymous with New Mexico United was nowhere to be seen in this match. Loudoun controlled the majority of the possession for the early stages of the match, with United sitting back absorbing the pressure.

Through the Magic Minute, neither side put a real threat on the opposing goalkeeper. There were few chances to be had by either side, but in the 23rd, things changed drastically. As Loudoun played the ball over the top looking for Amoustapha, it became a footrace between the Loudoun forward and Austin Yearwood to see who would get to it first.

Amoustapha appeared to have a half-step on Yearwood when he mysteriously fell just outside of the box. The fall drew the attention of the center referee, who showed a straight red card to Yearwood for an apparent DOGSO (denial of goal scoring opportunity). In response to the red, Troy Lesesne subbed on Devon Sandoval to bring on the more defensive Harry Swartz.

Even with the sub, Loudoun was able to strike in the 40th. Amoustapha played the ball over to Jovanny Bolivar, who was waiting at the top of the box. Bolivar’s strike from distance would find the top right corner of the net to put the visitors ahead 0-1.

Coming out of halftime, United looked dangerous despite being a man down. Time and again, Josh Suggs was able to find space down the left wing as he sliced his way through Loudoun defenders. Suggs’ constant pressure nearly paid off in the 69th. He appeared to play Ilija Ilic in who headed the ball into the back of the net, but it was ruled offside.

Throughout the second half, the number of Loudoun United players that found their way to the pitch was an astounding display of time-wasting. The result of the time Loudoun spent on the ground was ten minutes of stoppage time. New Mexico had numerous opportunities to get into the box but just couldn’t find the final touch they needed to equalize.

Josh Suggs – Though he may not be credited with official chances created on the USL website, Josh’s repeated runs down the left side opened up areas for United’s forwards to get into the box and try to be dangerous in front of goal.

United will try to rebound from the loss to Loudoun United next weekend as they are once again on the road. This time the club will face Real Monarchs SLC on Friday, June 4. That match is scheduled to kick off at 8:00 pm (MDT).