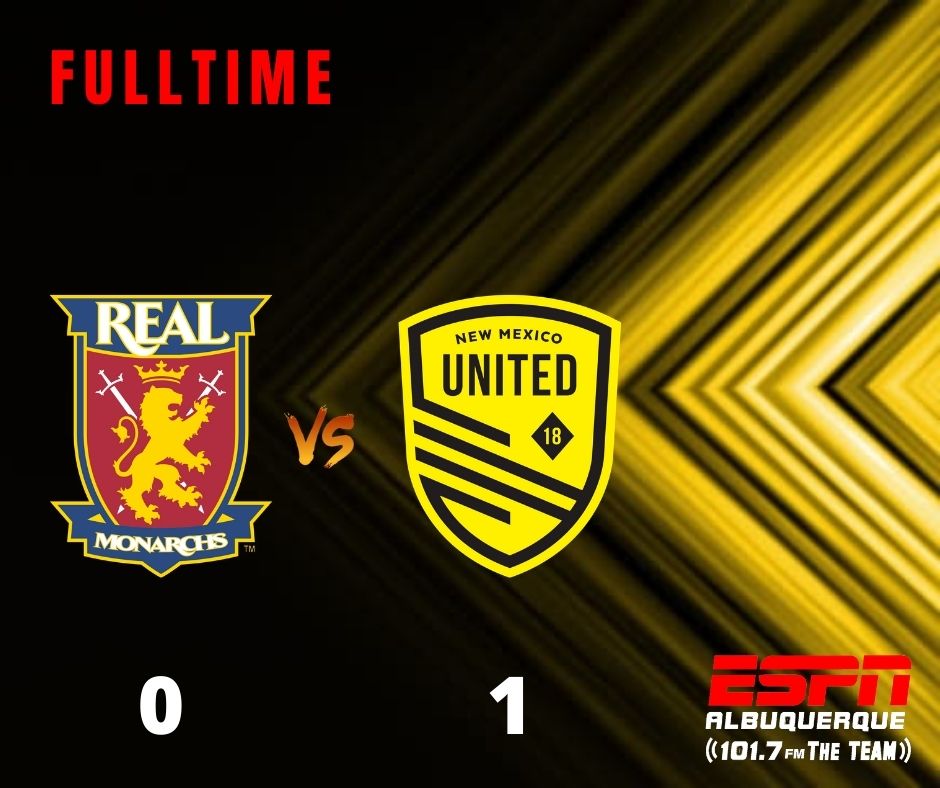 The only thing that started fast in Harriman was the artificial turf. The play on the pitch, however, was anything but.

New Mexico United came out with a slow, methodical approach to the match and controlled possession throughout the half. Much of that possession came in their own half, however, as they were trying to find an opening in the Real Monarchs back four.

Between the two clubs, only a handful of chances were created. The closest either came to scoring was a shot by Monarchs defender Daniel Flores. Flores found himself unmarked inside the box and put a left-footed shot on frame, but it was saved by United keeper Alex Tambakis.

At halftime, the weather shifted at Zions Bank Stadium, and so did United’s mentality. Their intensity shifted into a higher gear, and they began to put more pressure on the Monarchs back line. With that increased pressure their control of the match increased as well.

United gave the Monarchs some undeserved chances around the 60th-minute mark with some slipshod passing. Multiple times, United was caught unable to control or clear the ball out of their defensive half and the Monarchs had chances to look at the goal. Fortunately for United, the hosts were unable to take advantage of any of the miscues.

It took until the 82nd minute before the scoreless match was finally broken. After Harry Swartz drew a foul around 30 yards out, Chelo Martinez stood over the ball as United lined up at the 18-yard box. Chelo sent an arcing ball into the box, but it was sent too far for anyone except for the netting to touch it, allowing United to take the lead.

United was able to hang on and fend off the hosts’ attacks for the final minutes of regulation to pick up another win on the road.

Andrew Tinari – Tinari’s bulldog nature on the pitch can get him into trouble, and he did pick up another yellow card tonight. But, that nature of his is a tremendous asset for United. Two tackles, one clearance, two interceptions, and being an all-around nuisance in the midfield help keep their attacking chances in check.

United returns home for Pride Night on Saturday, June 12th, when then will host Austin Bold FC once again. The last time the two clubs met was for United’s 2021 home opener, which United won by a final of 3-1. The match on the 12th is scheduled for a 7:30 p.m. (MDT) kickoff from Isotopes Park.