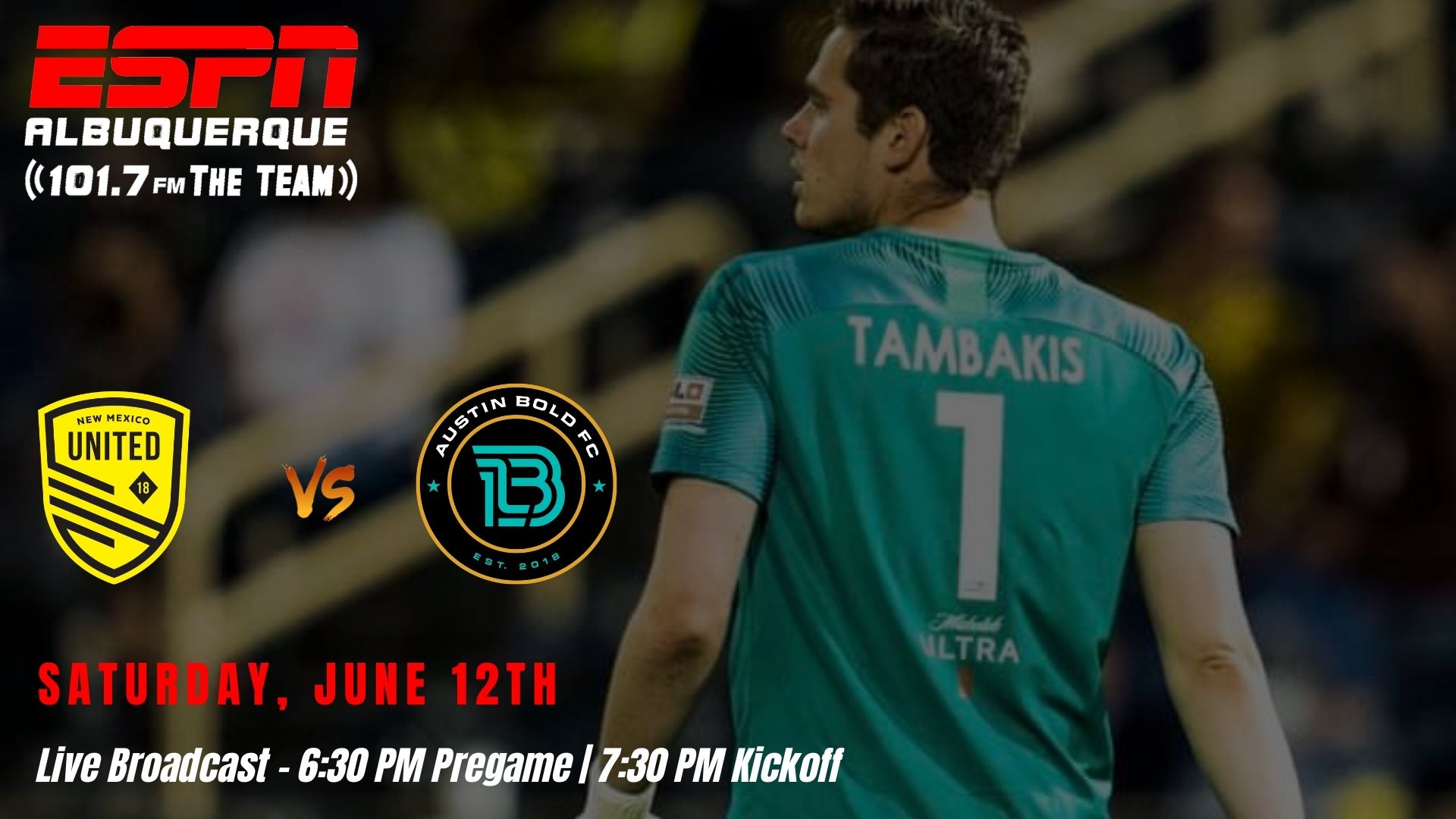 The 2021 schedule has given New Mexico United supporters plenty of matches to look forward to. Every match will present a new challenge, even once the rematches start. United gets their first taste of those this weekend as Austin Bold FC returns to the Lab for their second and final visit of the season.

Austin’s first trip to Albuquerque didn’t go well for the visitors as they found themselves on the wrong side of a 3-1 scoreline. Aside from a momentary lapse by United, Bold FC struggled to find their footing. Since that match, Austin has picked up seven points from four matches.

Even with the improved form, this Bold side still has a lot to figure out. Through five matches, they’ve put out four different formations and scored four goals. Only one of which has come from a player listed as an attacker. While they haven’t established an identity in the attacking half of the pitch, the one thing they do well is defend.

Their performance against the Pittsburgh Riverhounds was a perfect example of that. Playing out of a 451, Austin rarely had more than a single player out ahead of the ball, instead opting to play nine behind it and try to counter-attack. The stats bore out what they wanted to do, conceding 75% possession while only allowing one shot on target. Their game plan worked as they ground out a 1-0 win.

Gustavo Rissi – The young Brazilian has made quite an impact since joining Austin Bold FC. Coming in on loan from Cruzeiro, Rissi has become a solid defender and often finds himself in exactly the right spot to end attacking threats.

New Mexico United is also coming off of a win in their last match, a 1-0 result over Real Monarchs. The lone goal that night came off of an attempt from nearly 30 yards out by Isidro Martinez. It was the perfect way to cap off a match that saw United dominate possession and play in a much more controlled manner.

Despite their build-up play, they only generated five shots and two on target. While Troy Lesesne will be happy with the control, the quality of play in the final third left a lot to be desired. In the past, Lesesne has stated that the club needed to learn how to win the one-goal games, and they did just that in Herriman. They gritted out a tough win and withstood a late flurry to earn the three points.

Against Austin Bold, United will have to keep their foot down and be more creative in the attacking half. Once again, that is going to need to come from the midfield. They will have to create space and chances against a Bold side that will most likely play defensive for most of the match.

Amando Moreno – One of the more creative players to come out of United’s midfield, Moreno has to be a spark for the team. He doesn’t necessarily have to score to have a good night, but he will have an immeasurable impact on the outcome by being a presence on the pitch.

Saturday night’s match is scheduled for a 7:30 p.m. (MDT) kickoff from The Lab. For those not in attendance, the match can be streamed domestically on ESPN+. The match will also be broadcast live on ESPN Radio 101.7 The TEAM, via The TEAM app, and website.