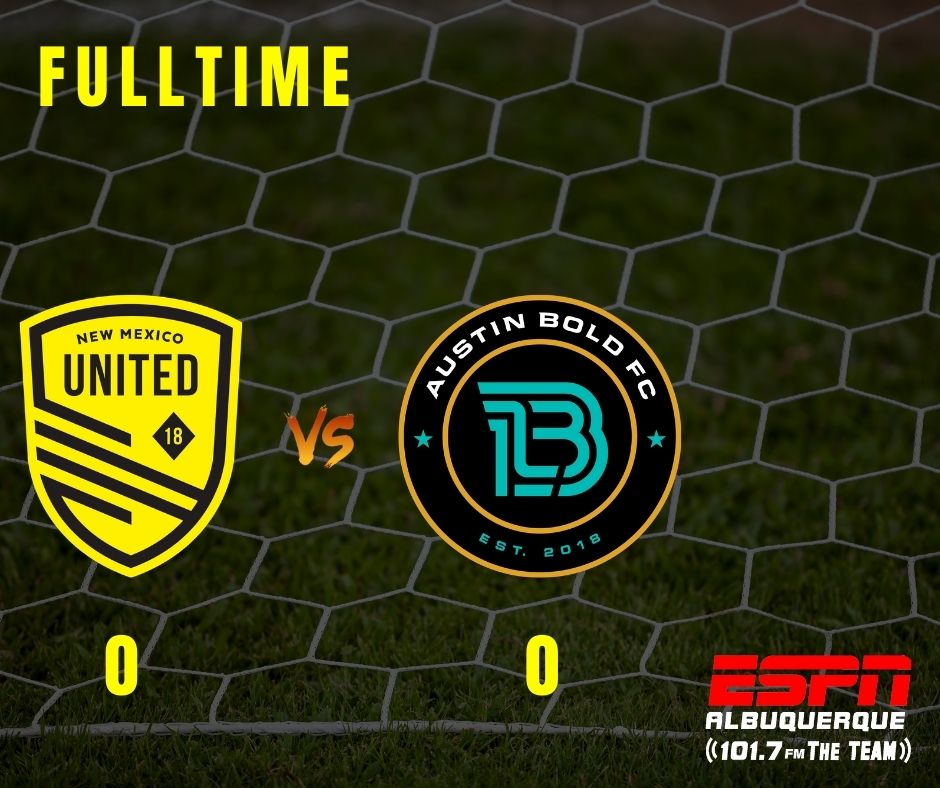 New Mexico United has made it a point to make Pride Night a point of emphasis for the club and the community. The last time they were able to host a match for this occasion was on June 5, 2019, against Oklahoma City Energy FC. That match was played in front of 13,574 fans on a Wednesday night. Tonight’s match may have only been played in front of 9,288, but the voices of the New Mexicans in attendance sounded much louder.

Much like their last match against Pittsburgh Riverhounds, Bold came out in a very defensive formation. This time they employed a 532 instead of the 451. With the change of formation, Bold was more than willing to sit back and give United room to play across the pitch. There was very little pressure applied to the men in black until they reached the box.

Chances for either side were few and far between, and Bold were the only ones to put shots on target. United found themselves stymied by how compact Austin was playing inside the box. Despite looking like the better side, they just couldn’t find a way through.

The hosts started the second half in another gear. Whatever had been said by Head Coach Troy Lesesne set United on a tear. They started pressing deep in the Bold defensive half and played their way into threatening positions early into the half. Austin’s defenders continued to occupy a space no wider than the goal for much of the early action.

If it wasn’t clear what Bold hoped to do in this match, there was no doubt of it the later clock ran. Content to sit back and hope to play on the counter, it was on United to find the breakthrough, but they were never able to.

In the defensive third United was more than up to the task of controlling the Austin attack, the little that was there. For two straight matches, Bold finished the match with less than 30% possession and has not had an attacker score since Sean Okoli converted a penalty on May 26.

Alex Tambakis – Though he had little to do on the night, when forced into action, he was a wall once again and earned his second clean sheet of the season. Tambakis is showing why he was a coveted talent.

Stat of the Match

New Mexico United returns to action on Wednesday, June 16, for the finale of the two-match homestand. That match will see United play host to San Antonio FC in a rematch from the 2020 Western Conference Quarterfinals. Wednesday night’s kickoff is scheduled for 7:30 p.m. (MDT) from The Lab.