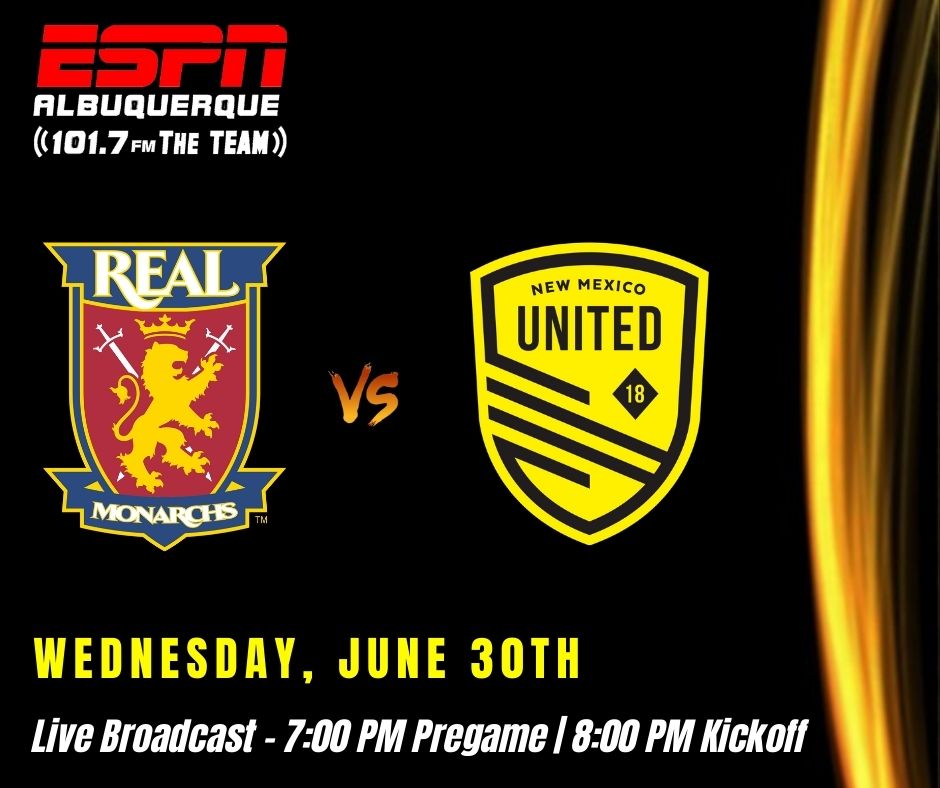 After a disappointing start to their three-match road trip, New Mexico United hopes to turn their fortunes around on the tour’s second stop. Instead of taking advantage of a loss by Rio Grande Valley FC, United fell to the surging Switchbacks and slid to fourth in the Mountain Division.

Their next opponents, Real Monarchs SLC, haven’t been able to find any sort of consistency in the 2021 campaign. They’ve struggled out of the gate and have managed to one win in ten matches played. During that time, they’re averaging less than one goal per match while surrendering 13. It also plays into United’s favor that the history between the two clubs heavily favors them.

Their last time out, the Monarchs managed to get a draw against a more talented San Antonio squad after Justin Dhillion found the back of the net in the 77th. This is still a young club, and being an MLS II club, their focus is on the development of players. Their use of four different keepers helps support this point. Developing players doesn’t mean that they aren’t trying to win; they just put their time and energy into helping players get to the next level.

To help with that development, they were able to secure the loan of veteran Douglas Martinez. Martinez has played with the Monarchs in the past and was instrumental in some of their prior successes. Martinez brings leadership and is a proven goal-scoring threat.

Charles Wehan – The name should sound familiar to United faithful. Wehan is the younger brother of former United standout Chris Wehan. Charlie is one of the newer signings for the Monarchs who brought him in to be another attacking threat. He last played for Stanford University, where they won the PAC-12 Championship three times.

For the men in yellow, it’s a quick turnaround, and they have to put their performance in Colorado Springs out of their minds. After surrendering a first-half lead, United needs to come out strong on Wednesday night.

Perhaps the most shocking part of the loss was the performance of the defense. This is a side that had only allowed five goals through eight matches. Yet, Hadji Barry and the Switchbacks were able to put three goals in against them. United was unable to match the pace that was on display. Against the Monarchs, however, this won’t be as much of a concern.

Still, there has to be a much better performance to keep the Monarchs out of the goal.

Things have to be better in the offensive third as well. They have to find a way to get the forwards in threatening positions more frequently. United has done well playing the ball in from the wings, but they also need to play through the middle. If they can’t, then clubs will start sitting on the cross and waiting for it.

Brian Brown – Brown has struggled to get involved, and his frustration showed in the match against Colorado. Several times he was able to make runs that looked promising, but the service he needed never came. With more appearances, he appears to be fitting into the system and making better decisions.

Wednesday’s match is scheduled to kickoff at 8:00 p.m. (MDT) from Zions Bank Stadium. The match will be streamed live on ESPN+ domestically and on YouTube for international viewers. Locally the match will be broadcast live on ESPN Radio 101.7 The TEAM, via The TEAM app, and The TEAM website.