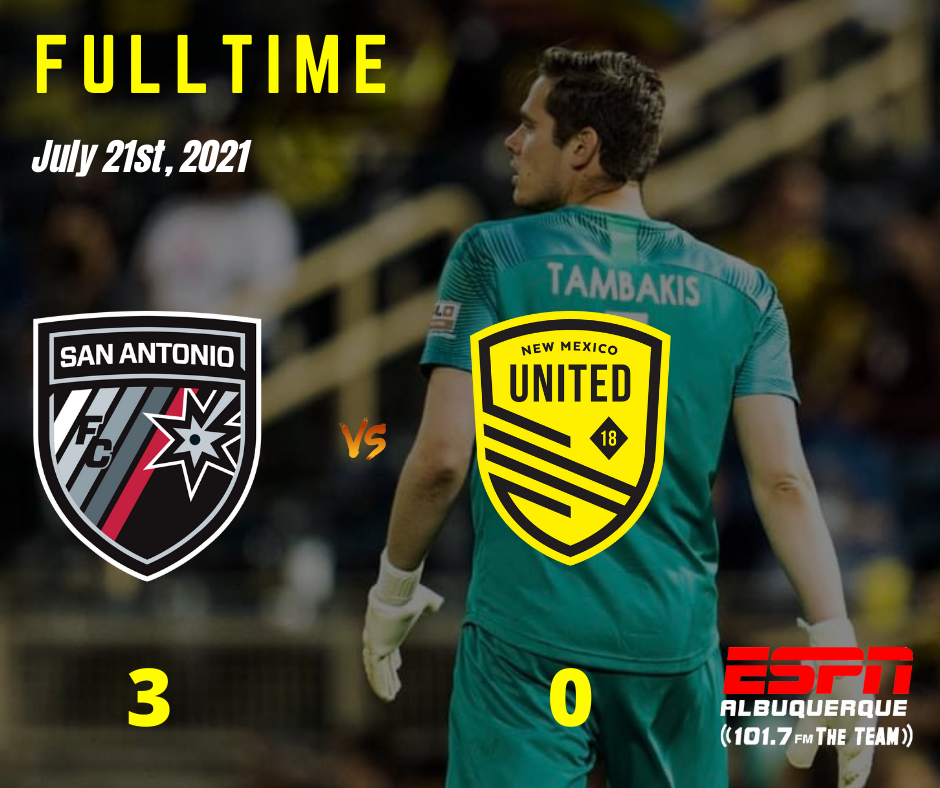 Heading into San Antonio, there was hope that the club would be able to turn around their road form and extend their current win streak to three matches. Unfortunately for them, they ran into a San Antonio side that is coming to form and getting over some of the injury issues that have plagued them.

One of the players coming into form is the Brazilian Nathan Fogaca. After scoring two goals in their prior match, he was someone that United needed to try and contain. Their efforts weren’t successful though, and Nathan broke through in the first half. Jose Gallegos and Nathan linked up for the first time in the 35th. Gallegos made a run to the byline and played the ball back across the box to Nathan, who was left unmarked and tapped the ball home for his first of the night.

The duo linked up again in the 63rd as Gallegos played a perfectly weighted through ball to Nathan. The Brazilian then played around United keeper Alex Tambakis who had come off of his line. Nathan went around to the left, and put the back in towards goal, and found the net for his second brace in two matches.

For much of the match, United was caught flat-footed, particularly in the defensive third. United was unable to match the pace of San Antonio and instead looked more prepared to match up against the size advantage usually given to the hosts. Although the attack looked better into the second half, United wasn’t able to muster any sort of response. Just when it seemed like they might be able to, San Antonio found another gear and put a third past Tambakis.

This time it was Gallegos who was credited with the goal. It was into stoppage time before he found it, but with a good effort, he got in behind before putting the ball into the bottom left corner to seal the win.

Nathan Fogaca / Jose Gallegos – The duo was unstoppable for San Antonio on Wednesday night. The pair had the better of United throughout the night and were in sync with what each other wanted to do.

United returns to play and back to The Lab on Saturday night. In their return home, the club takes on current Mountain Division leaders El Paso Locomotive FC. The match is scheduled to kickoff at 7:30 p.m. (MST).