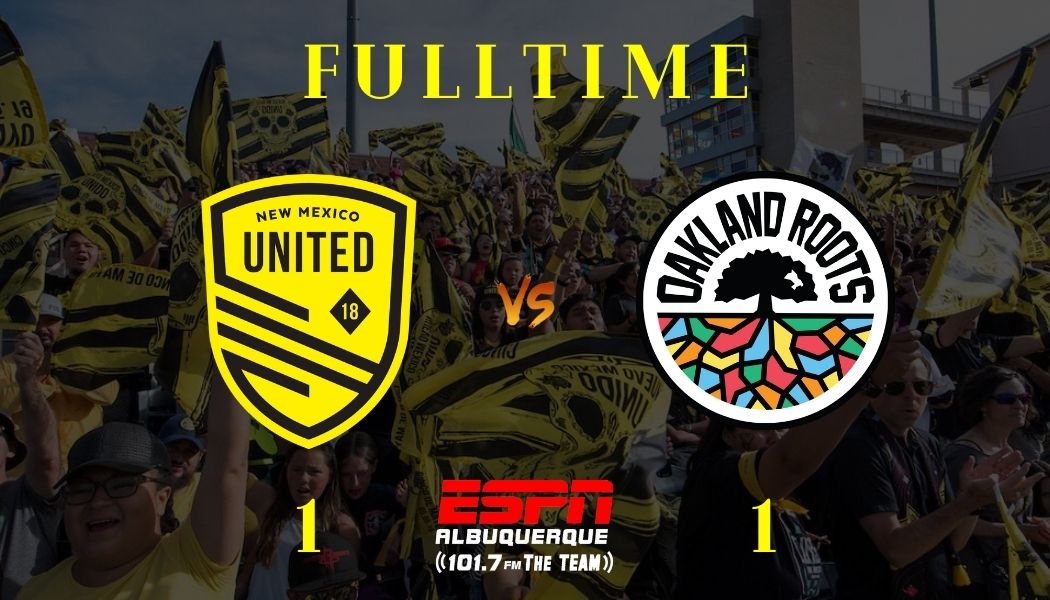 The first-ever meeting between New Mexico United and Oakland Roots SC had the makings of a major reunion for former and current United players. The return of Chris Wehan and the potential of seeing Saalih Muhammad back at The Lab had many supporters excited for what could be on Wednesday night.

Wehan was there but started the bench on the night, and Muhammad traveled with Oakland but wasn’t included in their sheet for the match. Although neither of them was on the pitch to start the match, it was the play of another of United’s inaugural players that got the fireworks started.

In the opening minutes, United was able to win two early corners. The first suffered from a poor delivery, but the second set up an early attempt for Devon Sandoval. Initially, the set piece was cleared, but the ball fell to David Najem, who sent it back in. On the second ball into the box, Sandoval was able to rise up and head the ball into the back of the net to give United the lead in the sixth minute.

For much of the first half-hour, Oakland played an extremely high press, often into the six-yard box. That press forced United to make quicker decisions on the ball and try to figure out open spaces in which to deliver it. While United was starting to find holes, they came close to finding a second on multiple occasions.

After the match passed the thirty-minute mark, what had been a solid defensive performance to that point for United started to break down. Fouls started to be given up in dangerous areas, allowing Oakland opportunities to look at goal. One of those fouls was surrendered by Andrew Tinari in the 33rd setting up Oakland with a freekick around 25 yards straight ahead from goal. Roots midfielder Wal Fall was chosen to take the attempt and after bouncing off the woodwork, found its way into the net for the equalizer.

Wehan made his 2021 debut for United in the second half, coming on in the 60th minute for Andrew Tinari. His introduction gave the club a spark, and they were visibly energized. Throughout the half, Wehan played across the pitch, taking up positions from the right wing over to the left trying to create chances and space.

Both clubs spent the entire second half looking for an opening, but neither would find it. A solid defensive performance from each side kept the other from finding a winner.

Rashid Tetteh – Tetteh had one of those appearances where he just seemed to be everywhere. From goalline stops to sliding blocks, his efforts in the defensive third prevented Oakland from picking up a second or even third goal.

United returns to play on Monday, August 23rd, when they travel to Texas to once again face Austin Bold FC. That match is scheduled to kickoff at 7:00 p.m.