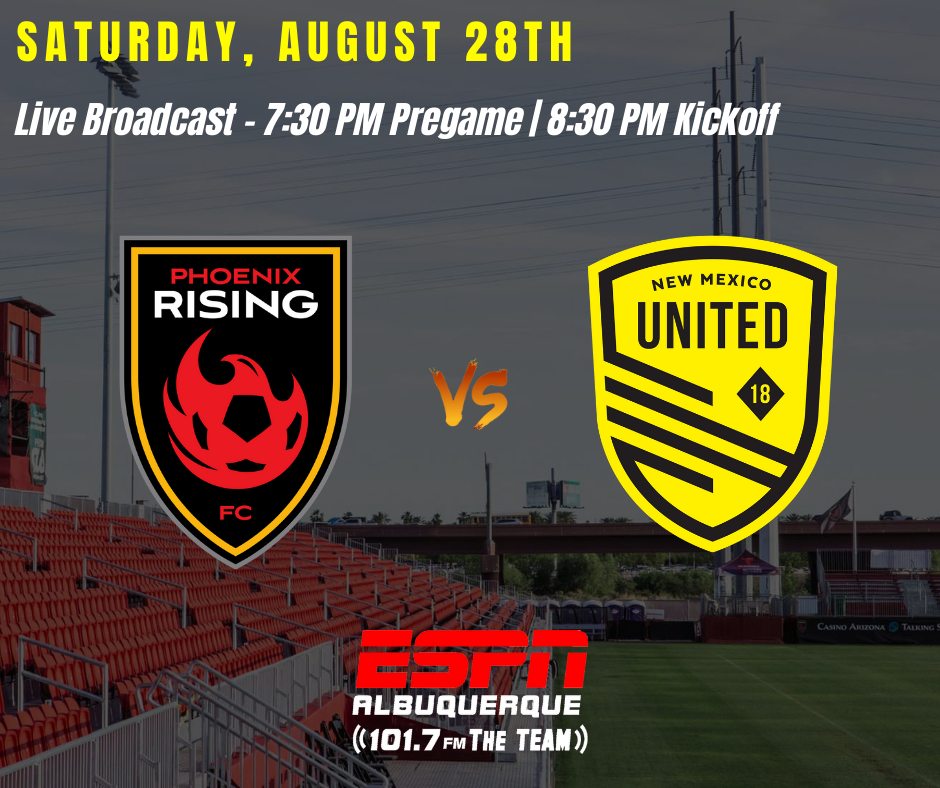 There may not be a better time for New Mexico to pay a visit to Phoenix Rising FC. Both clubs have been struggling to find results in recent weeks and are going through similar goalscoring woes.

The difference is that Rising leads the Pacific Division by eleven points, and United is fighting for a playoff position. That doesn’t mean the Rising supporters shouldn’t be concerned, but they’re in a much better position to deal with a slump. While they’ve scored five goals in their previous five matches, they’ve only won once during that time. In their most recent match, they lost to Oakland Roots by a final of 3-1.

Where they seem to be struggling is with their forwards. Only one of the goals scored in the previous five has been from Santi Moar or Solomon Asante. Moar picked that one up on a penalty kick. For two of the leading scorers in the Western Conference to go silent would cause issues for any club. Despite their lack of scoring, they will be looking to take advantage of a struggling United side that has gone winless in their last six.

Santi Moar – For the second time since leaving United, Moar will get to face his former club. A stellar 2019 season saw Rising come calling despite clubs having figured out how to slow down the Spaniard. He’s since had a resurgence with his new club and has been important to their success so far in 2021.

United is in a tight spot. They currently sit one point out of the playoff race and find themselves in the middle of a six-match winless streak. During the current skid, United has only scored three goals despite controlling large portions of each match.

There have been positives during this stretch, but they aren’t always apparent. The two main positives are that United is getting on the scoresheet first, and the other is that they’ve only allowed three goals in the previous five matches. Defensively the club is playing well and limiting the chances for their opponents. They just need to find a way to finish at the opposite end and put away more than one goal. When they’ve done so this year, United is 5-1-0.

With 13 matches remaining, time is running short for United to get back on the right track. If they hope to do so against Phoenix, it will take a great defensive effort and possibly the best offensive performance of the year.

Kalen Ryden – Ryden could potentially return to the team sheet on Saturday night, and if he does, it could provide a big boost to the core of the defense. Against Phoenix, that could mean the difference between getting a result or not.

Saturday night’s match is scheduled to kickoff at 8:30 p.m. (MT) from Chandler, Arizona. The match will be streamed live on ESPN+. Locally the match can be heard on ESPN Radio 101.7 The TEAM, via The TEAM App, and on The TEAM website.