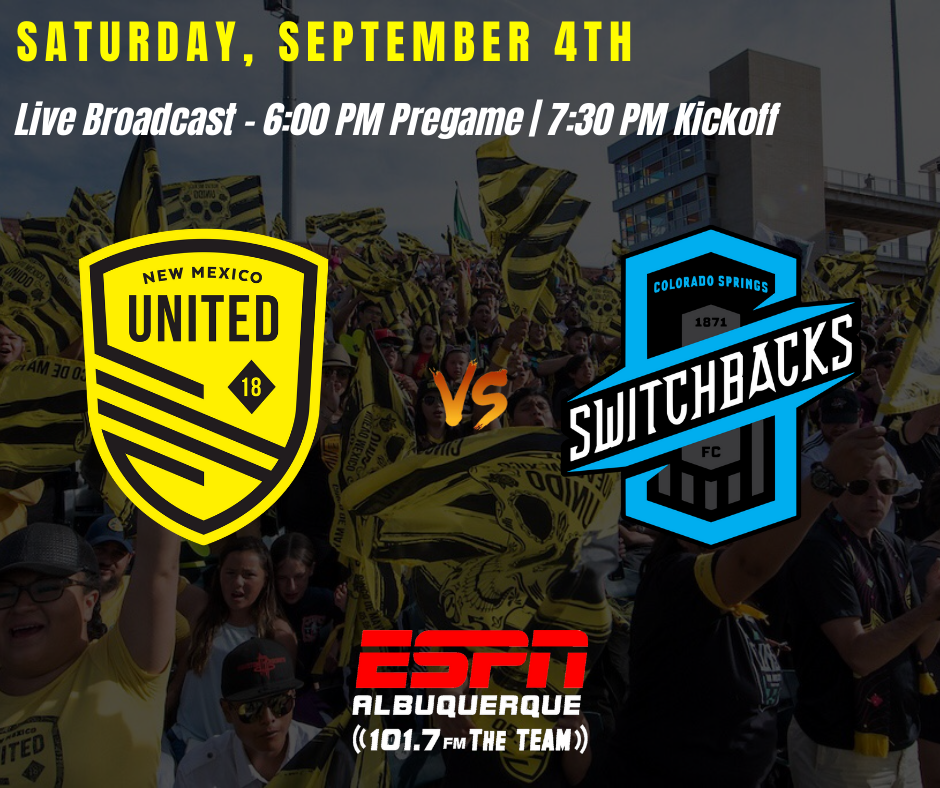 It’s getting down to crunch time for New Mexico United. Twelve matches separate the club from where they are now and the potential end of their season. Fortunately for the club, the standings have become so tight in the Mountain Division that every playoff spot is still up for grabs.

From second to sixth the gap is only seven points. When Colorado Springs Switchbacks FC comes to town on Saturday night, United has a chance to cut that difference nearly in half. A win won’t be enough to put them back above the playoff line, but it will bolster their chances after going seven matches without a win.

The Switchbacks come to town for their final visit of the year, with Hadji Barry looking to extend his lead in the 2021 Golden Boot race. They are undefeated in the last five matches and haven’t lost since August 4th against Austin Bold. In that time span, they’ve vaulted into second place and only sit ten points adrift of leaders El Paso Locomotive.

Their performance this year has been drastically improved by the signings of Michee Ngalina, Deshane Beckford, and Barry. The trio has repeatedly shown their pace and their ability to put the ball into dangerous areas. Even in their two losses to the United this year, they have been hard to deal with, and if not for some great saves by Alex Tambakis, those matches could have turned out differently.

Hadji Barry – Barry plays with a ton of pace, on and off the ball, and has an uncanny ability to get in behind defenses. It’s no surprise that he has already scored twenty goals this season, given the amount of service he gets and his ability to disrupt opposing teams.

New Mexico United knows that their chances at the postseason are slipping away. At the beginning of the season, FiveThirtyEight gave the club a 72% chance of making the playoffs. As of this week, that chance has slipped to 39%. This current streak certainly hasn’t helped, and it saw United drop points from a winning position for the eighth time and a total of twenty points lost.

If there’s a club that they seem to have figured out, it could be the Switchbacks. Twice this season, United has hung three goals on the Switchbacks. Without Amando Moreno, who is on international duty, it may be harder for them to repeat that performance. This match will be extremely telling about how the rest of United’s season could go. For them to turn things around, they’ll need to once again find a way to shut down the forwards of the Switchbacks, which is no small task.

Saalih Muhammad – Another player that has returned to United after time elsewhere, Muhammad is a player that can make a big difference in the midfield. Primarily a defensive mid, Muhammad’s presence can help deal with the pace that the Switchbacks will throw out on Saturday night.

Saturday night’s match between United and Switchbacks FC will kick off at 7:30 p.m. (MT) from The Lab. The match will be streamed live on ESPN+. Locally the match will also be broadcast on ESPN Radio 101.7 The TEAM, via The TEAM app, and on The TEAM website.