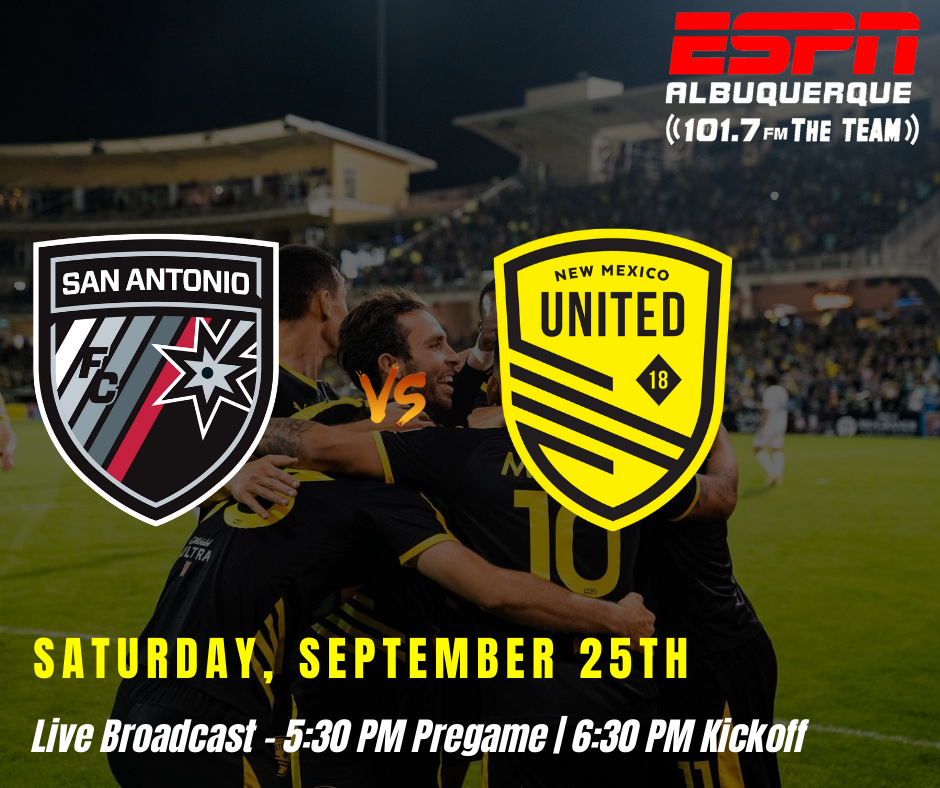 History says that every time New Mexico United and San Antonio FC play each other, the home side will win. Going back to the 2019 season, the pattern has been consistent. Perhaps more impressive is the fact that every match has seen the losing side be held goalless.

The one exception to the pattern was the playoff match between them in 2020. In that meeting, United picked up their first and only win in San Antonio. That win wasn’t without controversy, as supporters of San Antonio still believe that United’s win came as the result of a missed handball by Chris Wehan. New Mexico supporters, meanwhile, hold firm that the call was correct.

Both clubs have seen their share of ups and downs this season. While United had the better early season, San Antonio has picked up steam and shot up the table to second place after winning six of their last eight. Nathan has established himself as the clear threat up top, and with players like Jose Gallegos providing support, San Antonio has been able to unlock some of the more formidable defenses in the USL.

Jose Gallegos – When these two clubs met in July, Gallegos was involved in all three goals for San Antonio. He put on a display and at times made United look lost on the way to picking up a goal and two assists.

United has nine matches left to stake their claim to a playoff berth. After the early results this week, the club sits five points adrift and looking at an increasingly difficult back end of the schedule. Their kryptonite this year has been playing on the road, and they likely need to pick up at least seven points from those matches to try and offset the earlier struggles away from The Lab.

Of the remaining road matches, San Antonio is one where United could have some hope of picking up points. They’ve shown this year that they can beat SAFC, albeit that was before PC returned and the front office brought in some roster help. One thing is for sure heading into the match this weekend, United cannot afford to sit back and try to just absorb the pressure as they did in Austin.

The game plan that night did not play out in United’s favor and won’t against an attack like the one San Antonio possesses. United will need to show a strong midfield presence and be able to convert that into forward movement. If they are unable to do so, then San Antonio will be able to constantly pressure the box and that shifts the probability of the hosts winning even more into their favor.

Sergio Rivas – After missing two matches due to injury, a return could be what United needs. His verticality coming out of the defensive midfield role played a big factor in the win against Colorado Springs. Not only was he a force in controlling the attack from the Golden Boot leader, but he also contributed in the attacking third, something that United has needed more of all season long.

Saturday night’s match is scheduled to kick off at 6:30 pm (MT) from Toyota Park in San Antonio. The match will be streamed live on ESPN+ and will be broadcast live on ESPN Radio 101.7 The TEAM. The broadcast will also be available via The TEAM app and The TEAM website.