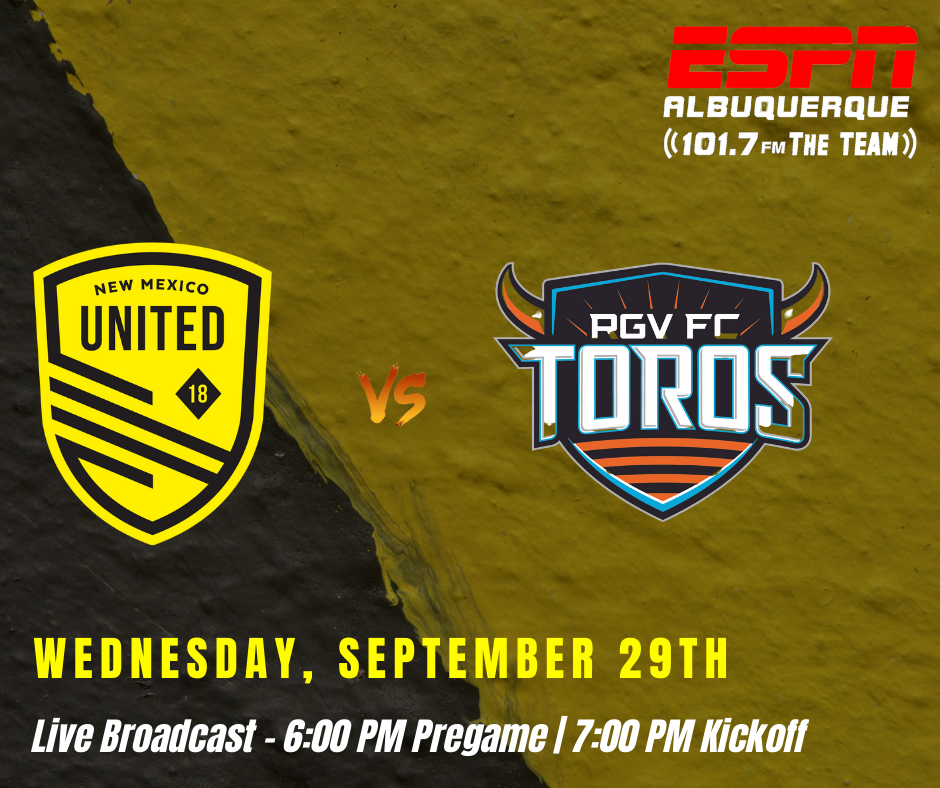 Nearly five months to the day that New Mexico United and Rio Grande Valley FC kicked off their respective seasons, the two clubs will meet for only the second time of the 2021 season. Due to the league’s scheduling, United has already finished their regular season slate against two division foes but still has three matches remaining against RGV. Those three matches could have a significant impact on the playoff race in the Mountain Division.

RGV and United come into the match this week even on points, but RGV holds the current tiebreaker over the home side because of the result in week one. While RGV sat on top of the standings for much of the season, but after going nearly two months without a win, they saw that fast start disintegrate. They now sit on the outside looking in, hoping to sneak into the playoffs. All seven of their final matches are against Mountain Division clubs, and all but two of them are against El Paso, United, or Colorado Springs.

Elvis Amoh has been one of the biggest reasons for the success of Wilmer Cabrera’s club this season. Through sixteen appearances, the veteran forward has notched nine goals leading the Toros attack. RGV likes to get into the box for their scoring chances, which could play into the hands of United.

Rodrigo Lopez – The midfield of RGV has been one of the more dynamic parts of the club this season. Lopez has appeared in every match to this point and is tied for the club lead in assists. His vision has created many opportunities for the Toro forwards.

United saw their playoff hopes take a massive leap after the unexpected result in San Antonio at the weekend. For the first time in several weeks, FiveThirtyEight has United with a better than 50% chance at making the playoffs. Winning three of four will cause that to happen, and United appears to be getting hot at the right time.

One of the reasons for the turnaround has been the changes to the midfield. In recent weeks, Troy Lesesne has opted to drop Juan Pablo Guzman from at least the starting XI, and the results have been promising. Two matches without Guzman and the men in Black & Yellow picked up wins in each. Without Guzman, the game plan has appeared to be more aggressive and has opened up more opportunities for Chris Wehan and the forwards. United is finally showing that they can convert on some of those and close out matches.

Chris Wehan – Now with four goals since returning to Albuquerque, Wehan is showing exactly why he was such a great player within this system. He is picking out timely runs and is converting the opportunities that he has been given.

Wednesday night’s match is scheduled to kick off at 7:00 p.m. (MT) from The Lab. The match will be broadcast on ESPN+ and can be heard locally on ESPN Radio 101.7 The TEAM. The radio call can also be streamed via The TEAM app and on The TEAM website.