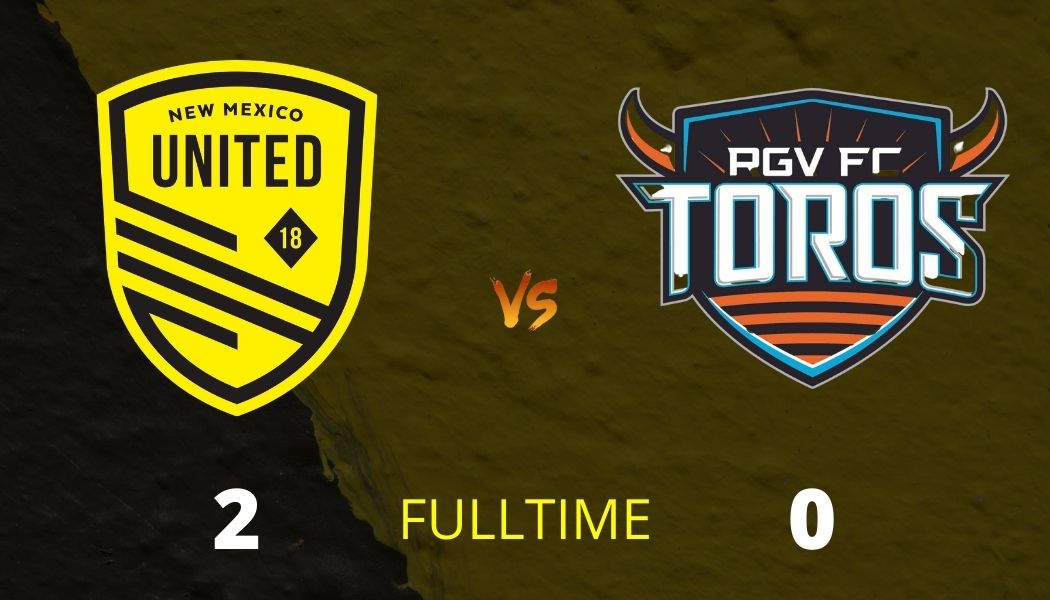 The night started with a whimper when a Rio Grande Valley FC player went down inside the first minute, but the pace quickened with both sides knowing what’s at stake. Both New Mexico United and RGV knew they had the chance to jump back above the playoff line. United also had the opportunity to negate at least the first two USL tiebreakers. In the 10th minute, it looked as though United had the opener.

Both Amando Moreno and Chris Wehan looked to get in behind the RGV back line, and a through ball was perfectly delivered into space. Moreno took the ball into the box and played his way around Tyler Deric before slotting home. The assistant referee had other ideas, though, and raised his flag for offside.

United wasn’t to be deterred in their search for the opener. After a set-piece failed to deliver in the 18th, the ball fell to Saalih Muhammad near the top of the area. Doing just as he’s done before, Saalih put the ball on frame and well out of the reach of Deric. In his career with United, Muhammad has registered two shots and scored on both of them.

Now trailing, RGV switched into a high press and continued that pressure for the remainder of the first half and into the second. The intensity of the press began to have an impact on how United were wanting to play. Instead of having time to play the ball over the top, the hosts were forced into playing short, quick passes until they could find an opening to go forward. Several times throughout the second half, United looked uncomfortable with what the visitors were doing and struggled to find a rhythm.

While it may have seemed as though United was sitting back, in reality, they were forced to play more defensively because of how RGV was playing. They had few opportunities in the second half, and the best one came immediately after Devon Sandoval entered the match. As soon as he entered, Wehan was left alone to run into the box. With only Deric to beat, Wehan lined up his shot but got under the ball and lifted it into the bullpen instead of the net.

The next time he found himself in that position, he didn’t miss it. In the sixth minute of stoppage time, Wehan had another opportunity in an almost identical position, and he buried the ball in the left corner of the net to secure three more points for United.

The Back Four – The defensive play of United was outstanding. Alex Tambakis recorded seven saves, the defenders combined for 11 clearances, six tackles, five interceptions, and one block. Against an RGV side that came into the night with 36 goals on the season, it took a full team performance to seal this one out.

With the win, United has now won four of five and is back into the playoff positions. They will look to carry that momentum over to the weekend when they will take on Louisville City for the first time in club history. That match is scheduled for 1 p.m. (MT) on Sunday, October 3, from Louisville.