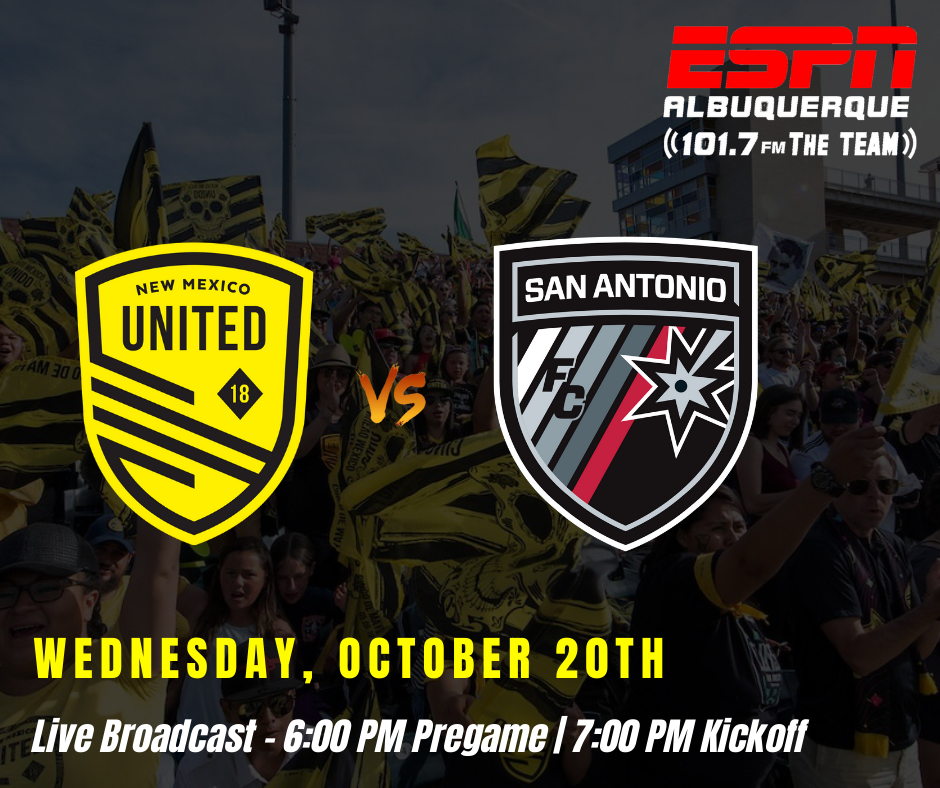 New Mexico United and San Antonio FC are set to square off for the final time in the 2021 regular season. This match has playoff implications for both clubs, with San Antonio looking to clinch a playoff berth and United looking to strengthen their grasp on fourth place.

With the format of the USL Championship regular season, these two clubs have been well acquainted with each other this year. Twice this season United has walked away with all three points. Prior to the last meeting, United had never won in San Antonio and to this point, San Antonio has never won in Albuquerque. Both clubs have something to play for, which means anything can happen.

Since their last meetings, San Antonio has gone unbeaten, picking up two wins and two draws in their last four. During that time, they’ve scored nine goals by six different players and have shown just how dangerous they can be. Attacking chances have come from just about every corner of the pitch and they’re taking advantage of them. Although they are scoring, they haven’t been perfect.

Matt Cardone used to be one of the most reliable keepers in the USL. This season though has seen him have some ups and downs in terms of his form. He does enough to keep his club in contention every week, but he’s not as consistent as he has been. The defense of San Antonio has been the highlight of their backfield. Using their height to their advantage, they are more than capable of disrupting the attack of United inside the box.

Jose Gallegos – The young midfielder has been a force to be reckoned with since signing with San Antonio. Similar to Chris Wehan, Gallegos disrupts the midfield and creates chances for those around him. He’s been involved in nine goals and created thirty-two additional chances so far this season.

On Sunday, United showed once again that they could go toe-to-toe with a club that, on paper, was better than them. They kept San Diego Loyal in check for most of the match and showed signs of what they could do against San Antonio. With the playoffs on the line, the club has shown a new level of resolve over the past few weeks. They know that they can beat San Antonio, whether or not they can do a third time is up for debate.

Despite the fight that they have shown, they still haven’t quite mastered their finishing. Ilija Ilic’s goal aside, they have had chances, but haven’t had enough luck with the final touch. If you talk to any of them, they’ll tell you that all it takes is one good bounce or look and things will start going their way. In the past, they’ve had success against San Antonio from outside of the box and will likely need to rely on that again this week.

Austin Yearwood – One of the league’s best defenders this year, Austin has shown the knowledge and technical ability to shut down most of the players he has faced. He has the pace to run down any forward in the league and his footwork inside the box seems to always put himself in a position to thwart an attack.

Wednesday night’s match is scheduled to kickoff at 7:00 p.m. (MT) from The Lab. The match will be broadcast live on ESPN+.