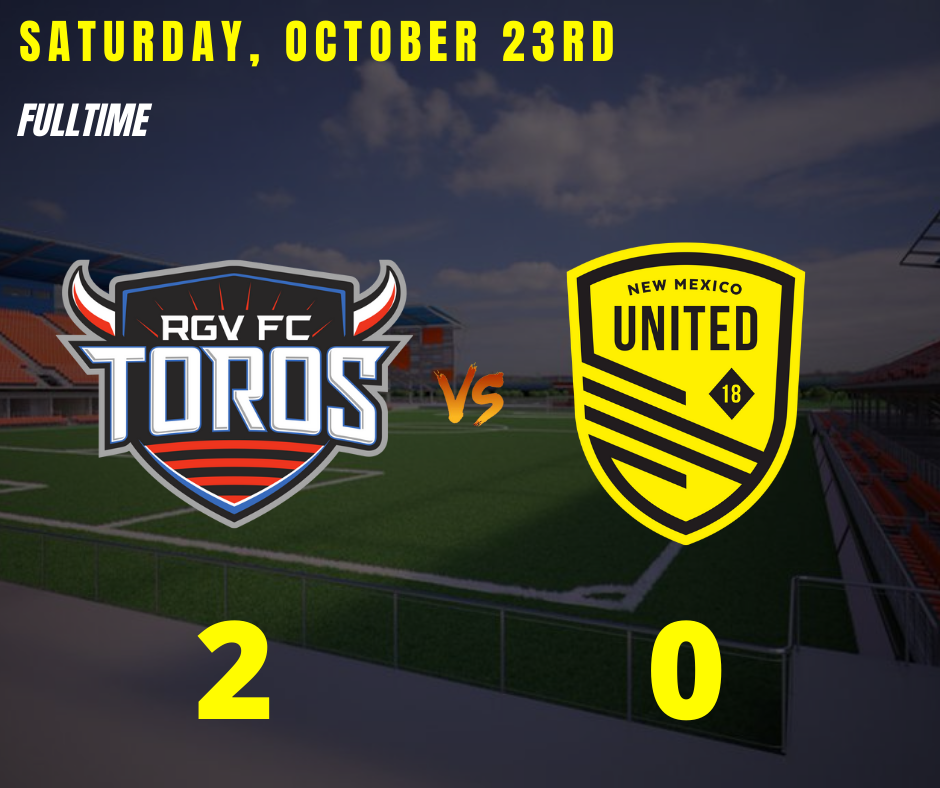 Between being short-handed due to injuries, suspensions, and the compact schedule, there was a lot standing in their way. They just looked flat and tired, and with that performance, their playoff hopes took a hit. The match against RGV was probably their worst performance of the year. A lack of creativity led to minimal chance creation and only four shots the entire night.

Defensively, United looked lost at times and couldn’t prevent RGV from creating chances of their own. The Toros ended the night with nineteen shots and six on target.

Unable to stop RGV defensively, the Toros broke open the scoring in the 47th minute, thanks to Rodrigo Lopez. Off of a Christian Sorto assist, Lopez put a right-footed shot past Alex Tambakis for the lead.

Sorto would create another chance ten minutes later, this time playing Kyle Edwards into a dangerous area. This time, Edwards went to the bottom left corner to double their lead.

Christian Sorto – The Toros midfielder was a terror in the final third all night long. Not only did he earn two assists, but he also created five total chances. United had trouble marking him and containing his playmaking abilities.

After playing three matches in seven days, United has a week until their next opponent, Real Monarchs SLC. The match will be the season finale for both clubs, and United’s playoff hopes still hang in the balance. They still have multiple paths to clinch an appearance, but none of them are without other results going United’s way. The easiest path for United is to win next weekend. They would still need RGV to drop points against either Monarchs or El Paso. Without a win, the potential to make the playoffs gets significantly harder.