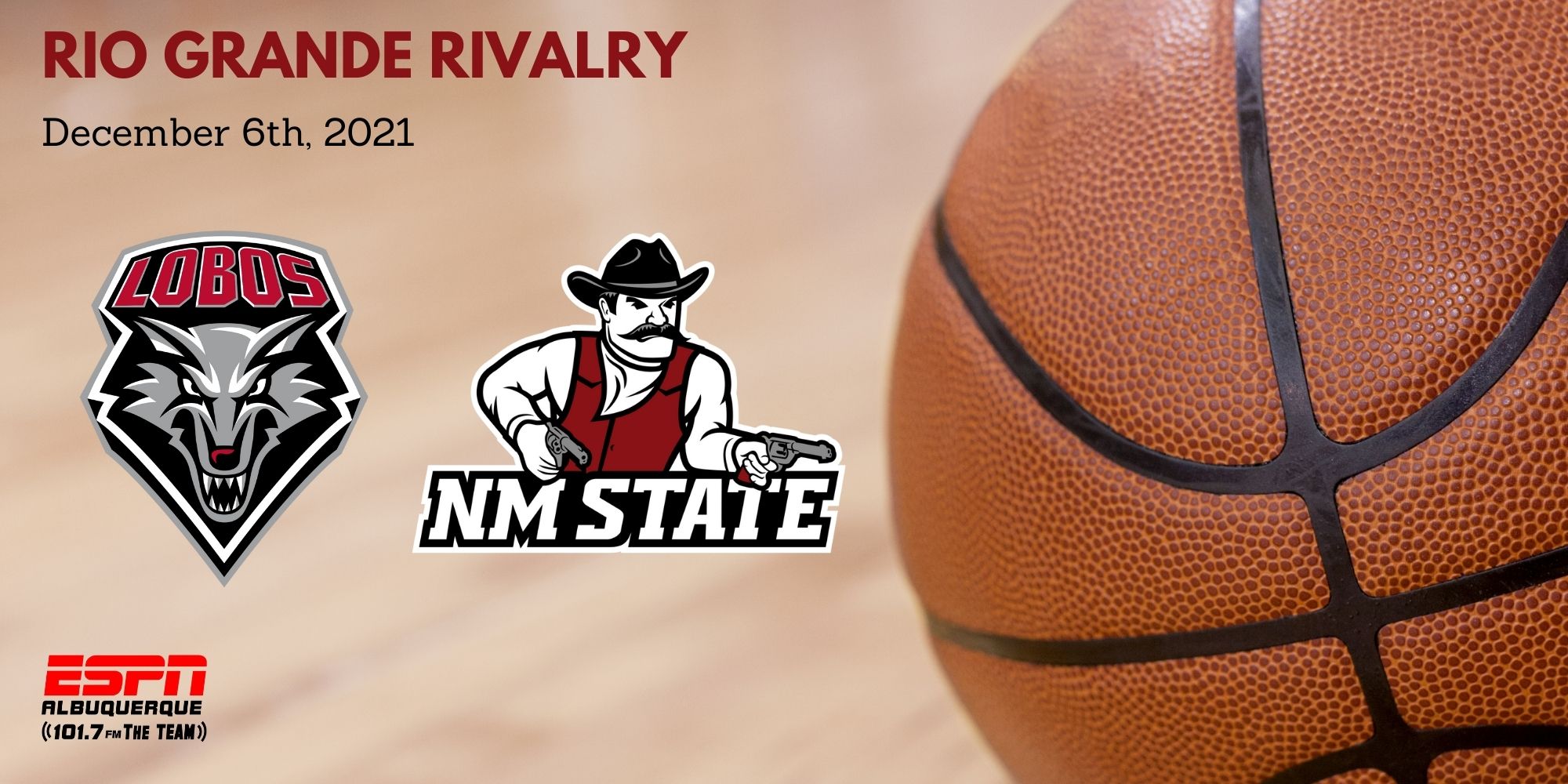 The University of New Mexico Lobos host in-state rival New Mexico State tonight at the Pit in the second installment of the home & home Rio Grande Rivalry for the 2021/22 season.

The Lobos won the first meeting last week in Las Cruces in what turned out to be a wild night that included a power outage at the Pan American Center.

Here’s to hoping that there are no power-related delays tonight in Albuquerque.

Teddy Allen led all scorers with 31 points on 8-16 shooting from the floor, including a perfect 12 of 12 from the charity stripe. Allen leads the team in scoring with 18 points per game, which fellow guard Sir’Jabari Rice second with 14.1.

How the Lobos play defense against those two guards will be a key to this game, as the duo scored 52 of NMSU’s 94 points in the first meeting.

The Aggies enter the game with a 6-2 record, including an impressive 72-69 win on the road against UTEP last Friday.

In addition to riding the momentum of a solid road victory in El Paso, the Aggies will have coach Chris Jans patrolling the sidelines at the Pit. Jans was absent from the first meeting due to COVID-19 protocols.