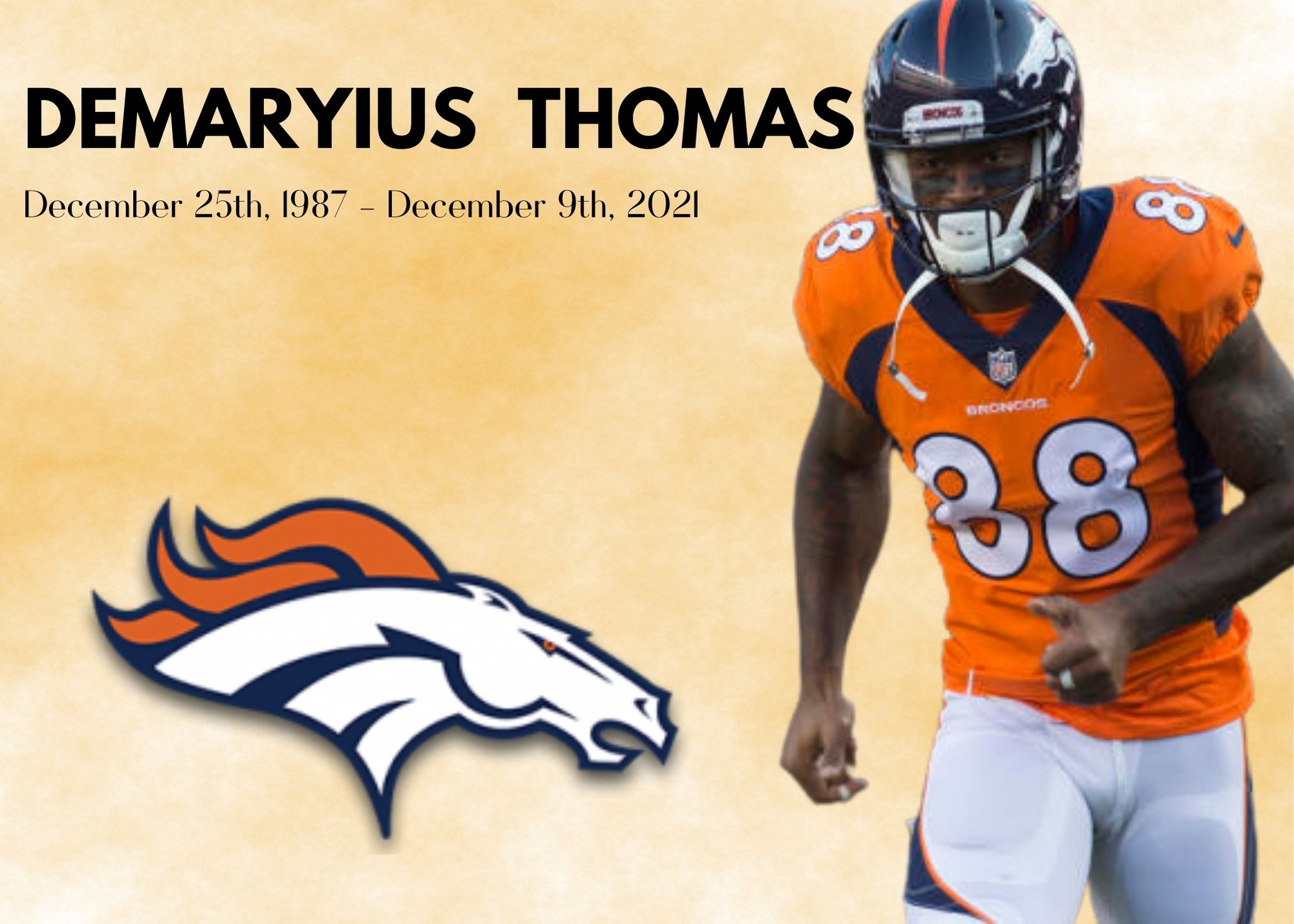 Bronco fans and the NFL community lost a legend last night with the news of the passing of wide receiver Demaryius Thomas at age 33.

According to multiple reports, including ESPN.com, Thomas was found yesterday at his home in Roswell, Georgia, dead from an apparent medical condition. According to the police, foul play does not look to be involved.

Thomas, who would have turned 34 this Christmas, played 125 games for the Broncos over nine seasons, posted 665 catches for 9055 yards and 60 receiving touchdowns. He had five consecutive seasons of at least 1000 receiving yards, including a career-best 1619 receiving yards in 2104.

Not only was Thomas a legend on the field, but he was also beloved by his teammates, friends, family, and throughout the NFL.

“Woke up and saw the really devastating news about my teammate and friend, Demaryius Thomas. So many are going to remember him for his athletic ability… but I’ll be remembering him for his kindness, his smile that would light up a room, and the love he had for those in his life.” Said former teammate Tim Tebow via Twitter.

“DT was a better person than he was a player, and he was a Hall of Fame player,” Manning said. “That tells you how good of a person he was. He treated my kids like they were his own. He was there for every teammate’s charity event. … Absolutely devastated.” Added hall of fame QB Payton Manning on his Twitter feed.

Thomas was a 4x Pro Bowler, twice named to the second-team all-pro squad, and was an integral part of the Denver Bronco team that won Super Bowl 50.