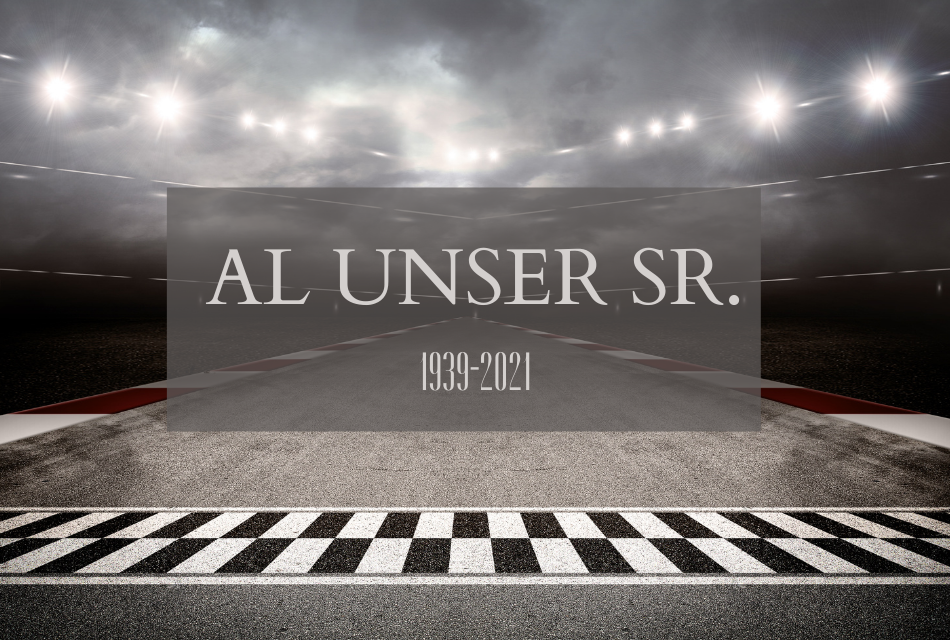 The racing world lost an icon on Thursday with the passing of Al Unser Sr.

According to ESPN.com, Unser Sr. passed away at his home in Chama, New Mexico, with his wife Susan by his side.

“My heart is so saddened. My father passed away last night,” He was a Great man and even a Greater Father. Rest In Peace Dad!” Said his son, Al Unser Sr., on Twitter.

“Al was the quiet leader of the Unser family, a tremendous competitor and one of the greatest drivers to ever race at the Indianapolis Motor Speedway,” said Roger Penske of Unser Jr in a statement.

“We were honored to help Al earn a place in history with his fourth Indy victory … and he will always be a big part of our team. Our thoughts are with the Unser family as they mourn the loss of a man that was beloved across the racing world and beyond.”